Beijing Design Week 2014: Naihan Li Presents 'I AM A MONUMENT' at Gallery All in 751 D.Park

A mover-and-shaker in the Chinese creative scene for a decade now, Naihan Li got her start working for Ai Weiwei upon returning to Beijing after completing her studies at London's Bartlett School of Architecture. After subsequently working with various art and design organizations, she founded her own studio in 2010 and is perhaps best known for her CRATES series. This year sees the debut of the I AM A MONUMENT collection at Gallery ALL in the 751 D.Park, as well as a move from the Red Bricks studio/gallery compound (where she hosted an exhibition in her live/work space last year), around the corner to a converted factory. (Rest assured she's still based in Caochangdi, although she handed off her BJDW curatorial duties to Ben Hughes, who gave us a brief tour of the place last week.)

Some two years in the making, the pieces in I AM A MONUMENT take the form of scale models of various landmarks from the Western world: the UN building, Pentagon, New York Stock Exchange and Edinburgh Palm House, which have been re-imagined as a bookcase, bed, shrine and terrarium, respectively. The four new pieces are exhibited alongside the "Armillary Whisky Bar," which was commissioned by Melbourne's Broached Gallery in 2013. Li's artist statement invokes a critical examination of the relationship between art, architecture and design:

I AM A MONUMENT originated from Naihan's recognition of the Chinese desire for giant art installations in their homes. People want to own things that are monumental. This desire traces back to Chinese traditional paintings, which play with the idea of scale from a subjective point of view and minimize the universe. Chinese artists attempt to zoom in to a large part of the world on a small scale. The I AM A MONUMENT collection shrinks a landmark building 100 times and turns it into a utilitarian furniture piece, allowing collectors to contain something that is extremely large inside a room of their house. 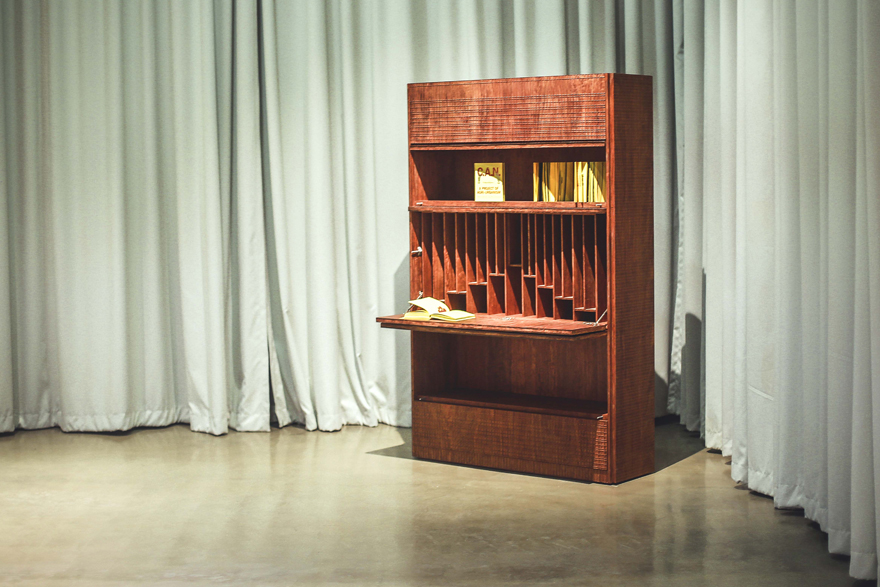 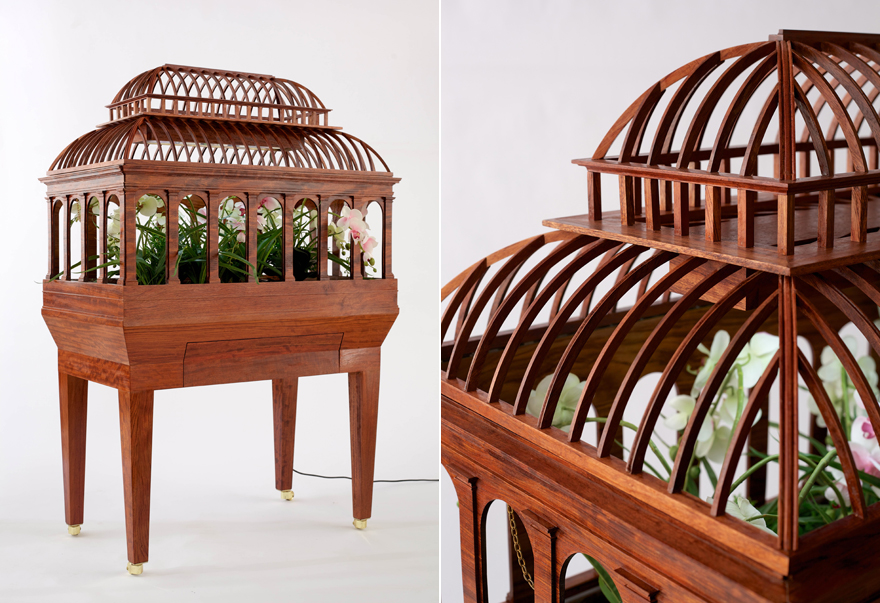 The Edinburgh Palm House at the Royal Botanic Gardens 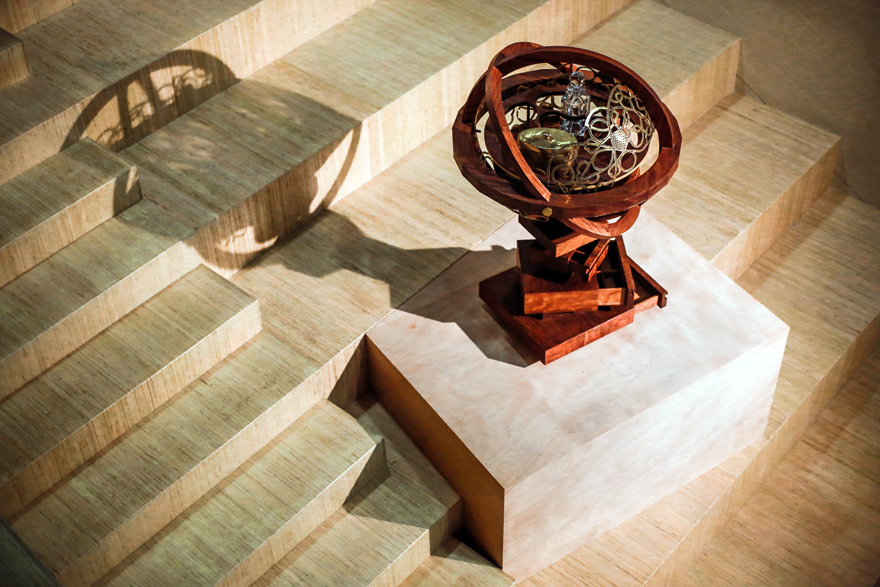 Just as the crates represent a kind of horizontal hybridization between the two related but functionally distinct domains of furniture and storage, the monuments present architectural typologies as both sculptural forms—i.e. art objects—and usable furniture. Thus, the collections are disparate manifestations of architectural discourse at the scale of furniture, where the preciousness of the iconic buildings marking a stark contrast to the embodied pragmatism of the self-contained crates.

Similarly, the 2011 series conceptually alluded to the forces of globalization and urbanization, while I AM A MONUMENT is a (at times more pointed) commentary on culture via architecture. The Pentagon is "the safest bed in the world"; some might consider both the UN and a bookcase to be superannuated; the NYSE is an easy shorthand for wealth. (The armillary bar is not exactly a monument but a historical astronomy instrument; Broached Gallery, which originally commissioned and exhibited the piece in 2013, has a more detailed exegesis.)

Of course, I AM A MONUMENT series captures several levels of meaning: Each article of furniture is a kind of maquette turned into a finished piece—the ultimate example of an exhibition-worthy scale model—or alternately, it's a riff on the tradition of architects designing furniture. The fact that the notion of miniaturization—relatively speaking, of course—also evokes play, as in a dollhouse, only augments the richness of these pieces, but it is the level of detail and craftsmanship that makes them beautiful in their own right, symbolism notwithstanding.

Here, for good measure, are a few photos of the studio in which the pieces were fabricated; upon revisiting these images, I can't help but notice how machines look curiously like buildings as well (photos by Ray Hu):

Beijing Design Week 2014: Naihan Li Presents 'I AM A MONUMENT' at Gallery All in 751 D.Park