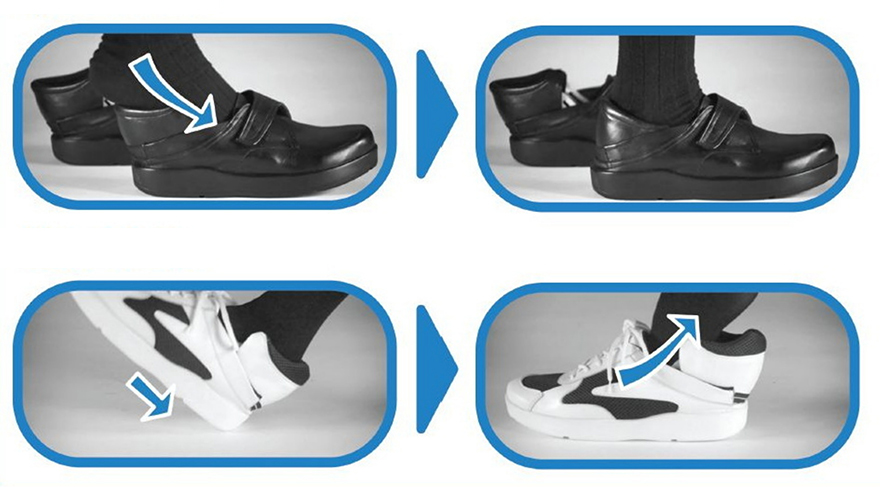 Most new sneaker designs we see these days involve fancy new materials, new production methods and/or experimental soles. But in terms of function, they remain the same as they've been for decades. Inventor Steven Kaufman's Quikiks, on the other hand, have a very unique design feature: They can be donned and removed without the use of your hands.

"There are 50 million people just in the United States," says Kaufman, "with various physical or cognitive challenges that greatly limit their ability to don their own footwear." Kaufman was inspired to design the opening/closing mechanism, which can be applied to a variety of footwear styles, after his son Alex was diagnosed with scoliosis and forced to wear a brace that prevented him from bending over to manipulate his shoes.

"I didn't know anything about shoe making," writes Kaufman. "I just had a vision of how it might be possible." He then put in five long years and produced dozens of prototypes, and now his designs are finally ready for primetime. Here's how he developed them, and how they work:

Ironically, by the time the Quikiks design had been perfected, Kaufman's son was out of the brace. But Kaufman had no intentions of abandoning the project and is now seeing them through to production, having run a successful crowdfunding campaign to generate the needed capital. "I'm doing it because I've met so many people over the past five years that really need them—either putting their own shoes on is difficult or painful, or just plain impossible and they must rely on a caregiver to do it for them, just as Alex relied on me," Kaufman explains. "In either case, their quality of life and independence suffers.

"One woman I met told me that her son with Cerebral Palsy can basically manage for himself—except for putting on his shoes and that my shoes will allow him to go away to college. Whoa! What am I supposed to say to her, 'Sorry, I guess Junior will have to make other plans?' I don't think so!"