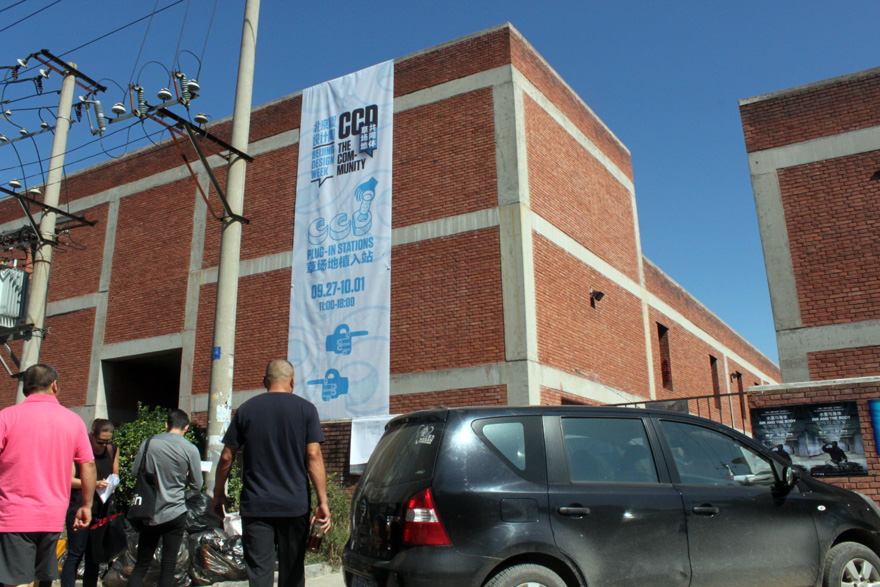 The short story of the Caochangdi artist's village is that Ai Weiwei more or less singlehandedly established a creative community in a residential neighborhood on the outskirts of Beijing. The experiment worked, and CCD is now home to dozens of artists and designers, as well as galleries and studios, and is rightfully among the primary sites of Beijing Design Week. Although it's mostly concentrated in a self-contained cluster of austere buildings in the heart of the neighborhood, there is a sense in which Ai's Red Brick complex endures as a vital hub for Chinese design.

"It's a strange area—it's a village on the edge of the city; it hasn't been the subject of regeneration or development or top-down beautification," says Ben Hughes, who curated the exhibition for this year's weeklong celebration of design. "All of the galleries here are entrepreneurial and sort of grassroots. It's a working village—it has its rough edges." 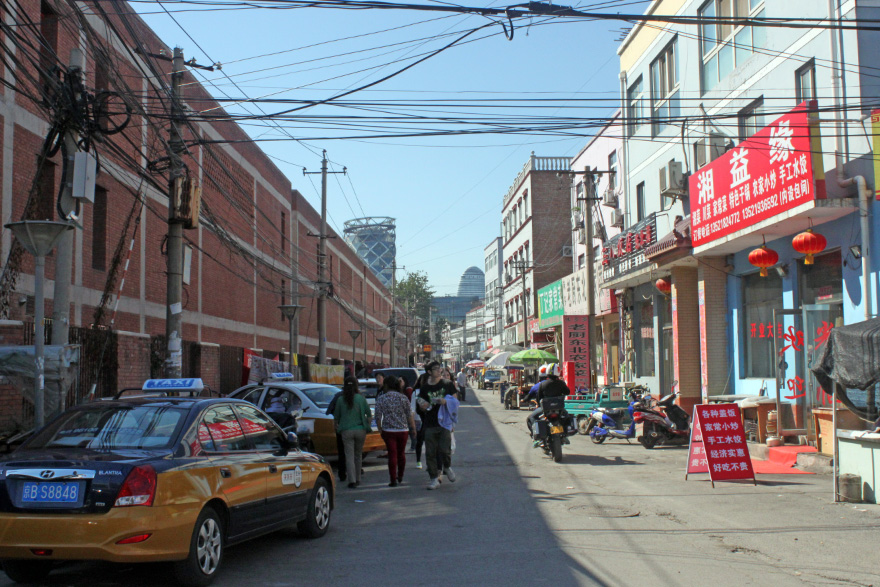 Hughes would know, having embedded himself in a live/work space shortly after he relocated to Beijing from London, where he taught at Central Saint Martins, in 2011; he currently works with his partner Alex Chien as A4 Studios. Despite the camaraderie between most everyone who has set up shop there, he notes that the Red Brick complex can be quite desolate at times, the interlocking planes of red and light gray that cast long shadows across the interstitial plazas and alleyways. (The locale is dramatized in Jason Wishnow's recently released dystopian short film Sand Storm, starring none other than Ai himself.)

"In China, design is quite often portrayed as highbrow [or] elitist—something that you need to be quite wealthy to take part in or enjoy," explains Hughes. "For Design Week, the message we're trying to [convey] is that design is accessible... that design is more about everyday things that everyone can get involved with. In the courtyards here—which are normally very brutal, very stark—we've tried to create more like a fair, a village fête kind of atmosphere." To that end, he set out to engage the locals by expressly fostering participation, namely through 'Plug-In Stations': "Things you can take part in, things you can make, things you can draw, things you can produce and take home." 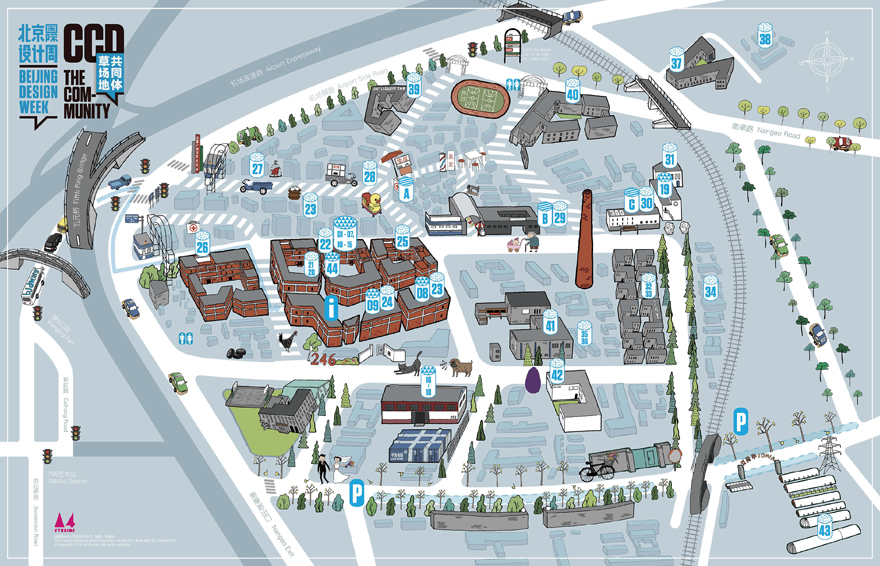 A4 Studios designed the map, which incorporates street-level sights as landmarks; see the full version here

Here are a few snapshots of the opening day, which was a success by all accounts. 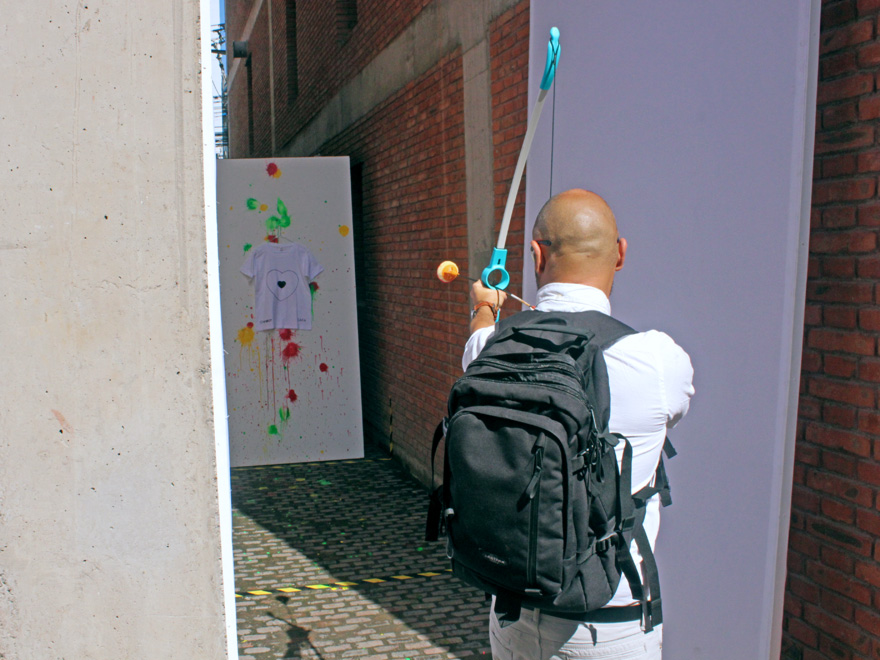 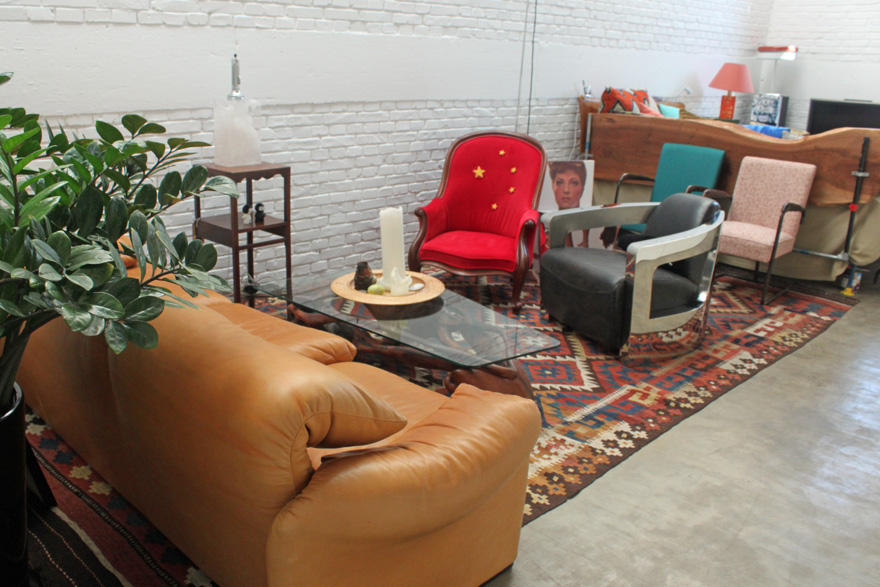 The lounge area of A4 Studios 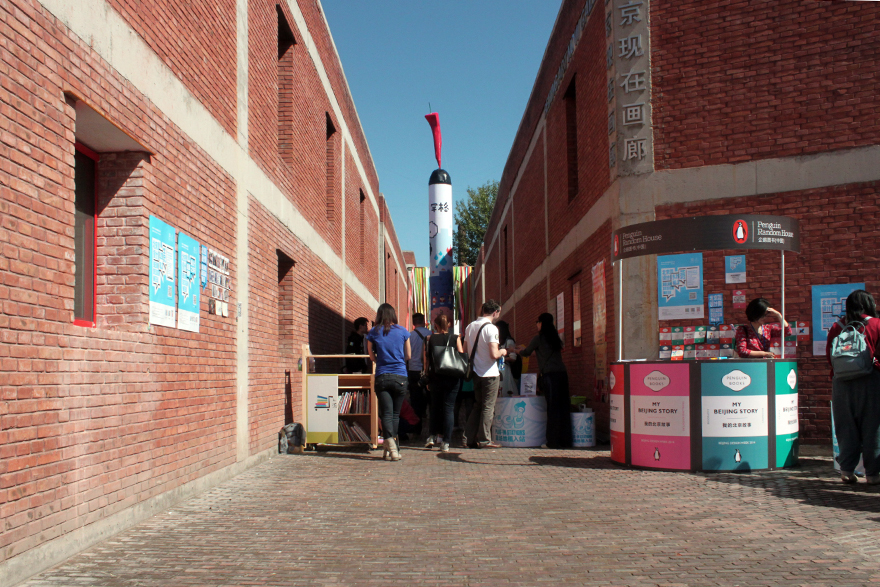 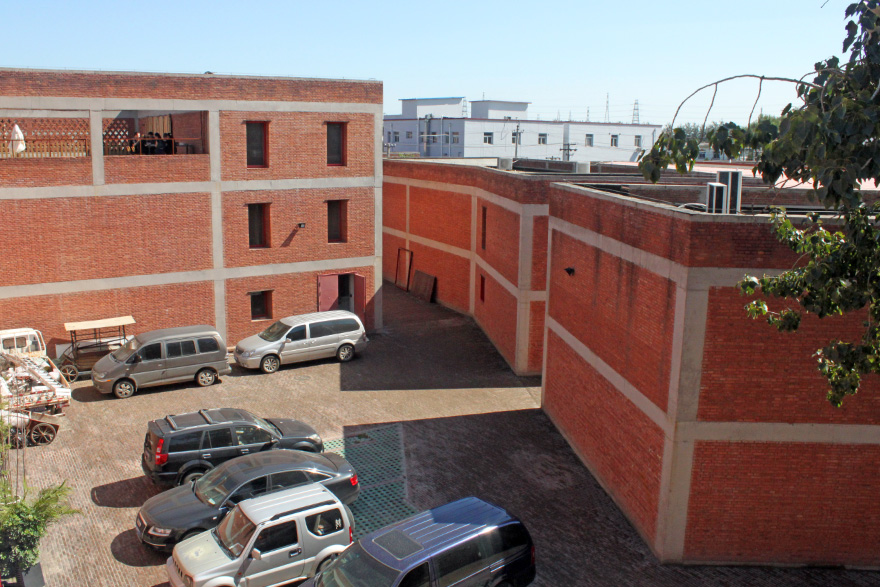 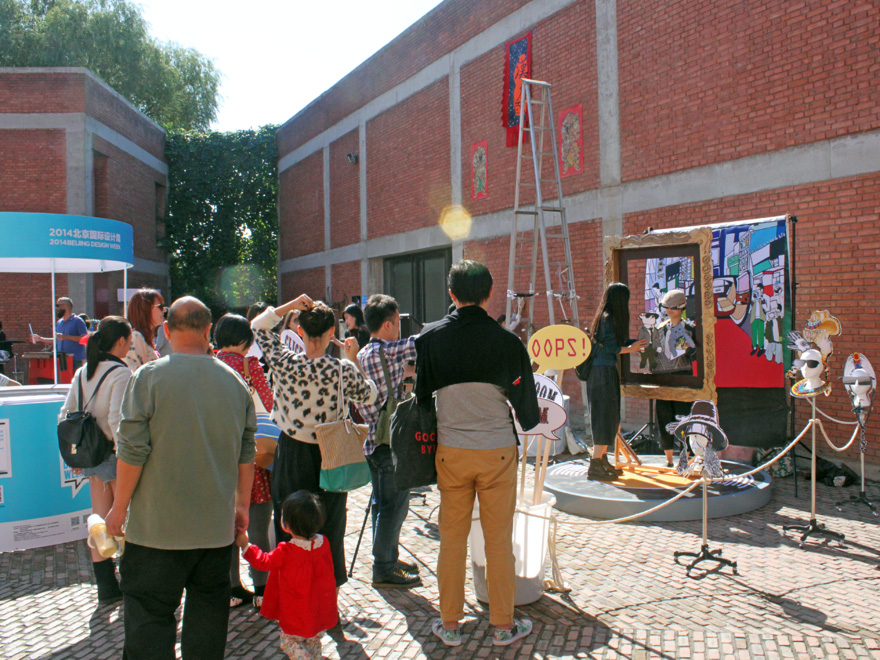 The photo booth was another CAFA project 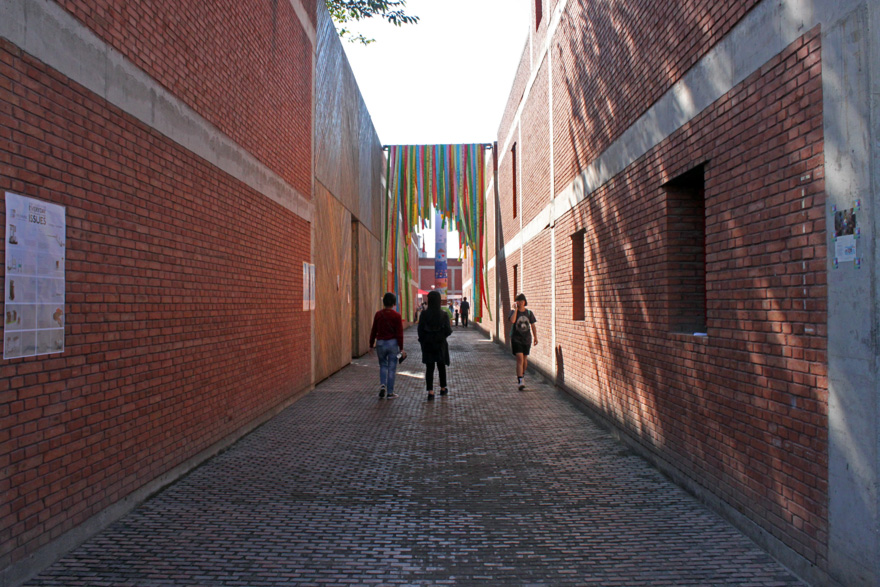