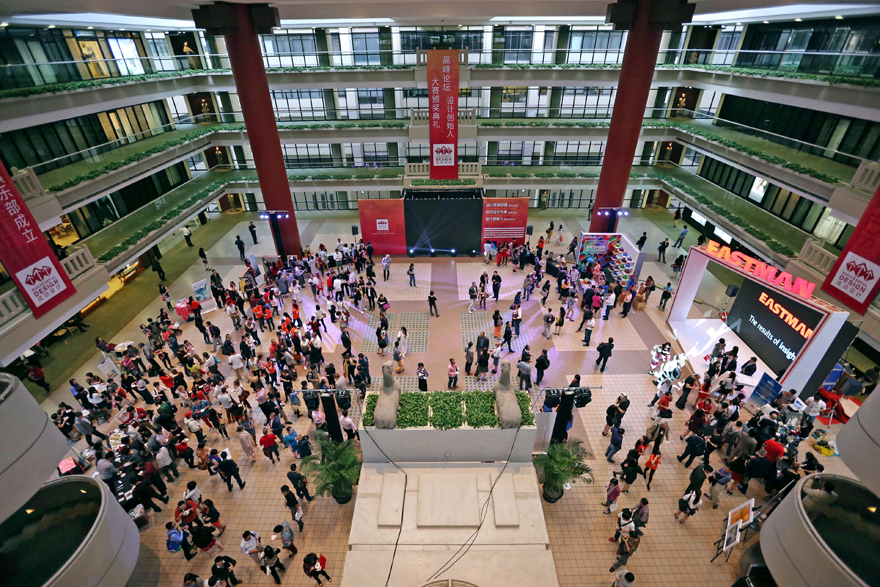 Business executives, designers and Chinese government officials alike received a hefty dose of knowledge and insight this past weekend about the value and importance of design not only to products and environments but also to the human condition.

A diverse mix of more than 700 attendees—of whom roughly half were non-designer, C-level business officials—attended the inaugural Design Success Summit at the Portman Ritz-Carlton Shanghai on Oct. 11 to listen, learn and debate the role that design can play in enhancing business and improving lives. Held in the midst of Shanghai Design Week, the day-long conference was capped by presentation of about 180 awards to the winners of the ninth annual Successful Design Awards competition.

An underlying yet high-minded theme that emerged at the DSS event, in addition to its stated goal of "amplifying the value of design," was the role that designers can and should play in the betterment of society.

In the highlight of the event, Don Norman, former Apple VP and co-founder/principal of the Fremont, Calif.-based Nielsen Norman Group (and sometime Core77 columnist), tag-teamed with Prof. Patrick Whitney, dean of the Illinois Institute of Technology's Institute of Design, on a 90-minute discussion, during which the pair challenged the aspiring designers in the audience.

Referring to design as "the intermediary between technology and people," Norman urged young designers to become generalists, not specialists. He suggested that students not major in design, but rather focus on gaining an understanding in history, literature, politics, and other such broad-based topics, because designers need to be able "to look at the entire issue." The key, he suggested, is not just solving the immediate problems that present themselves, but rather analyzing the entire situation. "Design is not about giving you answers," he said, "it's a process to determine what the real problem is." 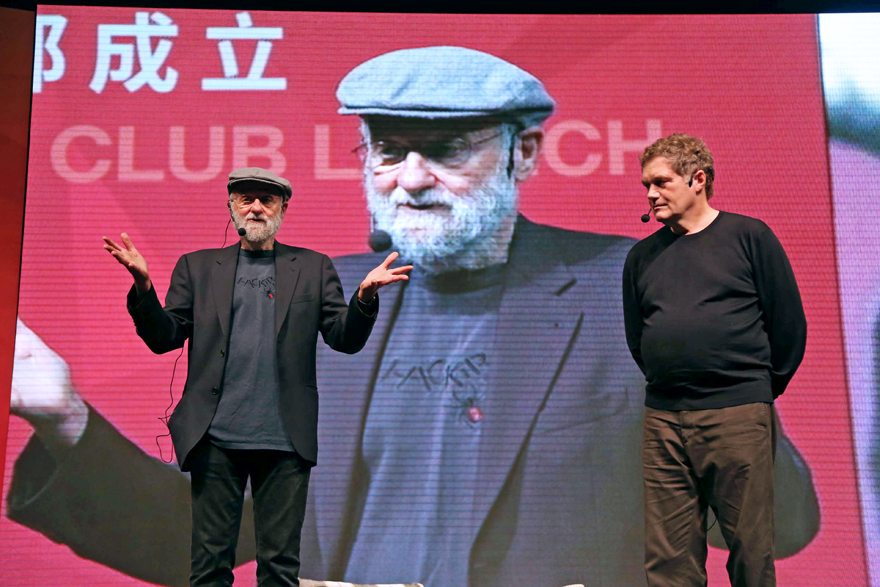 When asked about their views of Chinese designers, Norman and Whitney suggested things are improving but also offered some counsel. "Ten years ago," Whitney said, "there was a passion for copying design in the West. Now there is much more self-confidence on the part of Chinese students and Chinese designers to be Chinese—and that's extremely healthy."

History has a way of repeating itself, Norman added: "This is true universally—in the 1800s Americans copied Europe, and then the Japanese copied the Americans, then Koreans copied the Japanese, and now the Chinese, well..." he said, to laughter from the audience. "But all these countries first copied, and that's how they learned their skills. And then they went on to become leaders. So copying is not a bad way to start—if you think of it as a start, not as the finish."

In fact, Norman exhorted the group, "don't copy us, because we are on the wrong path. We make more and more stuff that people don't really need, stuff that ruins the environment, stuff that we throw away after we use for six months. That's not the way the future should be."

Whitney said that designers have been complicit with advertising and public relations in promoting an image of the good life that always involved acquiring more stuff. But he said psychologists know that people aren't happier when they have more stuff—and surely, he suggested, we should be striving to help people achieve more happiness.

This opens the door for new, innovative services, which in turn creates an opportunity for designers to help conceive, create and execute more environmentally friendly solutions. The house-sharing service of Airbnb is a good example, whereby it increased the amount of available accommodations without using resources to build more hotels. Similarly, Norman said, when driverless cars become popular, they will reduce the need for people to own so many vehicles, while also increasing mobility for the young, the old and the blind.

Designers have a role to play in the rise of China's service sector, added Rudy Wimmer, managing partner in Shanghai-based innovation and design strategy firm CBi China Bridge. (CBi was a founding partner of the independent platform SuccessfulDesign.org, which organized the Oct. 11 event).

In an interview following the conference, Wimmer said designers need to help educate their bosses and business leaders about how to do things better and smarter. Additionally, he noted, an increase in the availability of funding, through the rise of private-equity and venture-capital money in China, is providing an engine for the creation of various businesses—many of which will need design-related services. Having business-savvy designers as cofounders or start-up partners in new ventures "can be very powerful."

Speaking about Chinese trends, Cathy Huang, founder and president of CBi and co-founder of SuccessfulDesign.org, said the quality level of Chinese design has improved a lot in the past decade. A lot of good-quality people have moved to China from abroad, and more Chinese have studied or worked abroad and since returned home to practice the craft. (About 20 percent of those attending the weekend event were non-Chinese, she noted.)

Huang said that ten years ago, Chinese designers found the most opportunity, and status, in working for a foreign corporation. Now, however, more are leaving such jobs and either joining Chinese companies or starting their own consultancies. She explained that the newly launched Design Success Summit aims to help underscore how and why design and business are intertwined and vital to one another. "Design is a way of approaching and solving problems," she said, "so designers are important to business."

Another conference speaker, Cheaw Hwei Low, Singapore-based vice president and global head of product and service design for Philips Design, encouraged designers to focus on creating solutions that are practical and grounded in the present. "Our ability to imagine the future far exceeds our ability to create it," he said. "Can design lead a revolution? Maybe not," he acknowledged, but it still can play a transformative role, and can even help to save lives.

He offered as an example a recent Philips healthcare product called Visiq—a low-cost, portable ultrasound scanner that attaches to a computer tablet, allowing it to be used in people's homes or in rural areas. While Philips had to make many compromises in the design of the product compared to the million-dollar machines used in hospitals and clinics, it still provides a high-quality image that serves the purpose, and as a result has changed the entire process for providing such services to pregnant women in developing countries such as India.

In his presentation, Prof. Lou Yongqi, dean of the College of Design & Innovation at Shanghai's Tongji University, demonstrated how design thinking is being applied to help the development of rural communities in China by fostering small, but connected social networks in those areas to help improve communication and sharing of best practices. Conversely, he noted, innovation hubs are helping to introduce urban farming to major, densely populated Chinese cities.

Huang said SuccessfulDesign.org plans to organize a similar conference every year, and is considering holding it somewhere in China other than Shanghai in 2015. Regardless of where it takes place, there's no doubt the discussion about the value of design and its role in business will remain relevant and compelling.