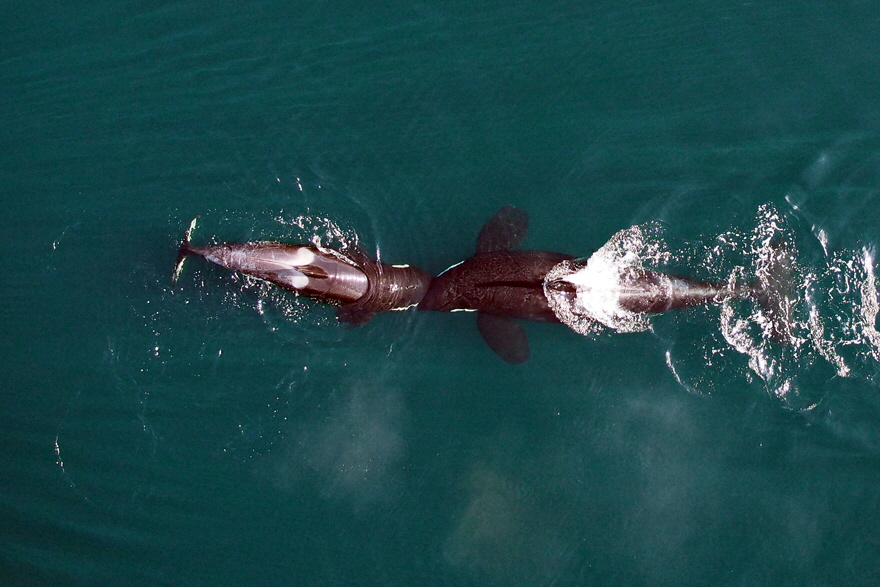 This Week in Aerial Imagery: Top-Down Typography and Killer Whalewatching

We've long been enamored with the Eames' Powers of Ten short film, which is as much an introduction to aerial photography as it is to the math behind astronomy and biology. Just as everyone now takes beautiful images (and the retina displays to view them on) for granted, there is also a sense in which we are collectively GPS-enabled: After all, digital cartography is perhaps the most practical application of constant connectivity, and we can thank one company for the ability to zoom out to god's-(or satellites'-)eye view with a pinch of the fingers. 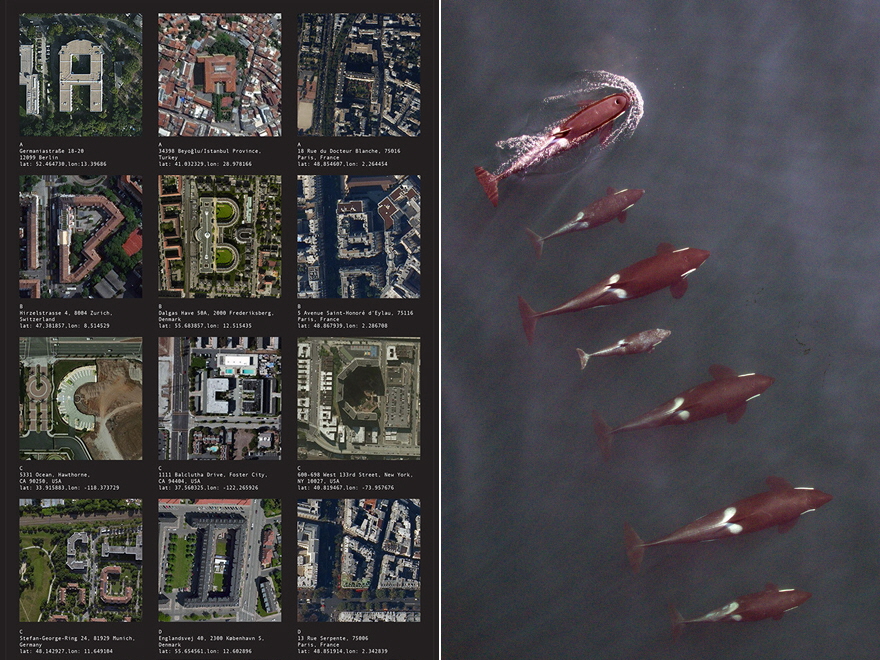 Benedikt Groß & Joey Lee take it even further with Aerial Bold, the "first map and typeface of the earth."

The project is literally about "reading" the earth for letterforms, or alphabet shapes, "written" into the topology of buildings, roads, rivers, trees, and lakes. To do this, we will traverse the entire planet's worth of satellite imagery and develop the tools and methods necessary to map these features hiding in plain sight.

The entire letterform database will be made available as a "usable" dataset for any of your art/design/science/textual projects and selected letterforms will be made into a truetype/opentype font format that can be imported to your favorite word processor. 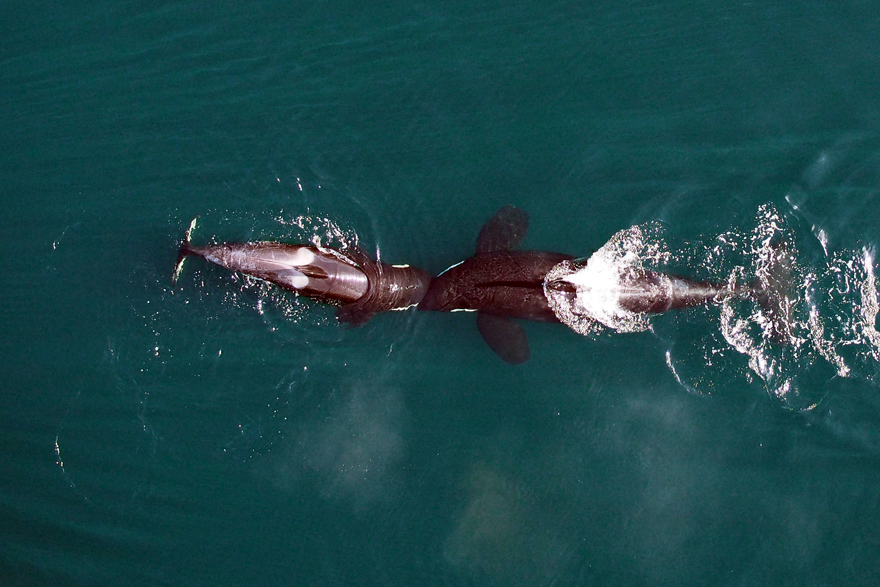 Similarly, the availability of the equipment affords new perspectives as well, and I was interested to see news of the first use of an "unmanned aerial vehicle to photograph killer whales from above." According to NOAA Fisheries:

The main question scientists are trying to answer is: Are the whales getting enough to eat? To find out, they fly the hexacopter at an altitude of more than 100 feet, high enough that the whales don't notice it, but near enough to get photographs that are incredibly revealing. Scientists have previously taken aerial photographs of killer whales from a helicopter, but those photos are taken from a much higher altitude, and the cost can be prohibitive.

More than you ever cared to know about what orcas look like from 100 feet in the air:

If you can't be bothered to eye pod, here's the TL;DW version:

[NOAA science writer] Rich Press: You know, from my perspective as a non-scientist, one reason these images are great examples of scientific photography is, in science, a lot of data wouldn't be visible or interpretable by non-specialists, right? I might be able to tell she was pregnant, but I can understand exactly what you're saying and I could see the data in the image as you talk about it.

[Population Ecologist] John Durban: I like that, and you're right. You know, you look at these images and anyone can become a scientist. You know, you can see the comparison between these whales, and I think that's what's so powerful. I mean, I don't think science needs to be complicated to be powerful. Really what we're doing is we're using one technology but to answer a very simple question—can we learn something about these whales from their shape? And it's simple, but I think we can learn a lot.