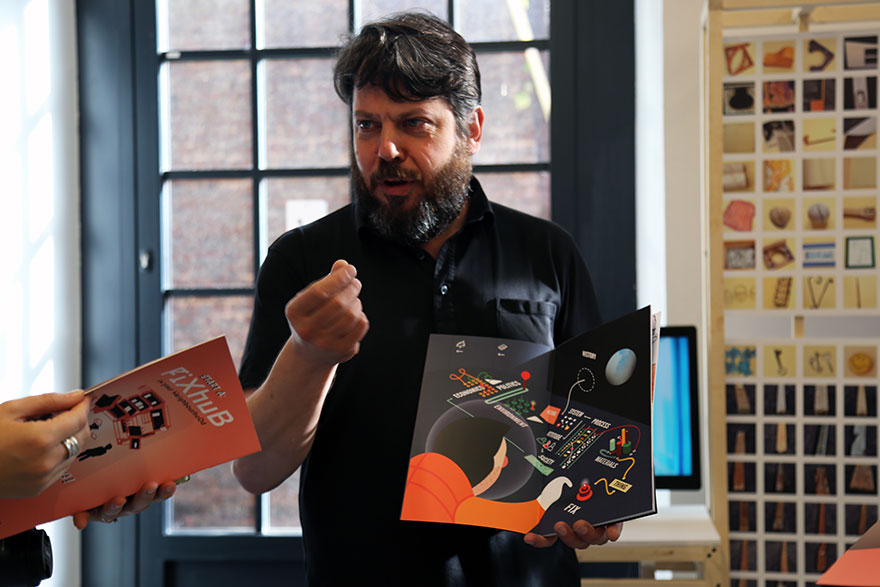 With London Design Festival having wrapped up only a couple of weeks ago, we headed over this week over to the other LDF in Łódź, Poland. Although the design scene of Poland may be relatively in its infancy, this year's festival in Łódź—the country's third biggest city, pronounced something link 'wodch'— marks the 8th year for the event, the words 'Brave New World' having been chosen as title and theme of this edition.

A large part of the festival hub in Łódź this year has been handed over to London-based designer and thinker Daniel Charny—founder of studio From Now On and rebel rousing advocate of the maker movement—to create a prototype of his proposed 'Fixhub' spaces. Building on the models and cultures of public makerspace like FabLabs and Repair Cafe, Charny's Fixhubs are part fix-shop, part library and part gallery brought together in a one stop shop for communities to be inspired, informed and equipped to action to extend the lifespan or usefulness of their belongings.

With lots of making workshops going on and a rack of materials to read, the gallery portion of the space showcased a wide range of making and hacking projects—a collection that Charny believes points to the coming of age of the maker movement. Likening the process to the early days of filmmaking, all the novelty and wacky experimentation (arguably much need to allow for learning) is finally giving way to works of much greater significance. 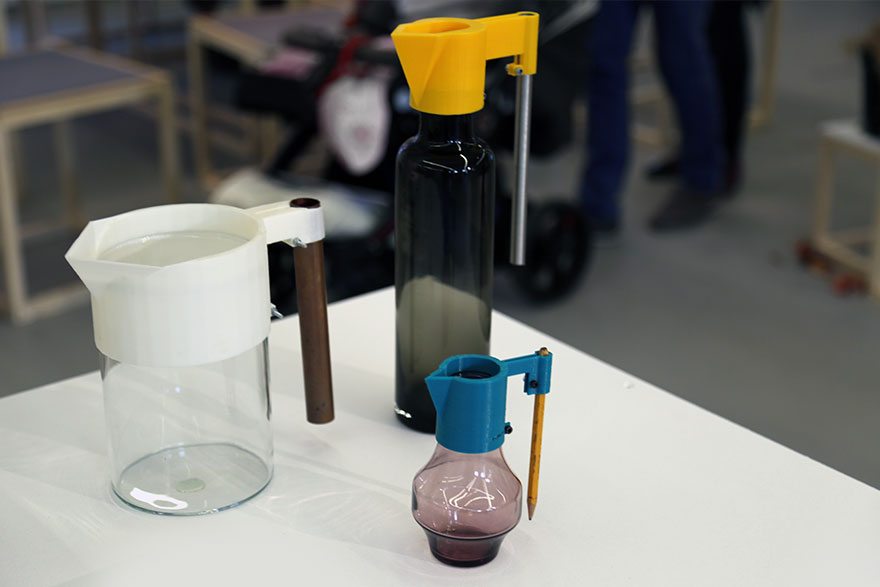 Launching officially at Dutch Design Week, Belgian studio Unfold and Dutch studio Kirschner3D gave festival goers in Łódź a sneak peek of their incredible 'Of Instruments and Archetypes'—a set of instruments that measure physical objects and transfer the dimensions to a digital model in real time, allowing users to then send these files off for 3D printing. On show with the video of the tools in action was a selection of vessels hacked with tools, different objects having been used for handles. 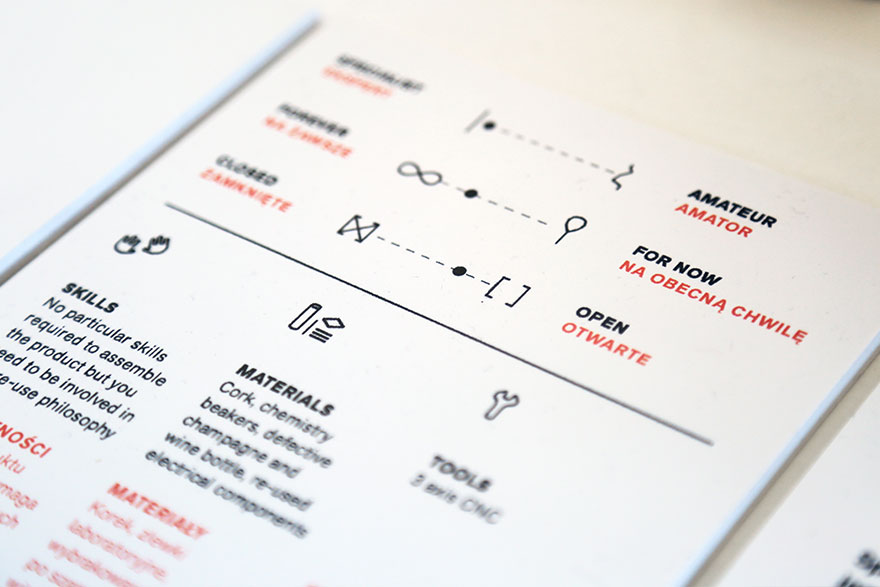 Activistic and analytical until the end, exhibits were accompanied by score-cards rating how open, enduring and democratising the fixing solutions are. 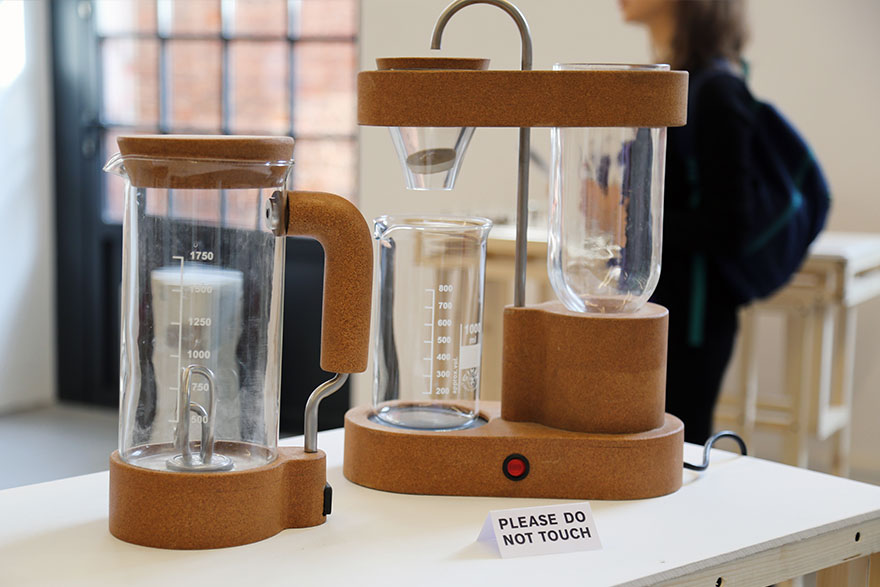 We were inspired all-over again by Studio Re-Do's clever reuse of consumer goods. The Re-Done Kettle and Re-Done Toaster were both reactions to the needless waste of valuable electronic components when poor-quality plastic casing breaks and renders them useless. The team at Re-Do identified the opportunity to strip out and reuse still functioning parts of these device housing them in simple cork casings and using standard parts such as science beakers for ease and durability. 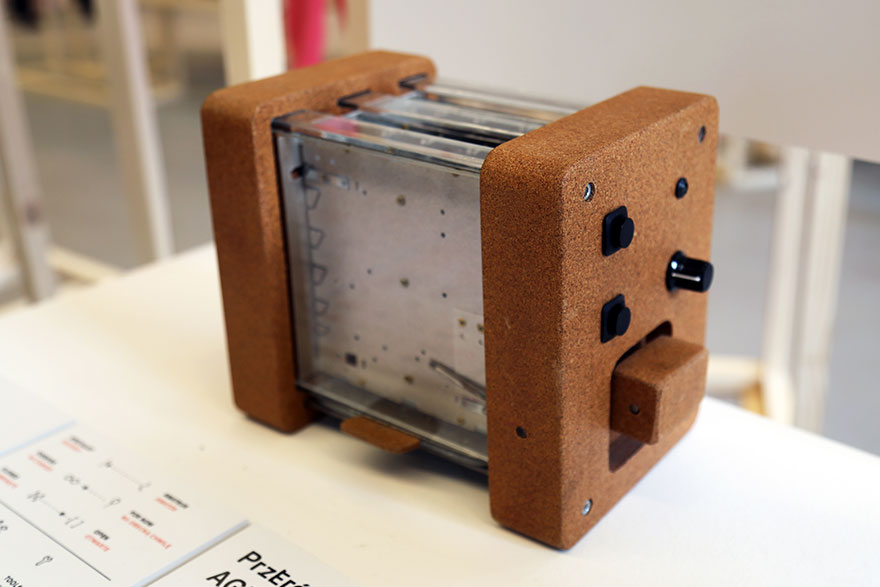 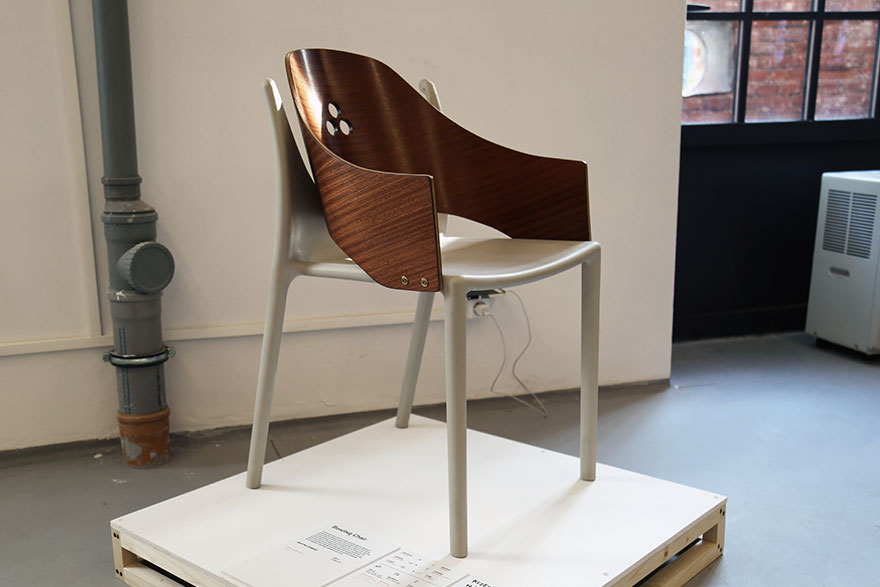 Martino Gamper is London-based designer notorious for his unusual hacks of furniture—here his 'Bowling Chair' made from combining the salvageable parts of two broken seats. 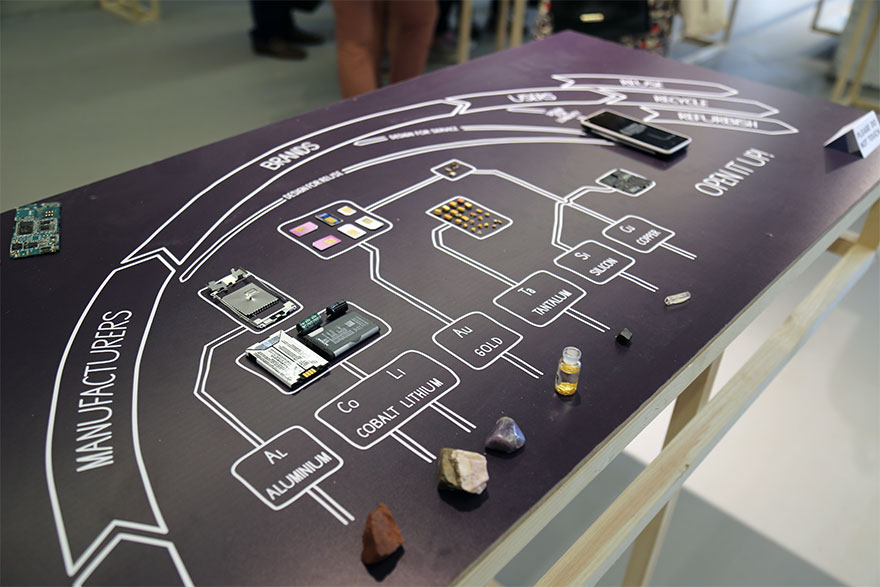 Socially and environmentally responsible smartphone manufacturers Fairphone—aspiring 'fixers' of the consumer electronic supply chain—contributed to the exhibit with an illustration highlighting the amount of materials going into making the little black boxes we carry around with us. 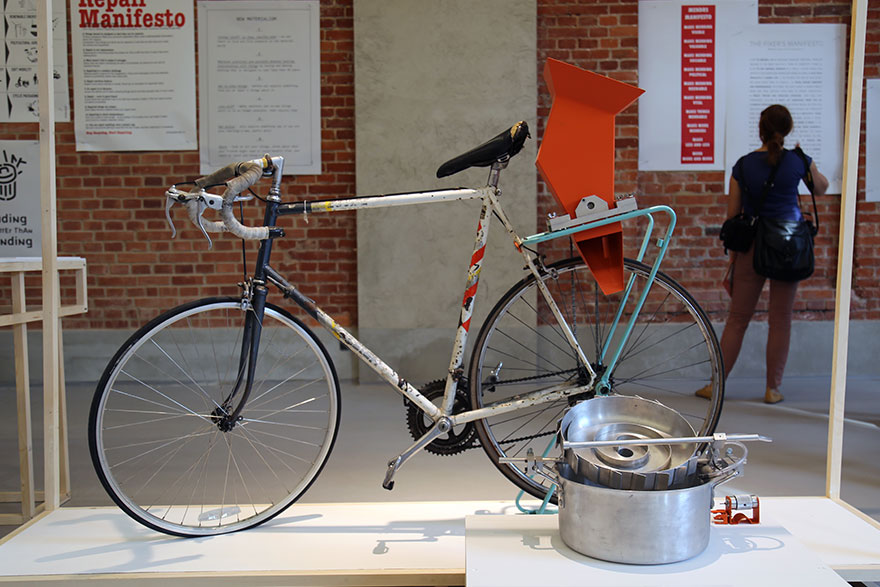 Esource is a bike hack addressing the needs of thousands of casual recyclers in developing countries—these workers being exposed to harmful chemicals and arduous labour in attempting to salvage precious metals from the vast amounts of e-waste dumped by the developed world. The bike is equipped with a grinder for grinding down the products and is accompanies by a novel panning-like process for separating the metal from the waste. 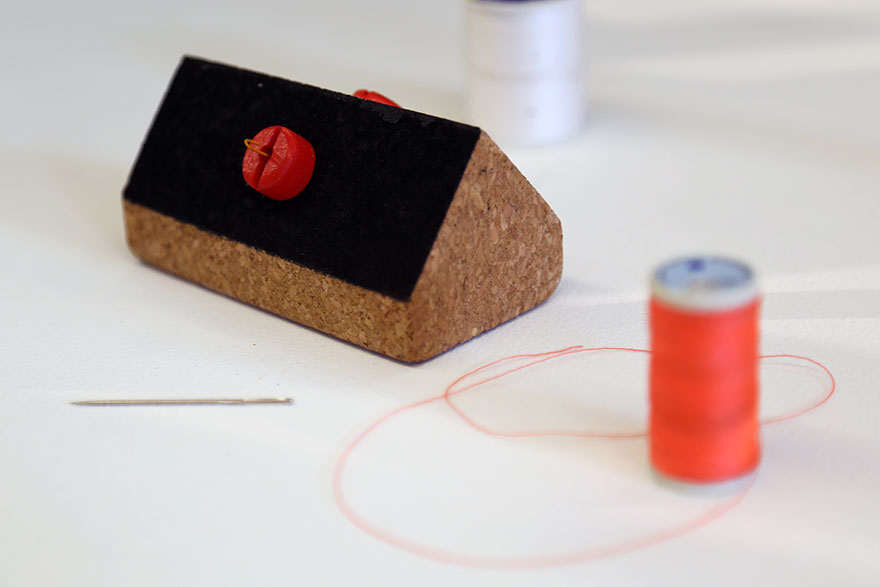 Also on show was this clever little contraption for threading needles designed as part of Fixperts—the inspiring program that links makers with those in need of assistance. Having originally been designed by students Maya Alvarado and Jake Rich for their FixPartner, Alena the instructions for making the object are now available from Saturday Market Project.

The exhibition was decorated with some provocative quotes from Aldous Huxley's 'Brave New World'—pointing to the sometimes dystopian state of global making and manufacturing. 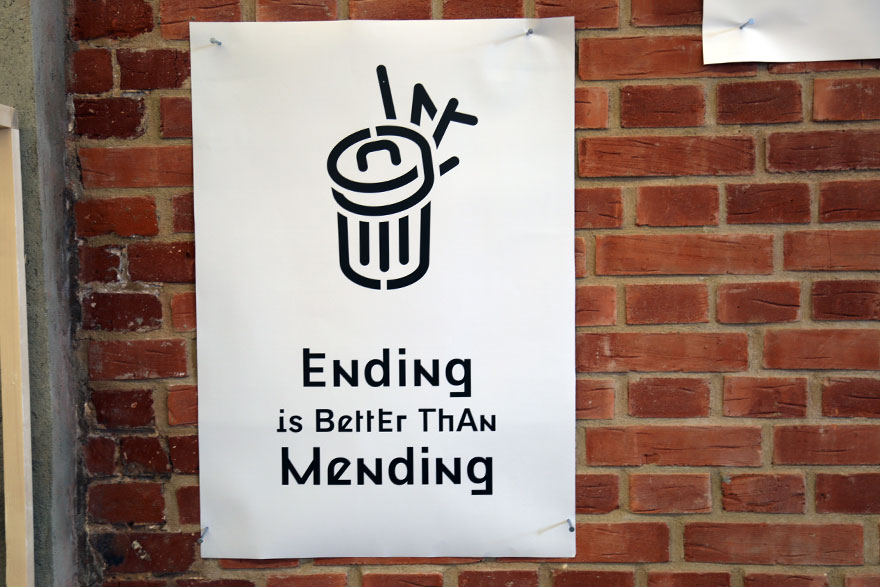