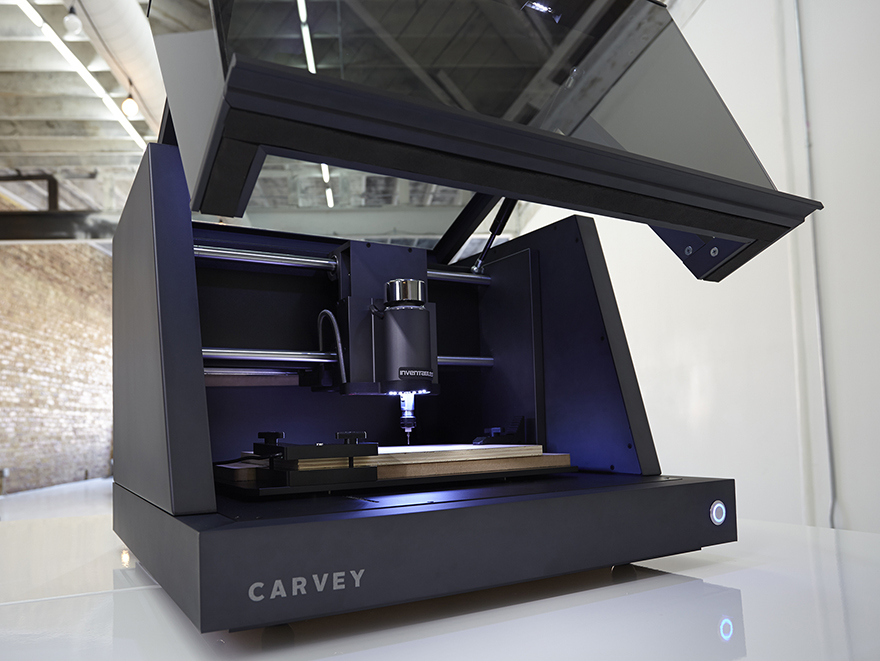 These are exciting times for those looking to get into digital fabrication, as the technology really is starting to trickle down. With MakerBot the go-to for desktop 3D printing and ShopBot cornering the shop-based prototyping and production market, Inventables reckons there's room for something in-between: A machine it's calling Carvey, designed by Scott Wilson and MNML. 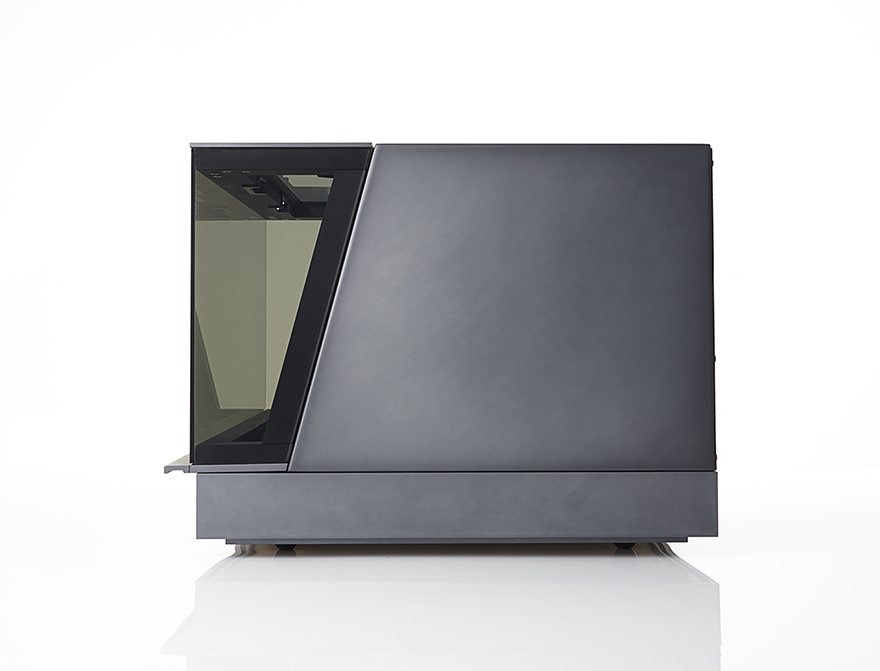 Billed as a "3D carving machine," what Carvey has in common with MakerBot's Replicator line is the fully-enclosed, desktop form factor; these are machines that could be placed in the office portion of a design firm, as opposed to the heavy-duty machines in the modelmaking shop area. 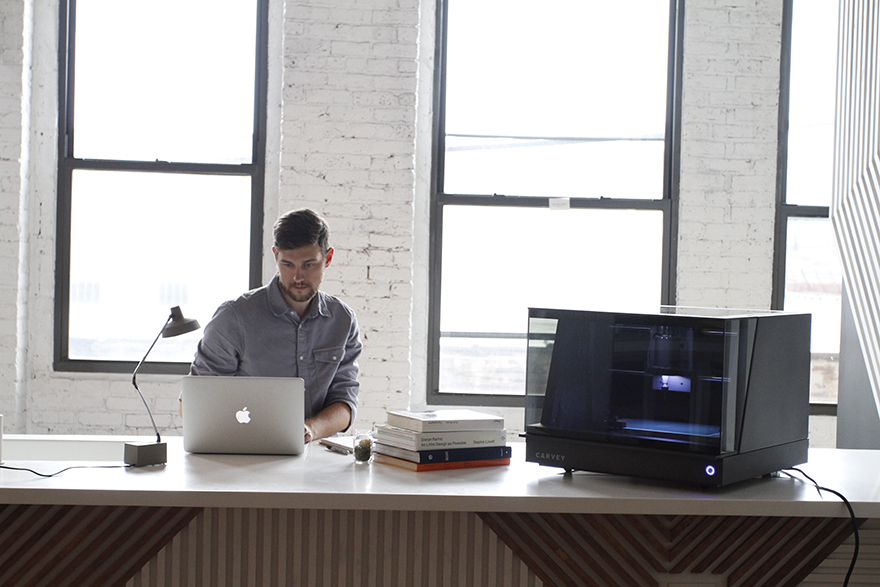 Where it differs from the MakerBot is in what it has in common with the ShopBot line: Carvey is subtractive, not additive. It's essentially a CNC mill, albeit it a miniature one. With a work area of just 12" x 8" and a Z-axis of under three inches, it's no competitor for a ShopBot (whose entry-level Desktop roughly doubles the work area in all axes), but it's not meant to be; while you won't be using Carvey to produce furniture, it's meant to be good enough to produce smaller items like sunglasses, jewelry, small signage, electronics enclosures, et cetera, out of wood, plastic or metal. 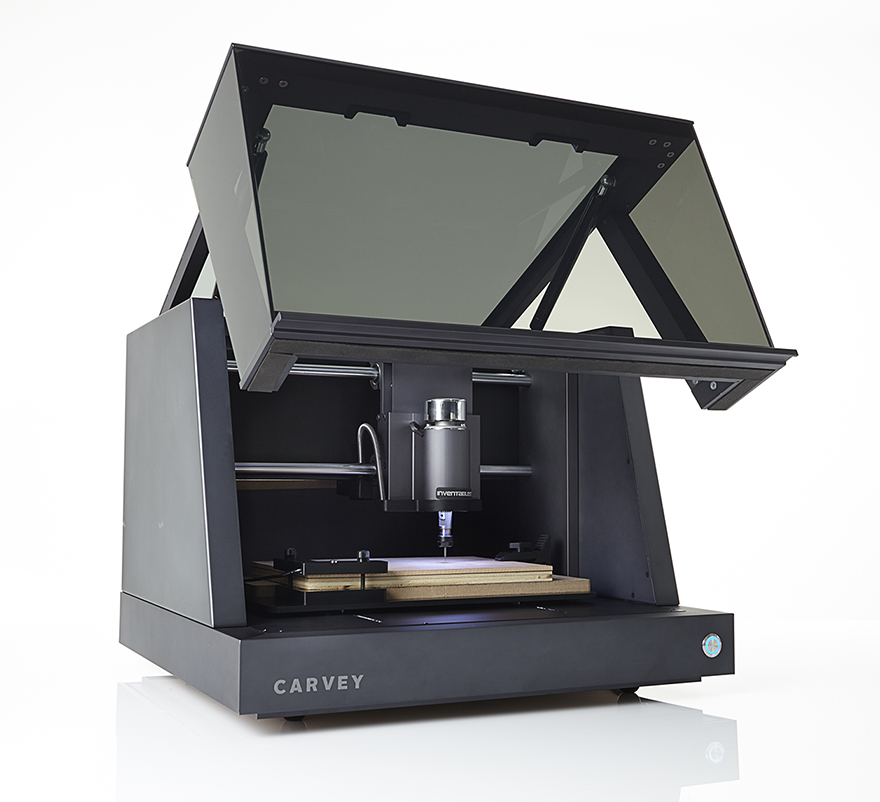 The device is meant to retail around the $2,000 mark, and to get the production rolling a Kickstarter campaign was launched just this morning at 9am EST. Incredibly, it surpassed its $50,000 target within an hour of going live. Here's the pitch:

Carvey is estimated to begin shipping in September of 2015.