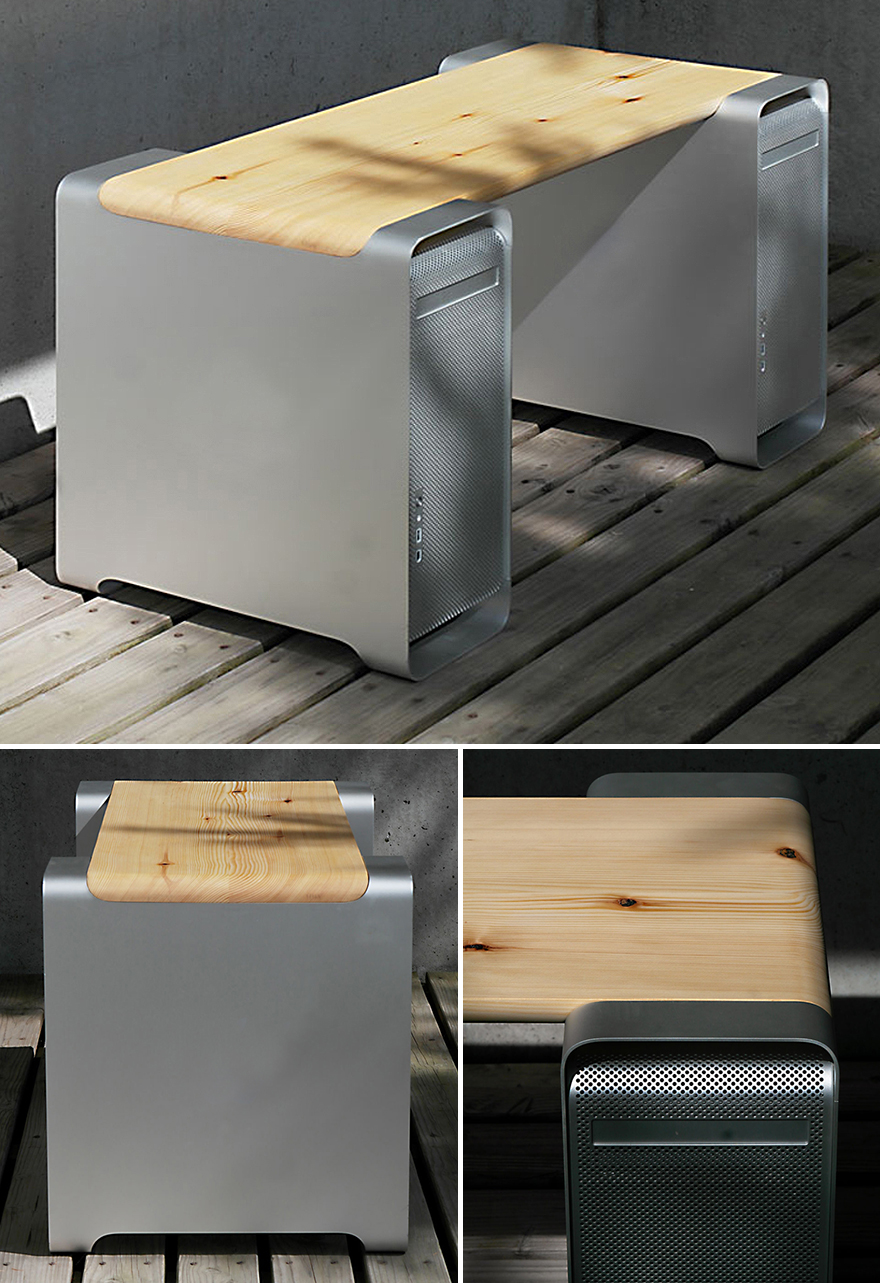 It is a shame that the Power Mac G5, and the first-generation Mac Pro, are these beautiful hunks of aluminum that have no present-day use. While the conscientious may deliver them to recycling facilities, wouldn't it be cool if the shells could be usefully repurposed? Germany-based designer Klaus Geiger thought so, and machined a solid piece of walnut to perfectly match the radii in the G5 tower's handles. 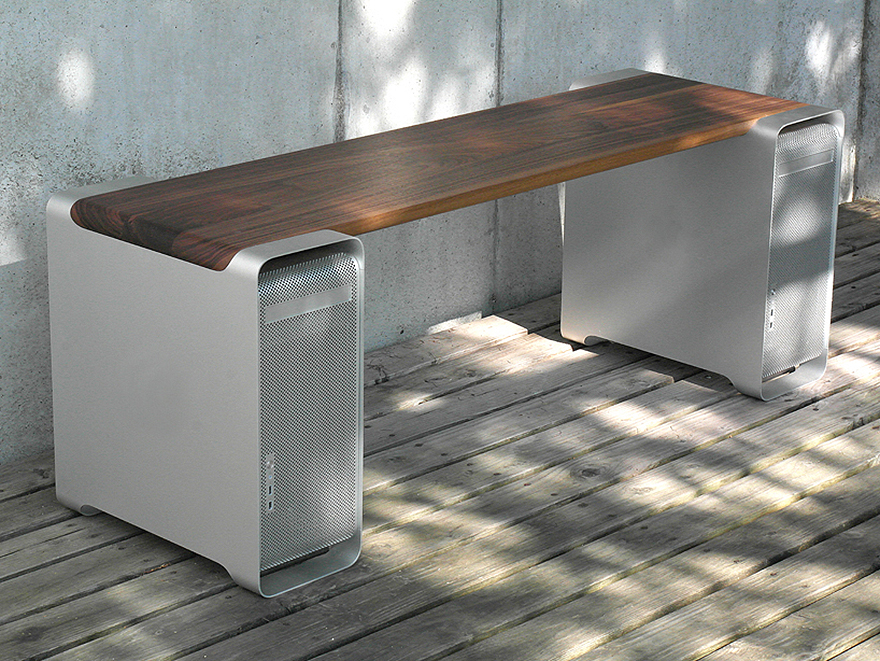 Though Geiger's one-off bench was created for a freecycling event in Freiburg, he subsequently became intrigued by the idea of upcycling G5 shells, stating "they are simply too good to be disposed of." He produced at least a couple of other pieces, like the one seen up top and this rolling set of drawers... 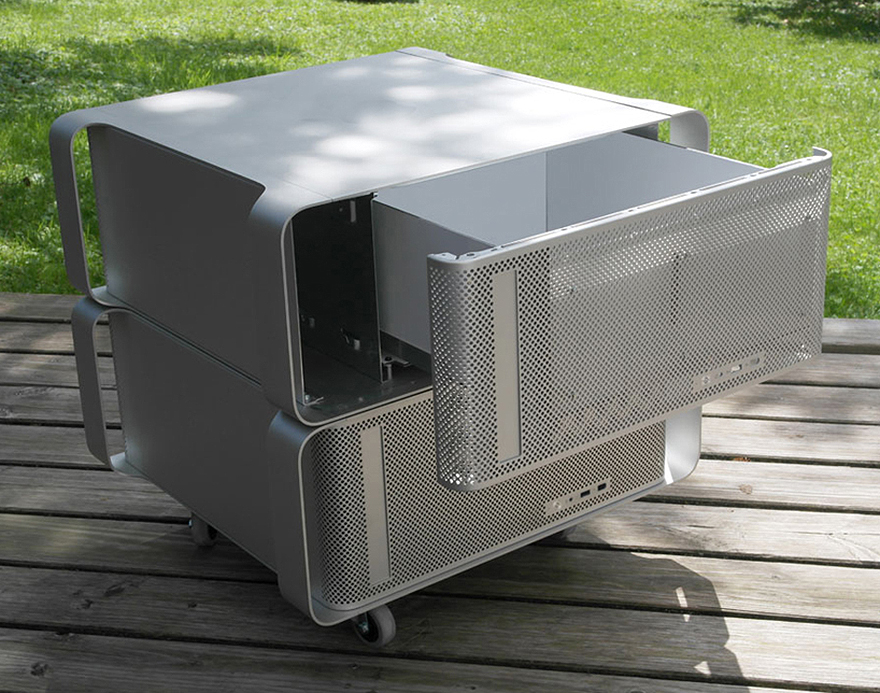 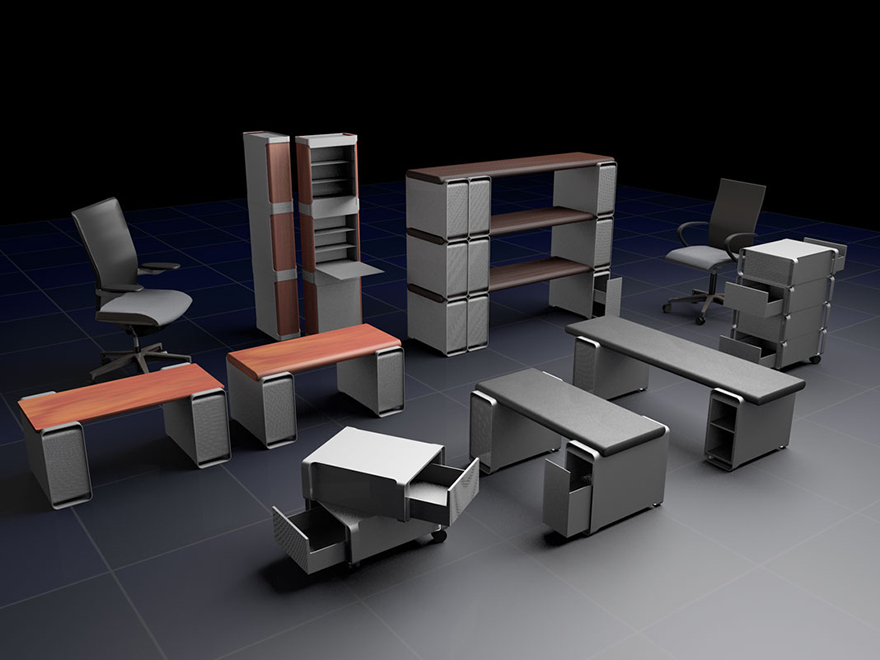 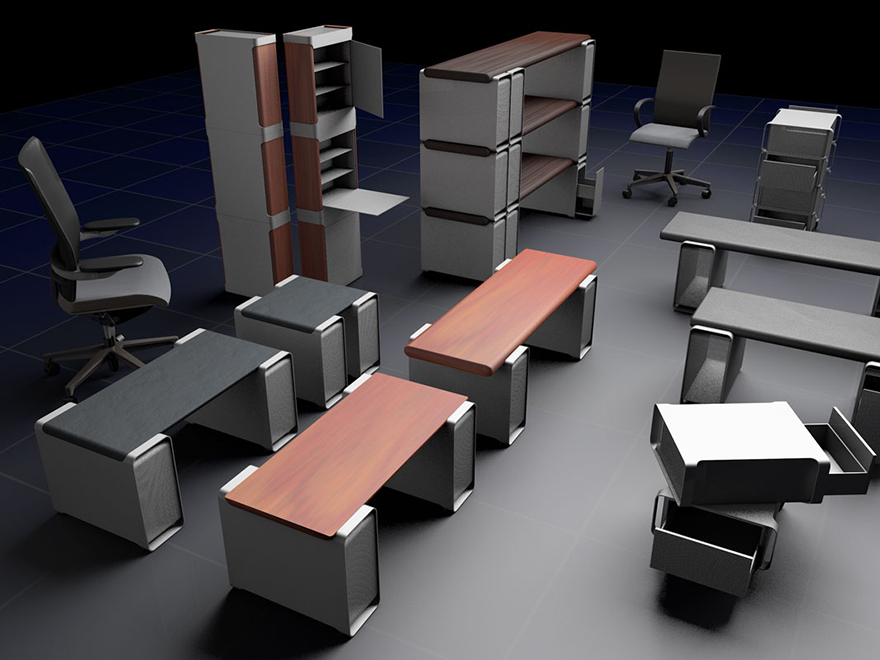 Geiger's of course not the first to repurpose old Macs; his just look the classiest and work well as design pieces. On the less-advisable front, these gents turned their G5 into an iGrill (and warped the "grate" the first time out): 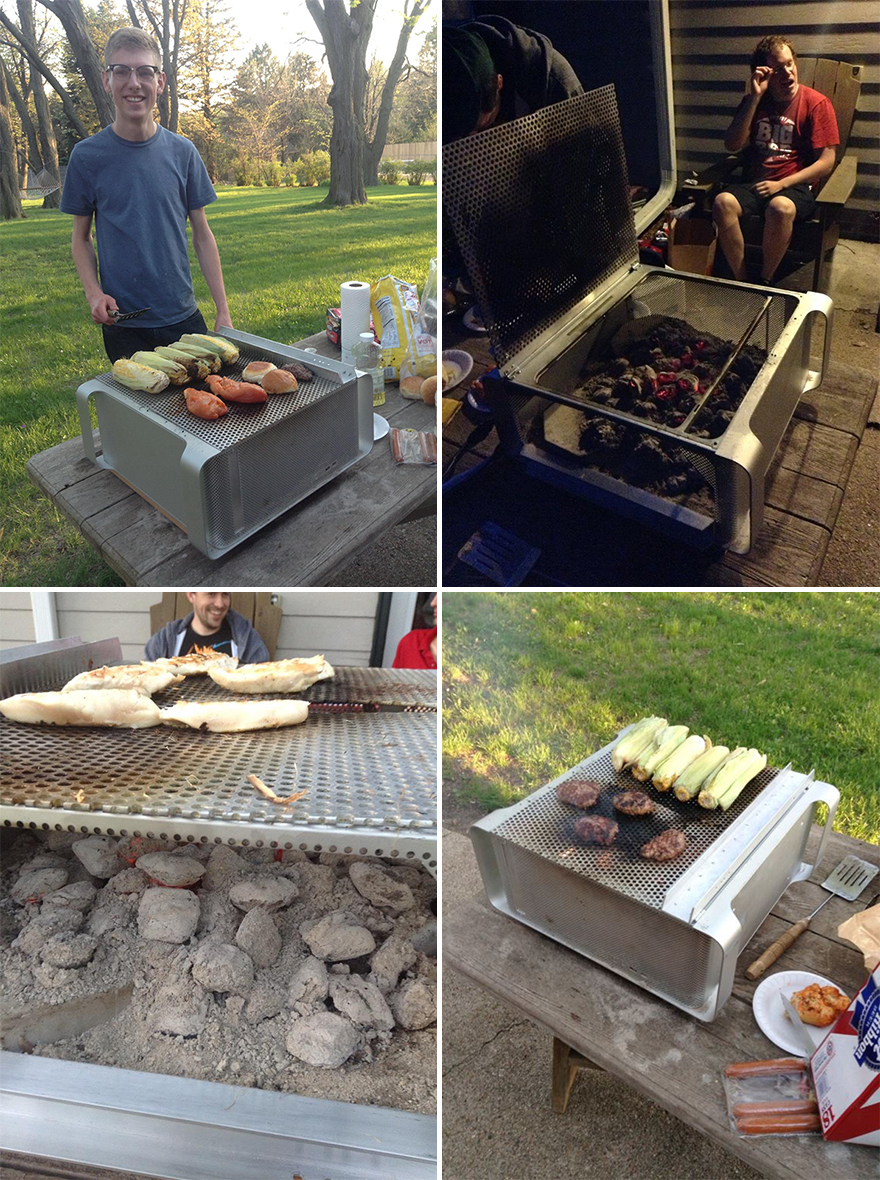 This guy went more sensible and created a simple clock: 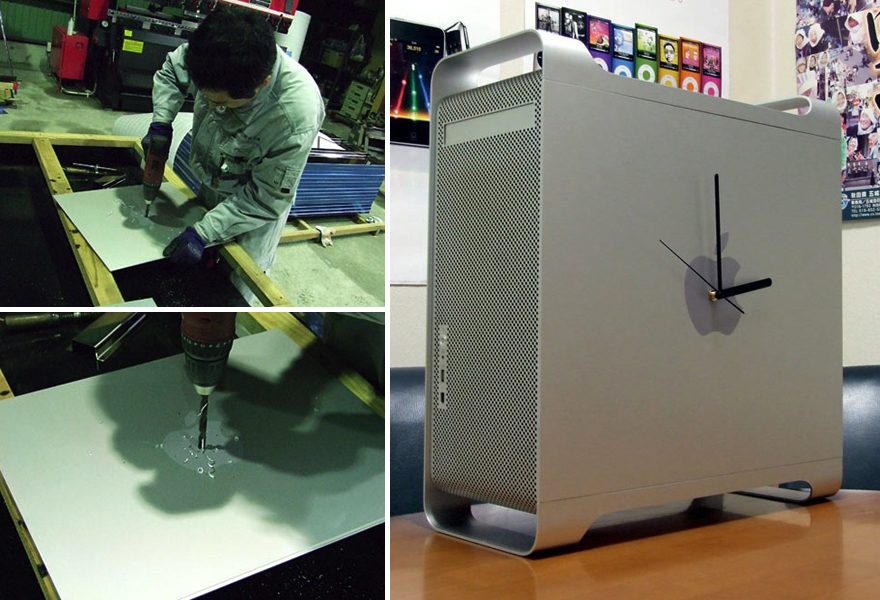 Along the clock lines, and going back further in time to the Mac G4, I've gotta give this person props for adding a working pendulum: 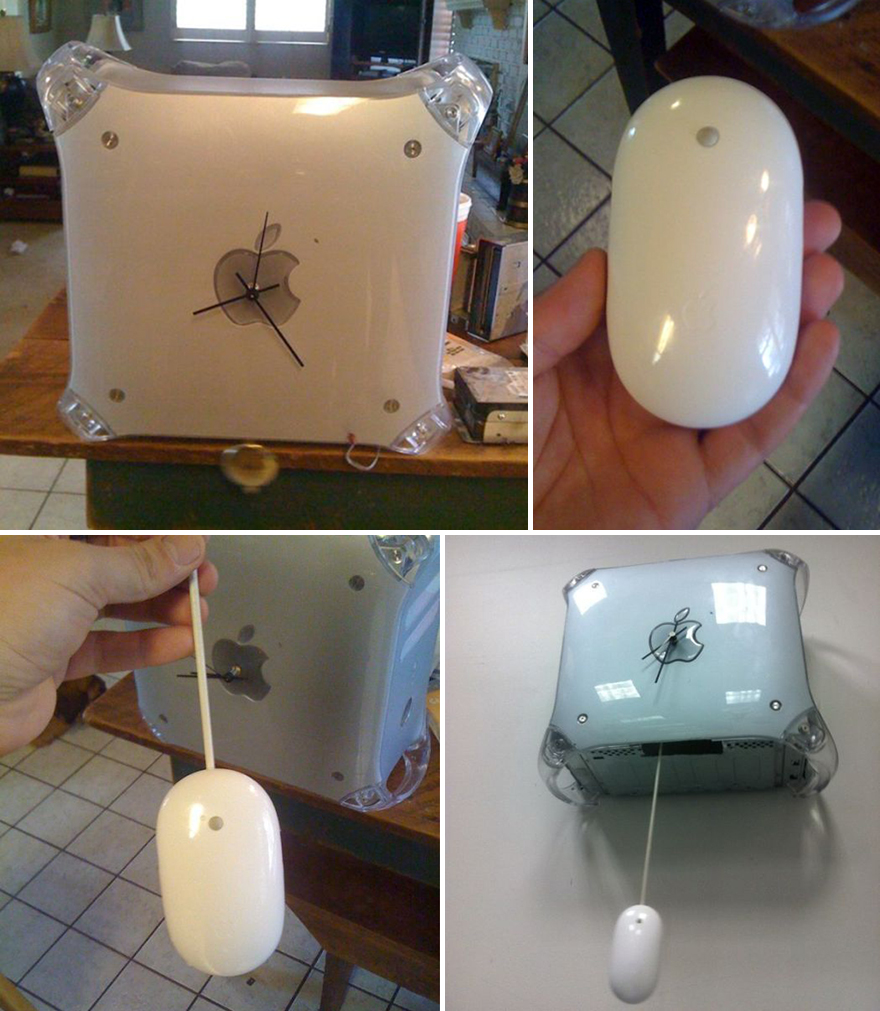 This G4 is too obsolete to get email, but ready for snailmail: 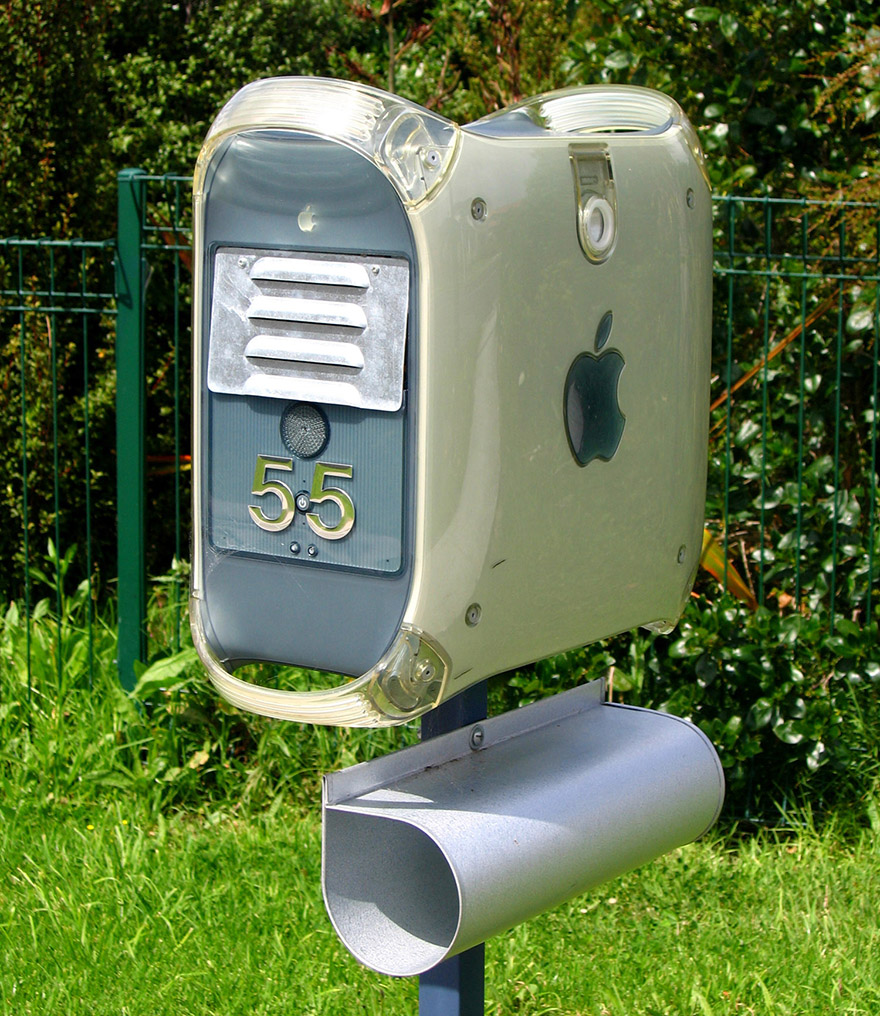 The poor G4 Cube doesn't get much respect in its afterlives as a tissue box and toaster: 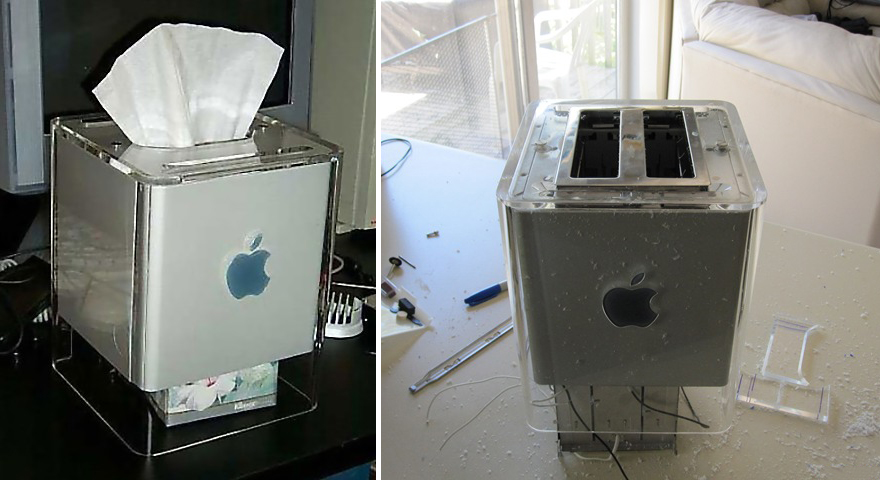 On the respect front, you could argue that this Mac Mini's got it worse:

Remember that old dome-base iMac? Turns out it makes a great lamp: 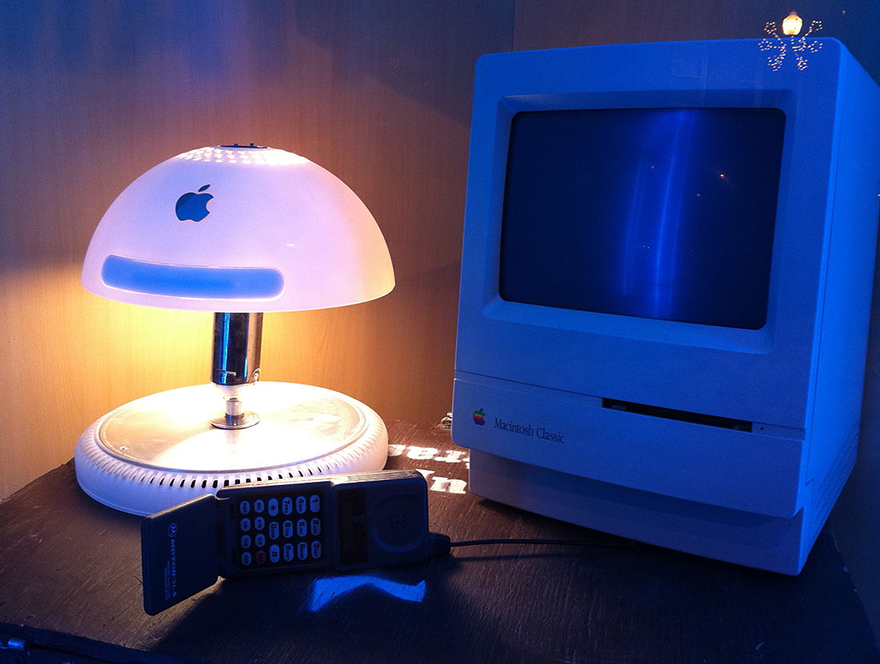 There are also a lot of people who've turned the first iMac and older Mac classics into a Macquarium. And this dude in Japan also makes and sells them. 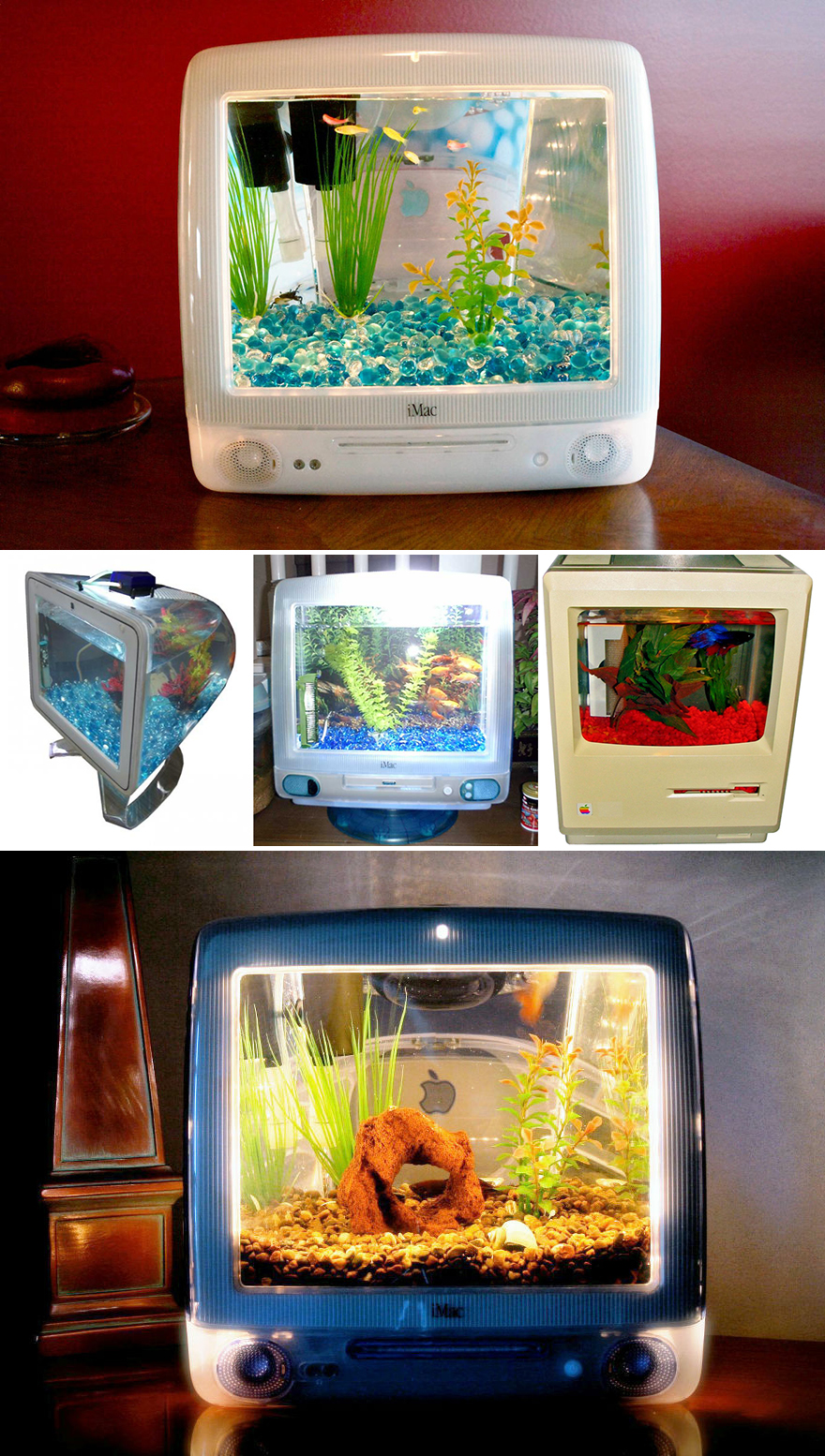 And I wasn't able to track down the original source for this one, but I feel like this graveyard of early Macs giving new life to plants is somewhere in Japan. 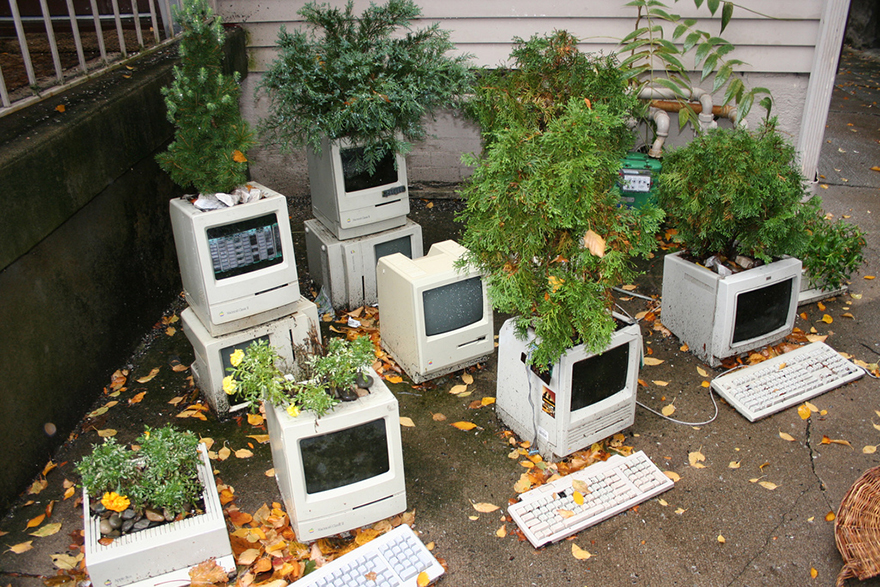