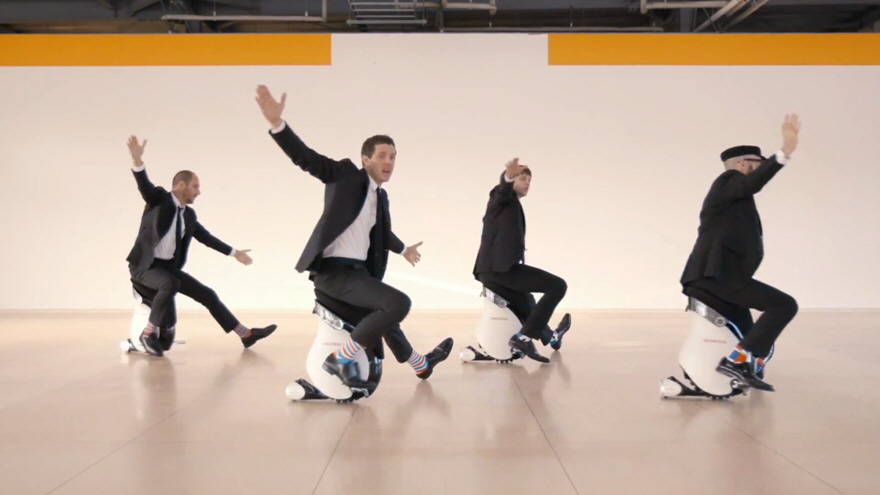 In Casey Neistat's review of Google Glass, the filmmaker likens the wearable device to another much-lampooned gadget of a previous generation. Indeed, the Segway endures in pop culture, if only as a cautionary tale. Dean Kamen's much-hyped invention effectively poisoned the well for the personal mobility industry as a whole; short of the comfort and convenience of, say, the hoverchairs in Wall-E, this category will likely remain stigmatized as solutions looking for a problem. (Although a recent Kickstarter project may portend Disney/Pixar's rotund prognostication for the human race, task-oriented assistive devices may be the growth area for the time being.) 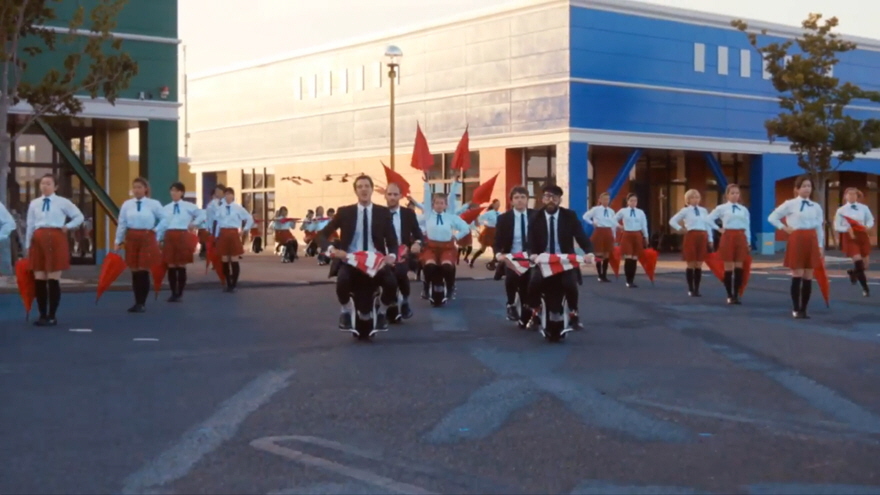 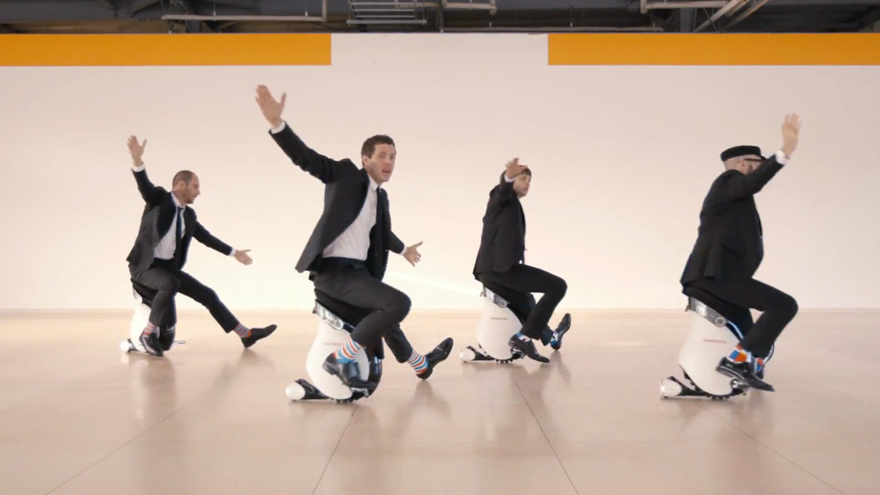 The use case that we didn't foresee: the ever-popular music video. Today sees the debut of yet another carefully choreographed performance from none other than OK Go, who have long since made the transition from run-of-the-(tread)mill rock band to viral video soundtrackers, writing generically catchy power-pop earworms as vehicles for their increasingly over-the-top cinematic efforts. More impressive than OK Go's songcraft is their clever use of props and optical illusions; for their latest effort, "I Won't Let You Down"—the second single from their new full-length, Hungry Ghosts, following the forced-perspective trompe l'oeils of "The Writing's On the Wall"—the foursome saddle up on Honda UNI-CUBs, a stool-sized monowheel vehicle (more on that below).

I won't reveal the grand finale, but quasi-spoiler alert: At about 1:03, it becomes apparent that the entire video—a continuously shot long take as in their previous vids—was filmed with a UAV, which is also pretty impressive in itself ('props' to Multi-Copter Pilot Kenji Yasuda). It also appears to be slightly sped up, perhaps in service of the umbrella-as-pixel visual effect [Update: here is a real-time version at 50% speed—trippy]. Let's just say they've come a long way from the treadmills... 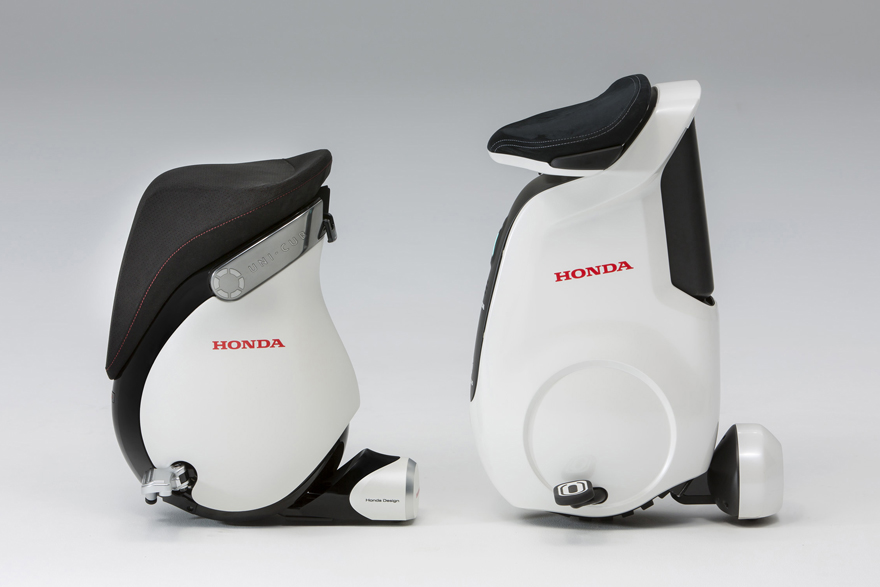 As for the diminutive EV, the UNI-CUB ß debuted about a year ago, the second generation of the experimental vehicle, which incorporates stabilization technology from the Japanese automaker's ASIMO bipedal robot and debuted in 2009 in a previous incarnation as the figure-eight-shaped U3-X. (As these things go, Honda generously provided the UNI-CUBs, which are currently at the pilot program stage with no word on production plans, to the band for the shoot.) Seeing as frontman Damian Kulash reportedly took stunt driving lessons for OK Go's Chevy-sponsored video, I can't help but wonder about the learning curve for the UNI-CUBs; one reviewer claims that it is by far the easiest vehicle he has ever 'driven': "From the moment it moved with my 85 kg weight aboard, I realized the UNI-CUB ß nano-EV offered something very close to a direct vehicle-brain-interface, with only 'intention' required to move in a certain direction or speed."

Naturally, the OK Go video, which has garnered some 300,000 views in eight hours (as of press time), may well pique wider interest in Honda's unicycle-like vehicle. The UNI-CUB ß weighs in at 25kg (52lbs), offers a top speed of 4 mph and a range of four miles, but, contrary to the staged romp, it is intended for indoor use only. Thus, Gizmag's Mike Hanlon further notes that:

I will be very interested to see how this technology works with the aged and mobility-impaired—operating it requires no more strength than being able to sit upright, so it might well turn out to be a killer app for the elderly.

These technologies obviously have application in other personal mobility devices too, and since the experience, I have been envisioning many new compact mobility solutions, from monocycle wheelchairs through to sports machinery.

And music videos, of course.

Hat-tip to It's Nice That; previously: "White Knuckles"; "This Too Shall Pass"; "Needing/Getting"