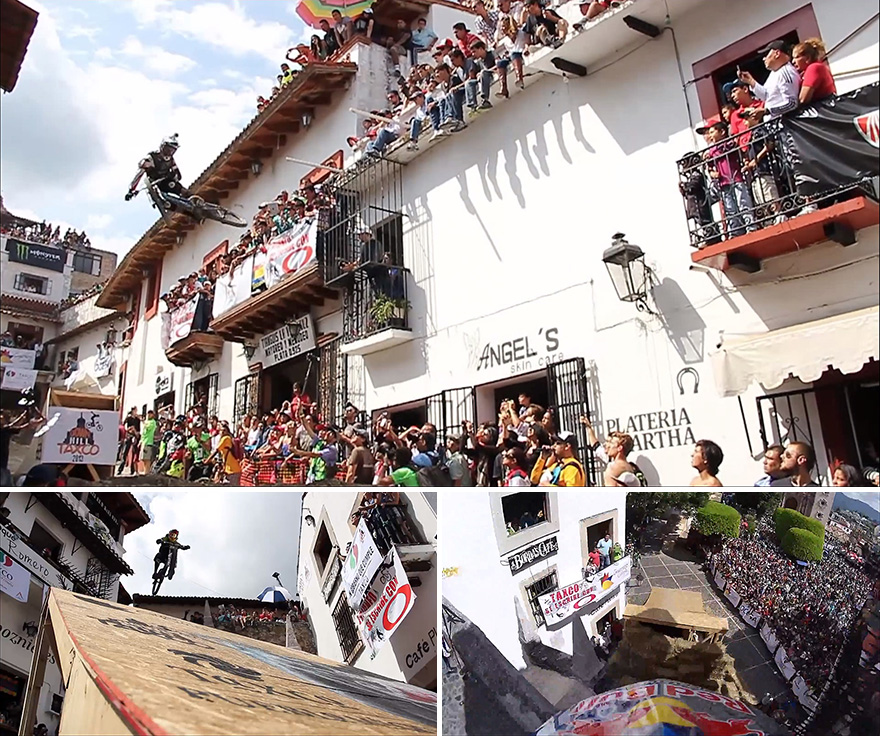 Cities like New York and Washington D.C. were designed with nice, rational grids. Cities like Tokyo and Kyoto were reportedly designed to confuse invaders with twisting, irrational angles. And cities like Valparaiso, Chile and Taxco, Mexico were designed in reaction to Mother Nature, being built as they are atop a number of rugged hillsides.

The crazily-narrow, winding alleyways of Valparaiso and Taxco follow gravity and topography more than logic, and as it turns out, this makes for an extremely compelling downhill bike course. Organized downhill racing through urban environments has existed since the '90s, but this year a bunch of sponsors got together to organize the City Downhill World Tour 2014, spanning Valparaiso and Taxco as well as Santos, Brasil and Bratislava, Slovakia.

Last week's race was held in Taxco, and the on-bike footage from rider Filip Polc is unsurprisingly insane—this seems like the entire reason GoPro cameras were invented:

How is this not a video game yet?