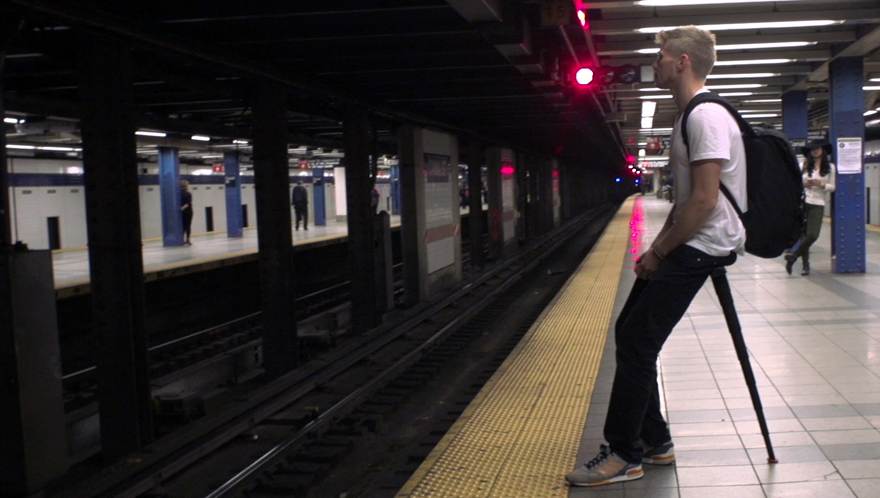 Hot on the heel-plate-attachment-points of Noonee's "Chairless Chair," the team at Mono+Mono has launched the "Sitpack" on Kickstarter. The Copenhagen-based design consultancy has developed what they're calling "the world's most compact, foldable resting device," and they're looking to bring the pocketable monopod to market via a crowdfunding campaign. Designed in keeping with the seven universal design principles, the form factor looks like something made by, say, Beats, but the device itself is actually entirely mechanical: The canister splits laterally into wings (which serve as the seat), revealing a telescoping leg that extends to up to 85cm (33in). We know it's that time of year, but don't try this with your kid's lightsaber toy:

Originally known as "Rest"—hence the references in the video—the "Sitpack" is essentially a further reduced version of portable camp stools or those canes with a built-in tripod-stool (both of which I came across in the USPTO archive, after a commenter tipped me off about the original 'wearable chair'), as they indicate in a tabulated side-by-side comparison on their Kickstarter page. They're available for the discounted price of kr175 DKK (about $30 USD); retail will be in the kr270 DKK ($46 USD) range—not bad, considering that they're looking to manufacture it in Denmark—see more here. 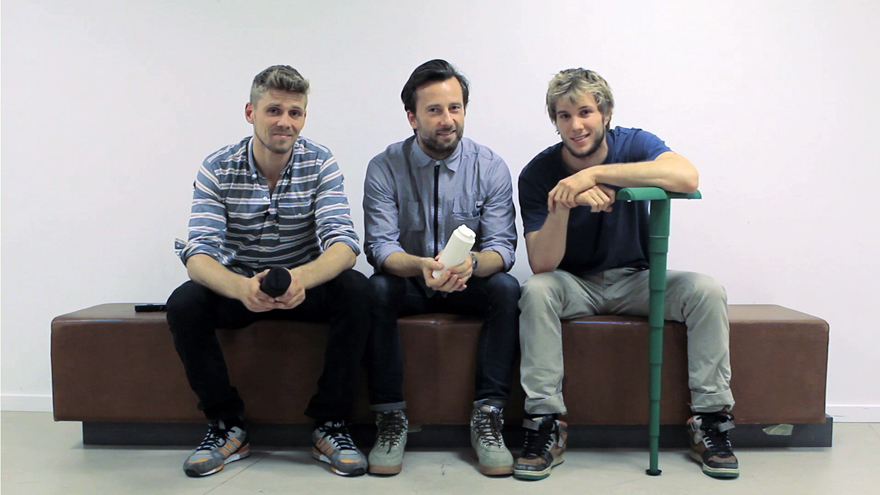