The Super Friends Are a Bunch of Design Thieves 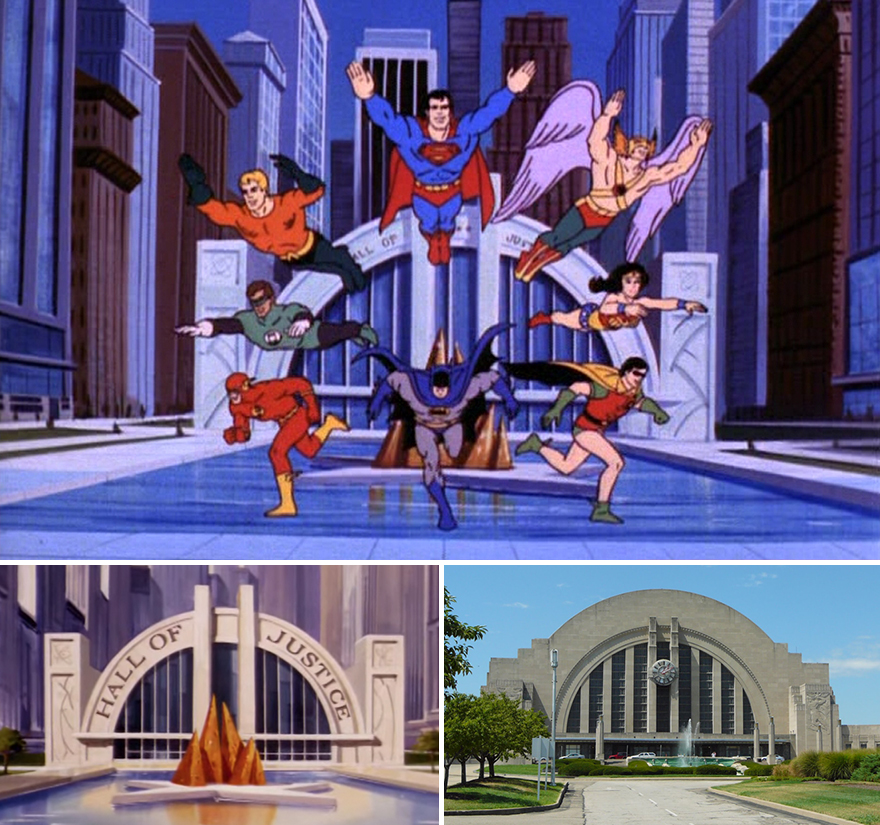 The design world has been rocked by allegations that the Super Friends, the so-called crimefighters whose Saturday morning reality show once documented their exploits, are in fact a bunch of design thieves with little respect for the laws they are sworn to uphold.

Years ago the vigilante group decided to construct a headquarters. In the security footage screengrab below, you can see them inspecting the site under the guidance of Superman:

Without obtaining permits, the team then constructed their headquarters in violation of zoning laws, and subsequently angered local trade unions by having Aquaman perform the plumbing himself. The cell phone "selfie" taken below shows the team after completing the sub-basement.

It was implied that the structure was self-designed, indicating one or more of the Super Friends had a background in design or was associated with a name-brand architect. However, it has now been revealed that neither the 'Friends, their associates nor even their foes have any connection with architecture whatsoever. For example, while archenemy Lex Luthor is often described as the "architect of destruction" of this or that, our research provides no evidence of his having obtained a degree in architecture from any accredited institution.

Instead it appears the design of the structure was ripped off wholesale from Cincinnati's Union Terminal, the Art Deco structure designed in the 1930s by accredited architects Alfred T. Fellheimer, Steward Wagner, Paul Philippe Cret and Roland Wank. 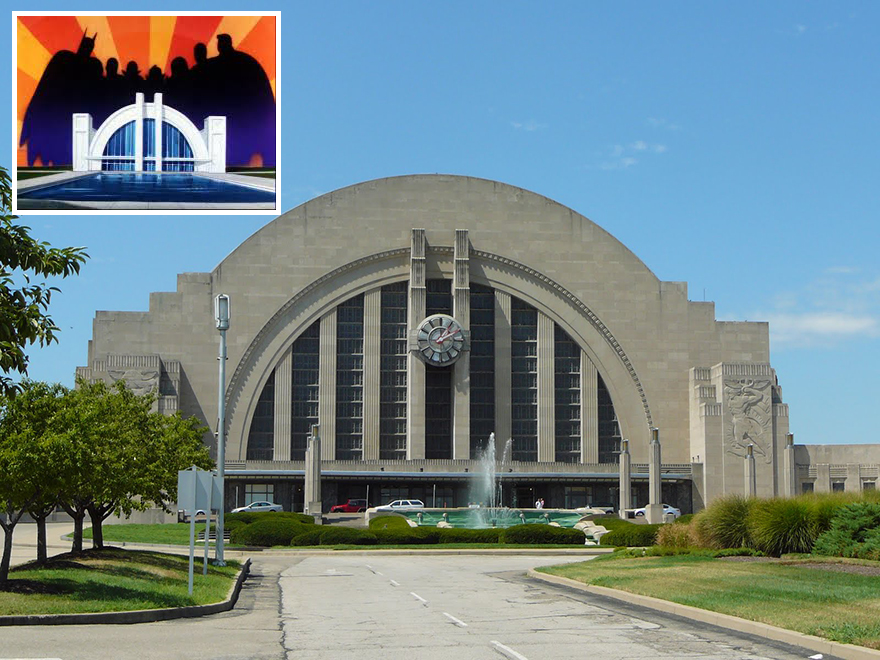 The resemblance is too close to be a coincidence, and with mocking arrogance, the 'Friends named their headquarters the "Hall of Justice."

But it gets worse:Footage obtained by Core77 of a never-aired episode of their eponymous show shows the Super Friends' brazen disregard for design propriety. After the estate of one of the Cincinnati architects faxes a cease-and-desist letter to this so-called Hall of Justice... 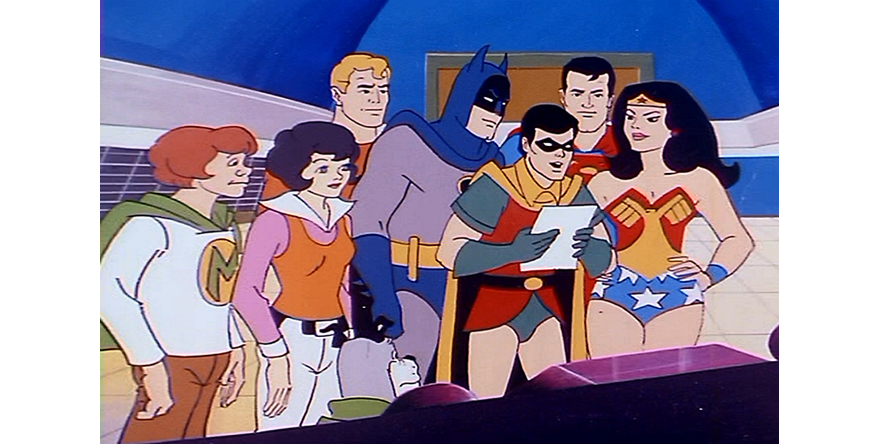 ...the team disregards the letter entirely, and retires to their rec room to play a massive game of Simon.

The Super Friends are no friends of designers, nor are they even good neighbors. Local residents have complained that the Hall of Justice hogs up an undue amount of bandwidth on the city's free Wi-Fi, and a look inside explains why: The team insists on using Skype via a massive 5K display.

They are also reportedly active in the illegal torrent download community, using up yet more bandwidth. Here we see them viewing, en masse, a pilfered copy of Gravity. 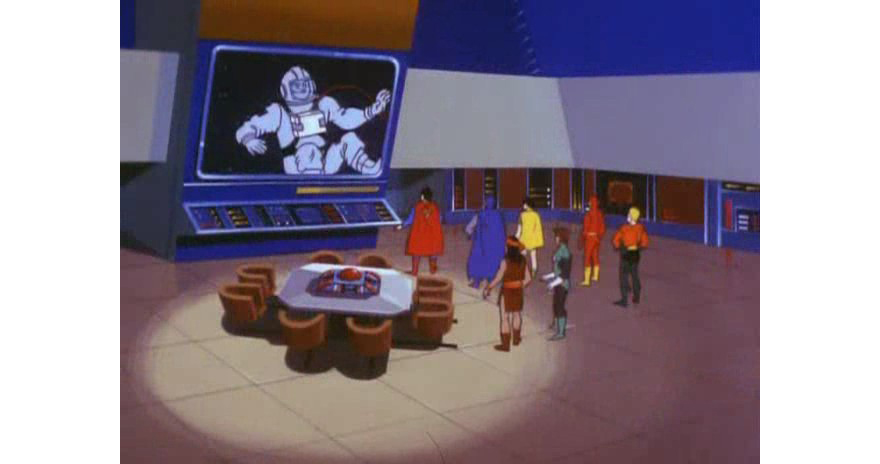 Even the team members' costumes may be of suspect origin. It's no secret that the HoJ is a hotbed of gambling, with Green Lantern and Aquaman routinely placing massive wagers on NFL games. Even a casual inspection of their uniforms reveals a consistency with their betting histories.

Core77 Skype'd in to the HoJ seeking comment. Superman blocked the camera with his back and urged the team not to speak with us.

The original Cincinnati building, by the way, is now in trouble. Now home to the Cincinnati Museum Center, the onetime train station is in need of some $212 million in repairs. Later this year local voters will decide the building's fate.