In 1896, Chicago architect Louis Sullivan coined the phrase 'form ever follows function' to capture his belief that a building's size, massing, spatial grammar, and other characteristics should be driven solely by the function of the building. The implication is that if the functional aspects are satisfied, architectural beauty would naturally and necessarily follow.

This approach trickled down to various design disciplines over the course of the 20th Century, but designers realized—through overly functional design attempts—that function should definitely be considered as a key part of the design strategy but never its sole driver. The Post-war kitchen design is a great example of how functionalism can get in the way of human behavior. 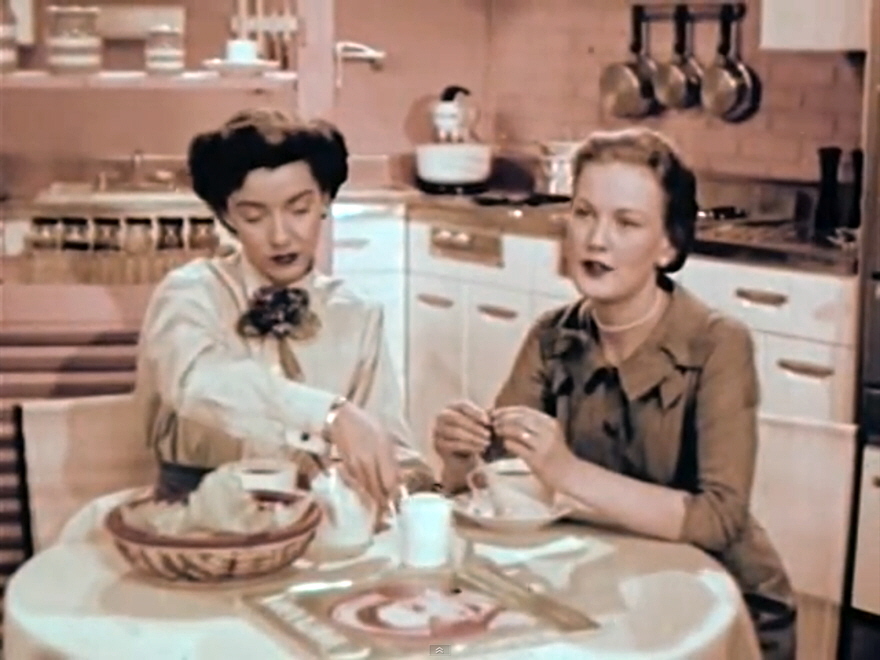 During the years following the war, women's' role in society changed drastically. During the conflict, women were regarded as an important element of the workforce and became an essential part of the warfare apparatus. After the war, it has become obvious that this marked a major social shift. In order to accommodate the new family dynamics, the kitchen needed to be redesigned. Lots of ethnographic studies were conducted and a full range of proposals to optimize activities and movement in the kitchen was conceived. This seemed like a great idea—and it still does, if you think about it for a minute. If you had the power to minimize the effort and time women spent in the kitchen by nearly 80%, why wouldn't you, right?

Well, problem is, this is not as black and white as it seems. Kitchens, like most things in life, comes in grayer layers of behavioral complexity. I mean, if you look at it solely via the lens of reductionism then the full-throttle / all-in, optimization approach may appear like the perfect idea... except that reductionism kills behavior.

Reductionism is an old scientific philosophy, which can be traced, among others, to René Descartes. It states that a complex system is nothing but the sum of its parts and that it can be completely mapped and understood, in its whole, via the individual study of each part. It is the diametric opposite of what we designers call "gestalt." Gestalt means "the whole is bigger than the sum of its parts." Reductionism is, therefore, the extreme opposite to design itself. Design in its "bauhausian" mother language, German, spells gestaltung.

The problem with reductionism—the "black and white" approach—is that, when dealing with complex, wicked problems, the sum of the parts never explains the behavior of the whole. And, trust me, in a service economy, everything is a bit wicked.

For instance, take the consumer journey. A consumer journey, in a service experience, is never the result of the sum of all the processes to be touched by the user. People reframe it and give it their own meanings according to their belief systems, expectations, and emotional state. This takes place independently of how those processes or transactions were scripted and sequenced to be executed by the provider. 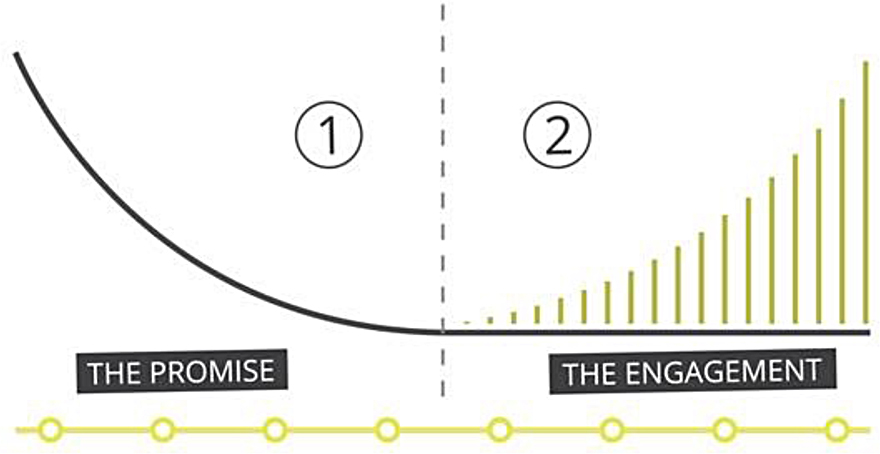 In the figure above you can see that, somewhere between the promise and the engagement, a narrative starts to emerge within consumers minds. This narrative is full of personal stories and meaning, and most of the time, the provider has little or no idea whatsoever that this is taking place.

Think about it for a minute.

Where an airline company sees a group of passengers, there is a family hoping to arrive in time to visit grandma (for possibly the last time) at a hospital. Where it sees a "frequent flyer," there is possibly a guy so concerned about his next meeting that he isn't paying attention to the information announced via loudspeakers by airline staff. Those behaviors and emotions have a definite impact on service performance, but can't be understood and emphasized via a reductionistic, or functional, design-driven approach.

A behavior is the result of a series of well-coordinated stimuli and response human mechanisms. This system is complex, and therefore can not be dealt with using a reductive scientific perspective. It demands an approach that allows room for interventions based on a broader, interconnected, perspective. This is what human-centered—not function-centered—design does.

Back to the post-war kitchen optimization rally. The idea of reducing work and time spent in the kitchen was spot on... in theory. But when this functional requirement became the sole driver of the design, kitchens started to look like small manufacturing facilities. Very sharp on performance, but lacking the warm human touch and connection halo that defines peasant kitchens all over the world.

This ideal was realized by Charlotte Perriand while working in a new kitchen concept for 'Unité d'Habitation," Le Corbusier's residential building in Marseille. Perriand conducted surveys and efficiency studies to discover how women used their kitchens, and the resulting design anticipates the motions and gestures of everyday activities, such as preparing a meal and entertaining guests. 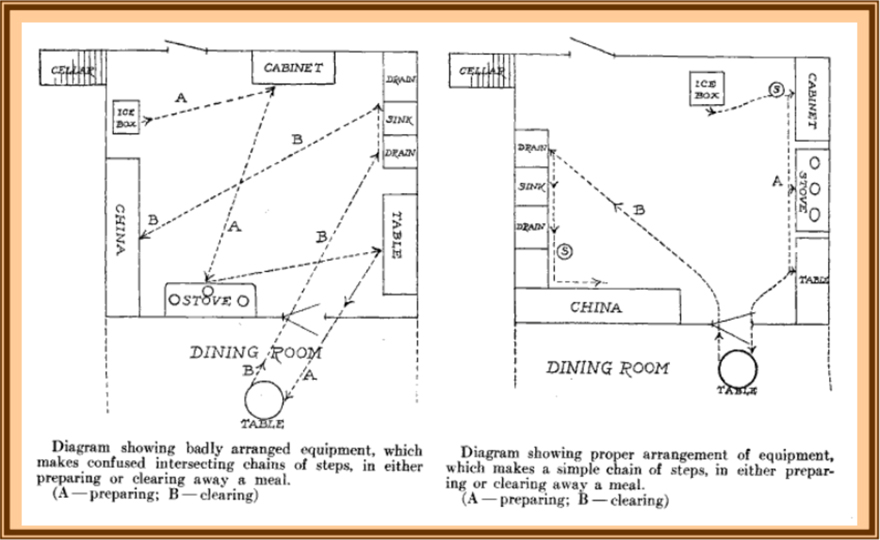 "We've sacrificed space to equipment, convenience to meaningless 'streamlining,' ease and cheer to pseudoscientific planning," proclaimed MoMA curator Elizabeth Mock in 1946 of postwar kitchen designs. "Perhaps the mistake came when we started thinking of the kitchen as a laboratory and confused the art of cooking with the science of food chemistry."

Definitely, "form ever follows function" is not enough in the kitchen. We need kitchens that are functionally efficient, but also can shape, sustain and foster good social behavior. That represents a dilemma, since behaviors oftentimes get in the way of function optimization and performance. Whenever a curious child approaches a hot stove, or clumsy husbands chit-chat during dinner preparation, the function is being sacrificed to give space for "erratic" social behavior.

To make things even more challenging for designers, miniaturization, materials and other engineering and production traits have evolved in such a way that we are seeing more freedom for designers to work on the form and more and more designers are able to see the rewards of shaping form as a service in itself. In such scenario, Sullivan's "form ever follows function" statement becomes outdated (but thanks dude, for stating that in the early 30's).

To treat form merely as a "follower" to function today is to waste tons of opportunities to put it at the service of users. Form can stimulate better use, trigger good emotional states, lower adoption barriers and convey a sense of belonging and representation. Those are all great services.