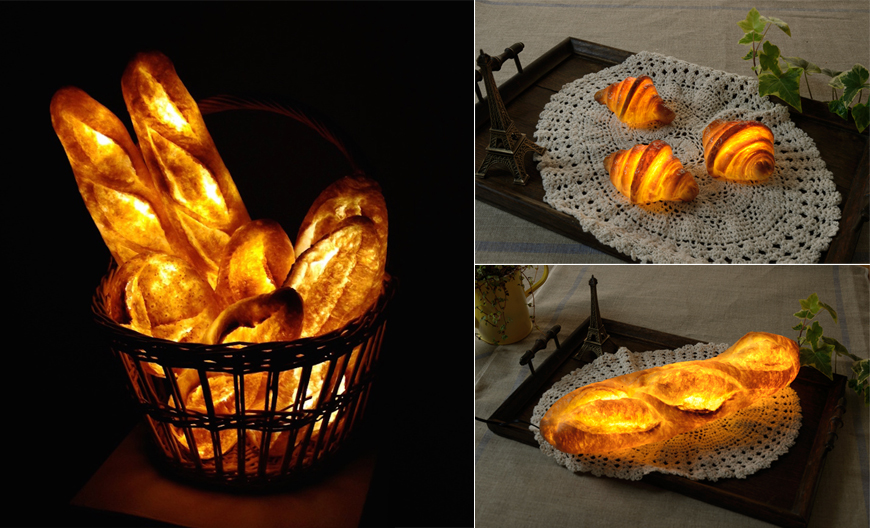 Now that jack-o-lantern season is behind us, we can look forward to two months of bacchanalian gluttony can begin (followed, of course, by the guilt and sobriety of yet another new year). But if you miss the warm glow of foodstuffs that have been 'creatively repurposed' as lamps, Japanese designer Yukiko Morita has a trick—or is that a treat?—in store for you. Exhibited at Tokyo Designers Week, her "Pampshades" give new meaning to burning carbs. These luminous loaves are made are indeed made from flour, salt and yeast... and LEDs "and more." They're reportedly covered in resin, though it's hard to discern the crustiness-vs.-doughiness factor of what is normally a perishable product.

As the story goes, Morita worked in a bakery in her native Kyoto eight years ago, subsquently graduating from the Kyoto University of Arts in 2008 and reportedly launching Pampshades as early as 2010 (the name is a portmanteau of 'pan'—French for bread, derived from the Latin panem—and lampshade). The brief timeline on her website further notes that the first prototype dates back to 2007 and that she relocated to Kobe as of this year. 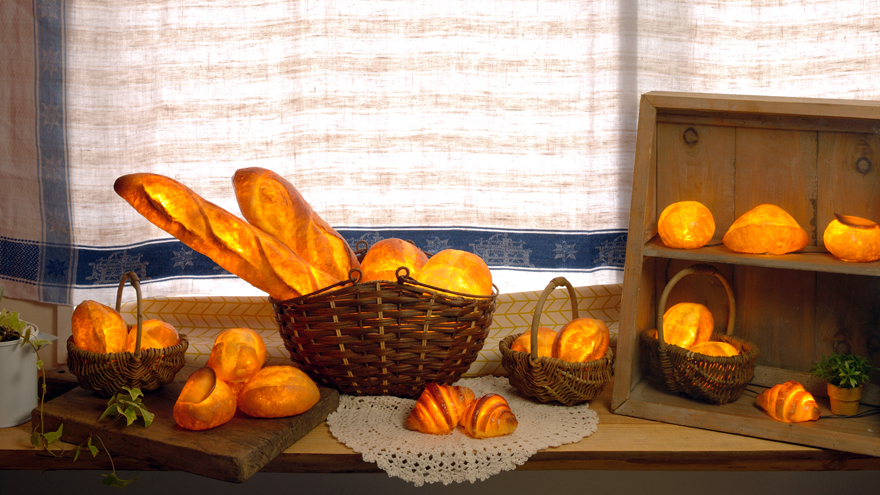 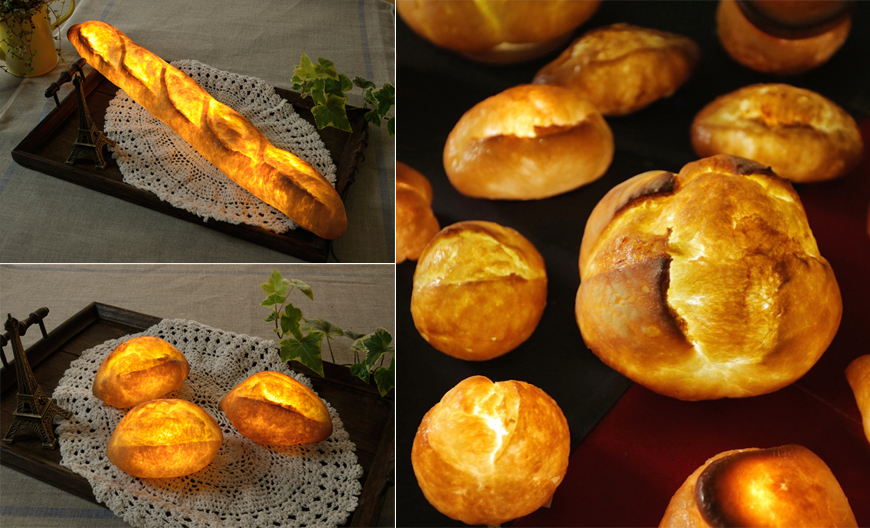 The larger baguettes, batards and boules plug in to a wall socket (no word on if they can be used outside of Japan), while the smaller series—petits boule, coupe, shampignon [sic] and croissant—run on batteries; the recipes, of course, are top secret. Prices range from ¥4,500 (about $39) to ¥9,500 (~$83), and while Pampshades have been on the market for a few years now, her booth at the TDW × Creema Handmade Market seems to have attracted a bit of attention last week; Morita will also be exhibiting her wares at Design Festa at Tokyo Big Sight this coming weekend, from November 8–9.

And you thought those washi shades were impressive.