Why Is Gatwick Airport Installing Blue LED Lighting on Their Train Platforms? 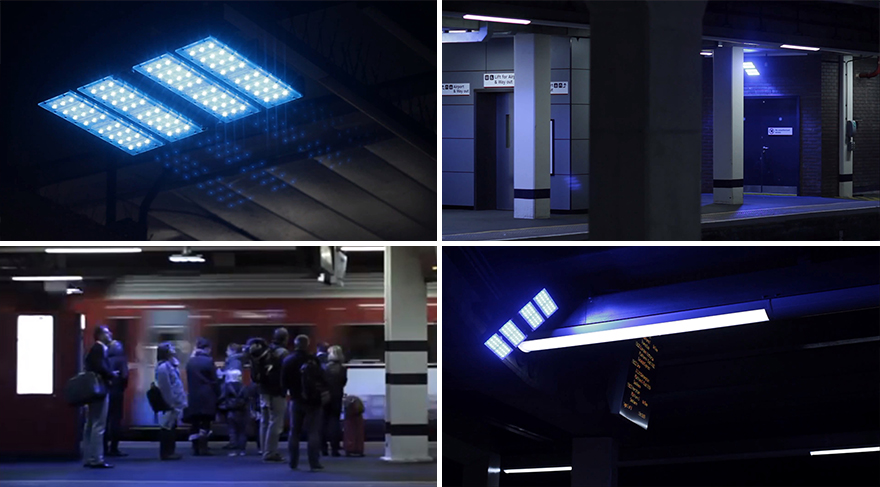 In "Things We'd Like to See: Subway Stations with Better Lighting" we showed you Paris' gorgeous Arts et Metier metro stop and a conceptual design for a sunlit underground station. But since then little has been done in the real world to change subway lighting.

Little, but not nothing. This week a video emerged showing that the UK's Network Rail has installed blue LED lighting on parts of platforms at Gatwick Airport. They're following Japan's lead, as that nation began installing blue LED lighting on Tokyo platforms in 2009--to combat the nation's high suicide rate. (We Americans should recall that in countries without as many firearms as we have, jumping in front of a train is the method of choice for those looking to take their own lives.) It's thought that blue light "has a calming effect on agitated people, or people obsessed with one particular thing, which in this case is committing suicide," as a therapist at the Japan Institute of Color Psychology put it.

Beyond that, Network Rail is hoping the blue lights will influence everything from circadian rhythms to crime figures:

Why Is Gatwick Airport Installing Blue LED Lighting on Their Train Platforms?