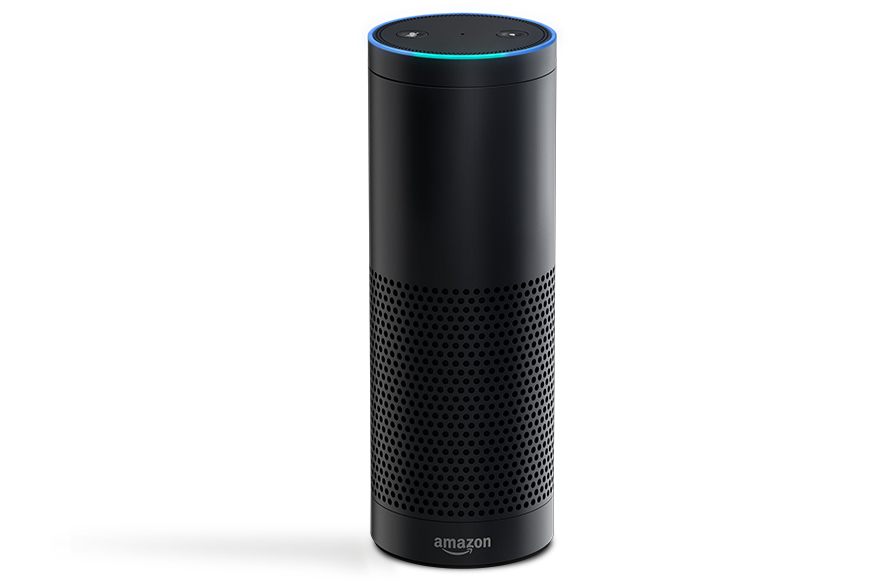 These are interesting days for product design, as companies are experimentally combining different technologies in an effort to create new classes of objects. Yesterday Amazon unexpectedly announced their Echo product design, a cylindrical domestic object that revealed the company is better at keeping things under wraps than Apple.

So what is Echo? The best way I can describe it is Siri in a can, or an iPad for your ears. Apple's tablet enabled us to view the internet without being tethered to a computer, and Echo aims to aurally provide us with information from the internet, with queries made via voice. Have a look at how Amazon imagines the device would fit into our lives:

Like Apple's iDevices before it, Echo consists of already-existing technologies that the designers are hoping will create a desireable functionality by being combined. But I'm not convinced it will succeed. In today's crowded product landscape, new objects succeed by fulfilling an unmet need, and/or possessing such a strong design-based sex appeal that consumers cannot resist buying it.

I'm not sure the Echo has either. The appeal of hands-free is that it lets you achieve something you'd ordinarily do with your hands, when your hands are already occupied; like the example in the video where the housemum is prepping food and asks for a measurement ratio rather than physically looking it up. That example is certainly valid, but it's a question of how often that need truly occurs.A second appeal of hands-free is convenience. But I have given up on Siri, the only voice-rec technology I have access to, for being able to perform tasks I actually need accomplished. Even simple ones. The photo supply house I use is called K&M Camera, but if I ask Siri to "Call K&M Camera" she will get it wrong ten times out of ten, and the frustration of having to end a phone call to someone named Ken before he picks up is irritating. It's faster to put down what I'm doing and dial it manually. So the question is if Echo's voice-rec is any better.

A sub-category of convenience is if an object you own can simplify something for you. But the things I would ask a voice-rec program connected to the internet are often too complicated for it to correctly execute. As an example, I might be in the middle of a project and suddenly realize I'm running out of a particular fastener. Imagine asking any voice-rec program "Is there a hardware store within a twenty-block radius that stocks 1 1/4" Spax screws, the gold-colored wood ones with the Torx head, not the silver construction ones with the Phillips head? And in the one-pound box, not the lousy 25-piece bag? Also, what time does that store close, and is there a Citibike station near it?" I need answers like this more than I need to know how tall Mount Everest is.

That being said, if we go back to looking at the hands-free thing, I could see some applications for voice-activated technology. I recently had to cut and install some simple plywood shelves in an irregularly-shaped utility closet. What I wouldn't give to have been able to take all of the closet measurements and just yell them to Siri, rather than constantly putting the tape measure down to pick up the pen and paper, then go back to the shop and have Siri spit out the precise dimensions of pieces I needed to cut as I was cutting them.

Which leads me to the last issue with Echo. I can easily carry my phone from a closet back to the shop, but Echo is a stationary object. Even with its "Far-field voice recognition," will it work if you live in a two-story house and it's downstairs while you're upstairs in the bedroom?

In any case, early press response to Echo appears to be enthusiastic, and it's possible that I'm dead wrong and that consumers will love this thing. But whether Echo takes off like the iPhone or goes the way of the Fire, either way I'm excited for product designers, who will hopefully be getting more work as companies continue this new-object experimentation.