An Enormous Underwater Statue Meant to Serve as an Artificial Reef 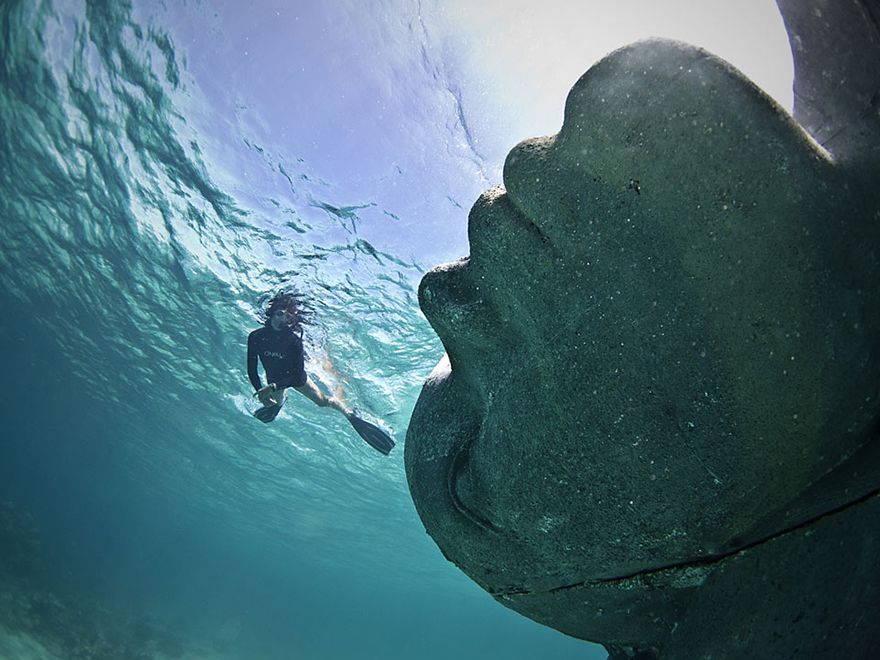 It created much blog buzz, back in 2008, when news outlets discovered New York City had been dumping its old subway cars into the Atlantic Ocean to serve as artificial reefs. The thinking was that the heavy structures of the retired subway cars would provide an attractive collection point for algae, barnacles, coral and oysters, setting up a lower link on the food chain that would gradually spawn higher ones.

There was some environmental concern about potentially toxic materials, and the source article linked above pointed out that "Tim Dillingham, the executive director of the American Littoral Society, a coastal conservation group based in Sandy Hook, N.J., said natural rock and concrete balls were far safer and more durable materials for artificial reefs."

Sculptor Jason deCaires Taylor took a different tack on this. The Canary-Islands-based artist created a 60-ton, 18-foot-tall statue and had it sunk off the coast of the Bahamas. 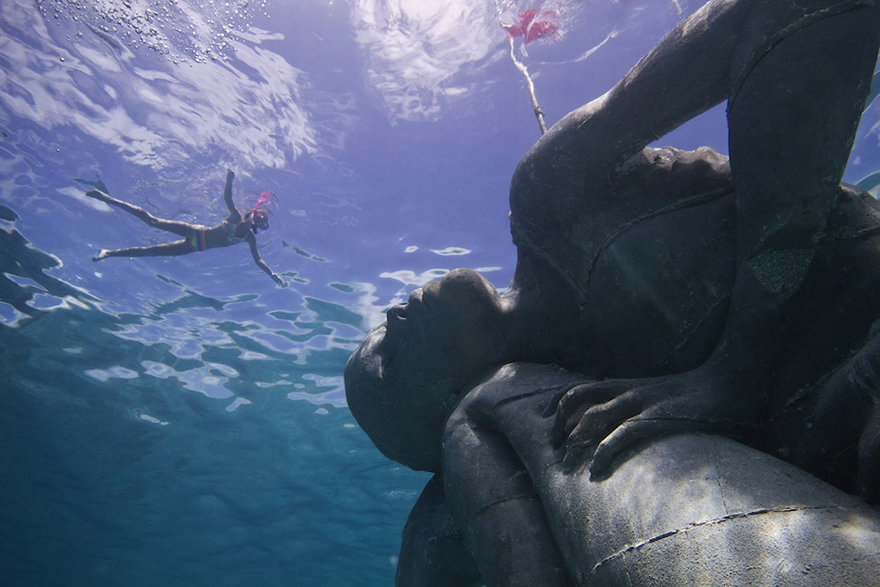 Dubbed "Ocean Atlas," the statue takes the form of a crouching girl carrying the ocean on her shoulders, providing a Caribbean twist on Greek mythology's Earth-carrying (presumably white male) Atlas; Taylor modeled his on a local Bahamian girl named Camilla. 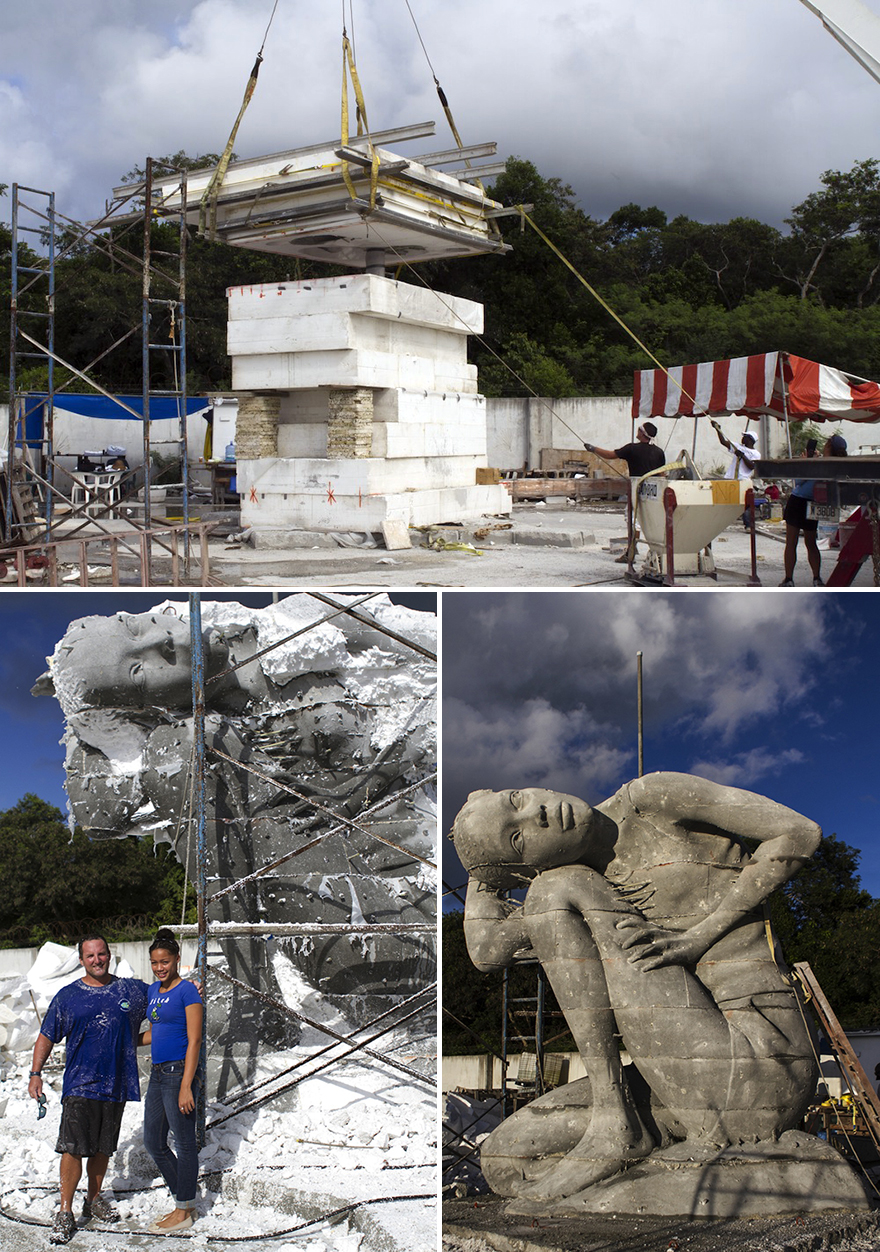 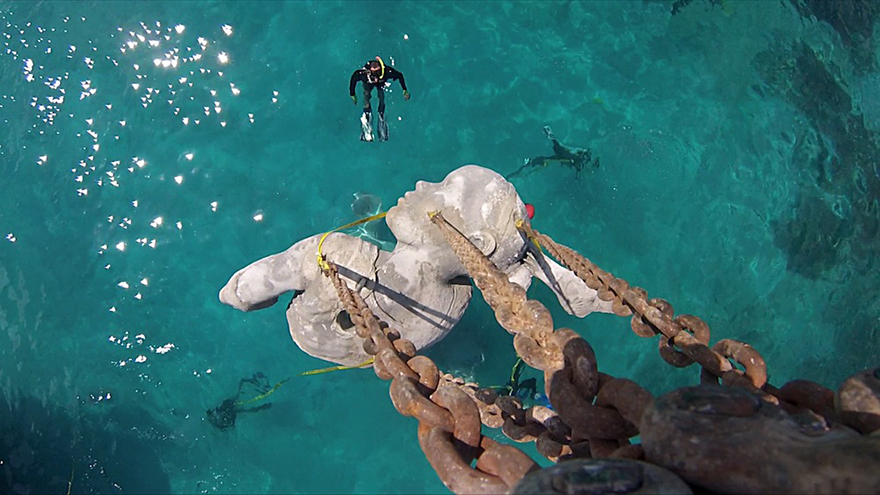 If underwater seems like a strange place to locate a work of art, it wasn't place there so that only snorkelers could gawk at it; it has a functional purpose, and its precise position was purposeful. "In order to seed coral on the statue, Taylor chose a location that was downstream from a natural reef, so that embryonic coral could drift through the water and anchor on the sculpture," reports Live Science. He's also textured the surface of his statue, which was cast in concrete sections, to better provide a surface for the coral to take root. As crustaceans and shellfish start hanging around, so, too, will fish. 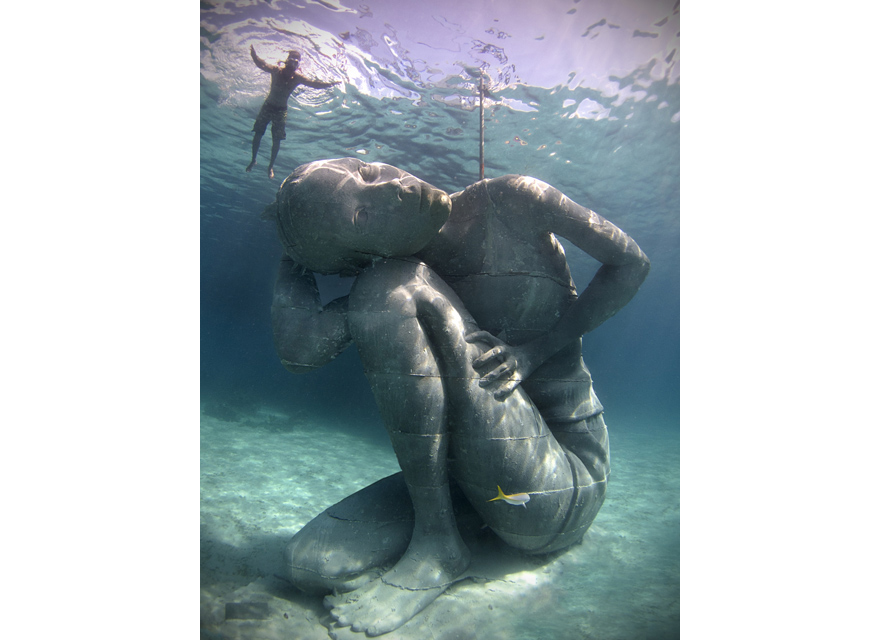 Taylor, by the way, specializes in underwater sculpture. Check out more of his work here.

An Enormous Underwater Statue Meant to Serve as an Artificial Reef