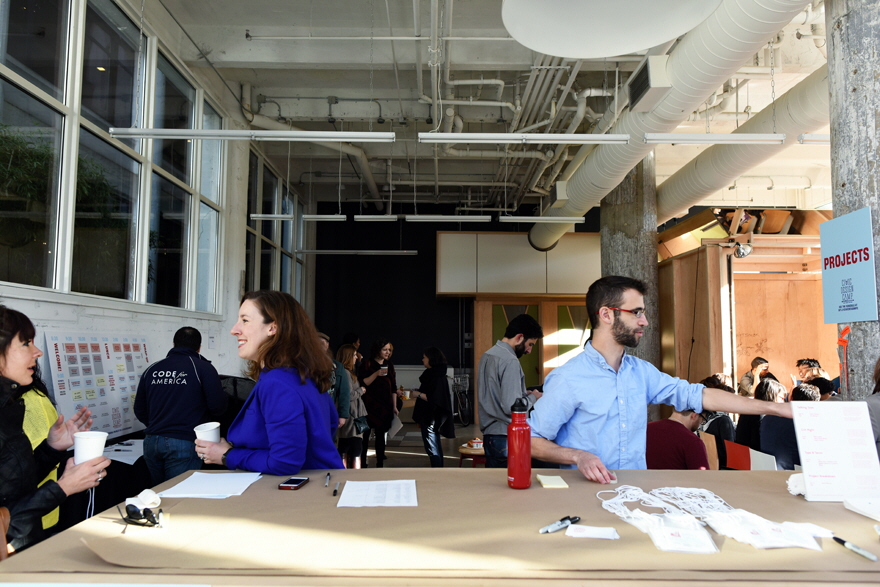 It's not often that an event brings government officials, public servants, visual and industrial designers together in the same room... but when it does, you can expect a truly forward-looking conversation. At least that's what organizers Dave Seliger and Ariel Kennan had in mind when they decided to bring Civic Design Camp to the East Coast: With the goal of creating "better citizen experiences" across the board, the 70 attendees spent last Saturday rethinking government programs and initiatives. 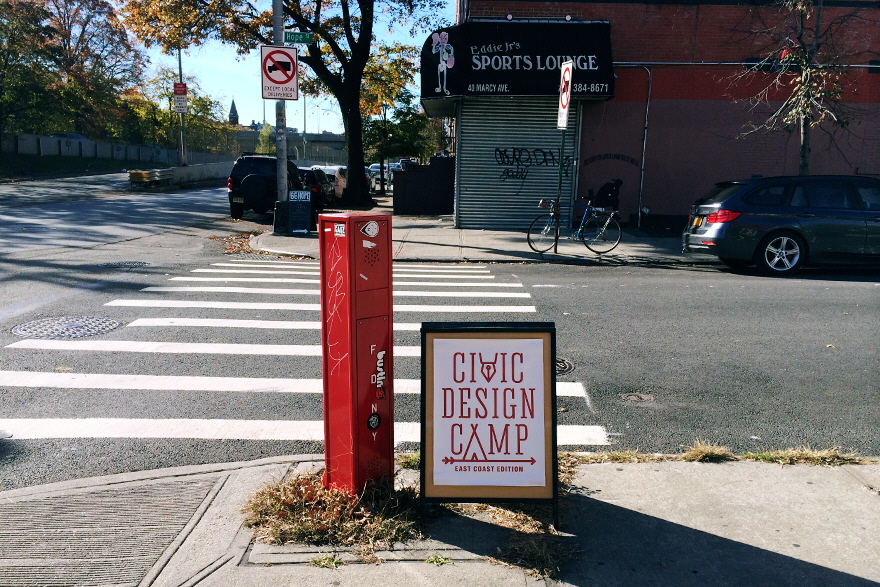 This past weekend marked the event's first eastern offshoot, following the first Civic Design Camp at Code for America (CfA) in San Francisco back in April. After attending the inaugural event, Kennan, a former CfA fellow herself and co-founder of Designing Government, wanted to bring the event to the other coast, enlisting Seliger to help her bring it to Williamsburg, Brooklyn. Hosted by the beautiful Makeshift Society, the NYC edition of Civic Design Camp was a day-long, self-described "un-conference" that tasked attendees with the responsibility of providing content. The close-knit community came prepared with thumb drives of work and presentations for a series of impromptu talks over the course of the day. 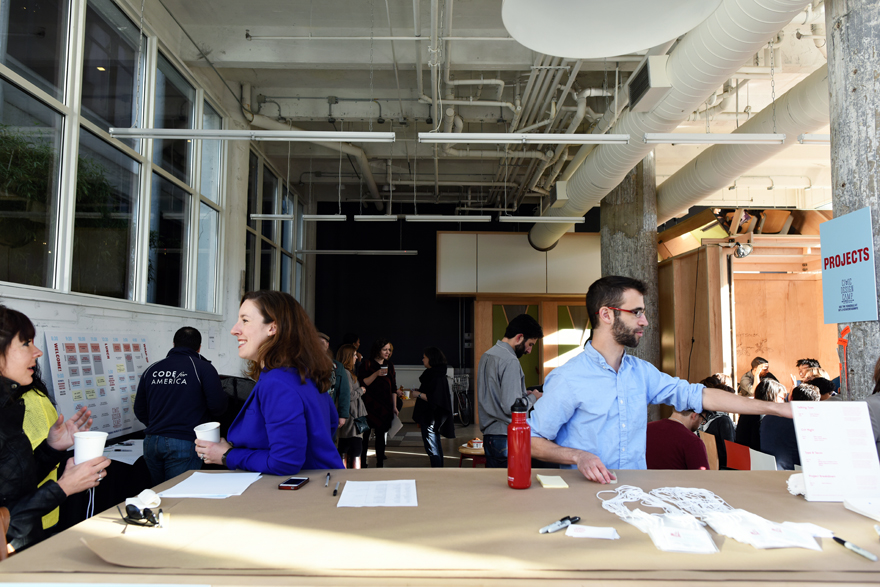 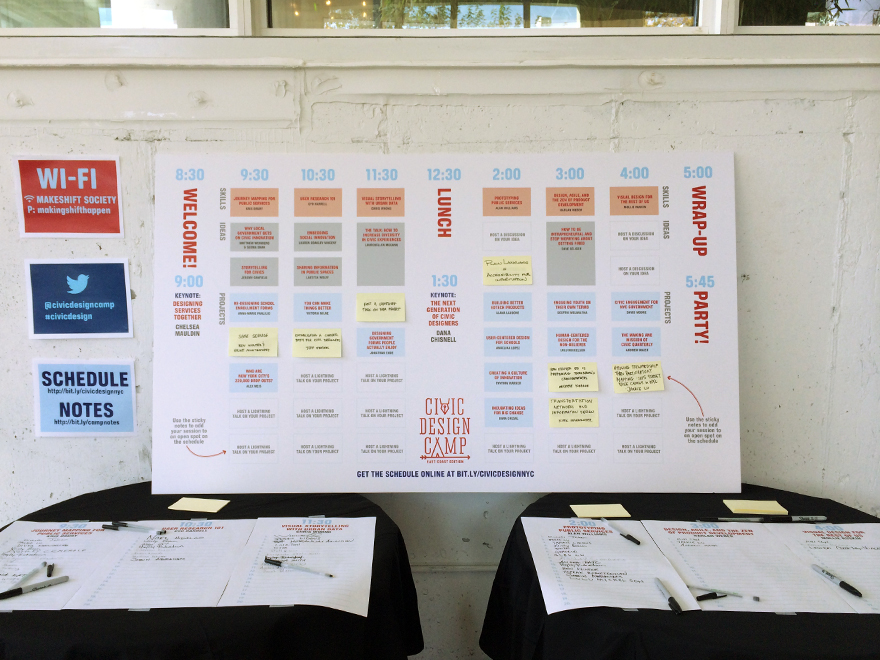 The event kicked off with a keynote from Chelsea Mauldin, Executive Director at Public Policy Lab, who warned the audience to be aware of taboos and different cultures, elements that can cloud judgements and negatively effect the design process. "There is no way to design services for others without properly integrating into their lives," she shared with the audience. Mauldin advocated for radical transparency, suggesting that a blog is perhaps the most viable solution to share progress and work with the general public while designing for them.

Mauldin's early message reverberated throughout the day as a motif emerged: Research early, and often. Sarah Lidgus, previously of IDEO and now a founder of her own startup, Small City, queried the audience about when they thought research should occur during the design process. "Always," she answered. "Research is a journey and you shouldn't end up where you started." The recent founder also spoke to the balancing of profit and non-profit work in her own business; Lidgus tries to spend two days a week working on pro bono projects, financed by three days of for-profit work. 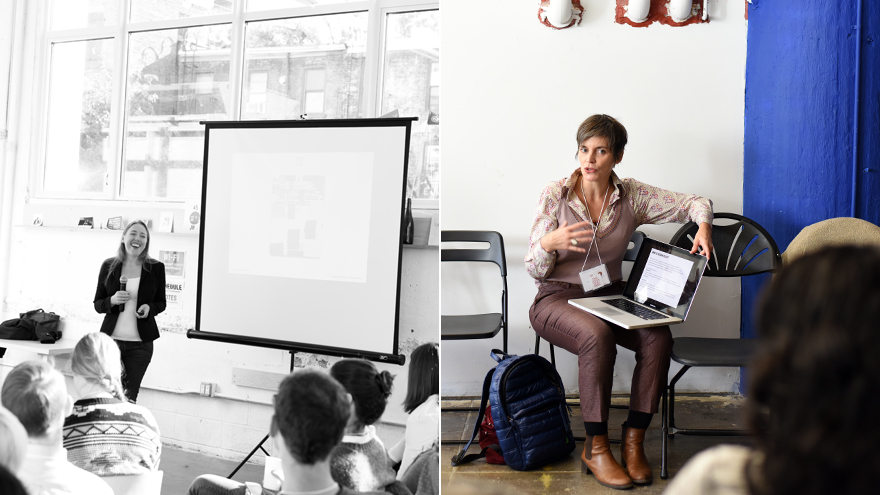 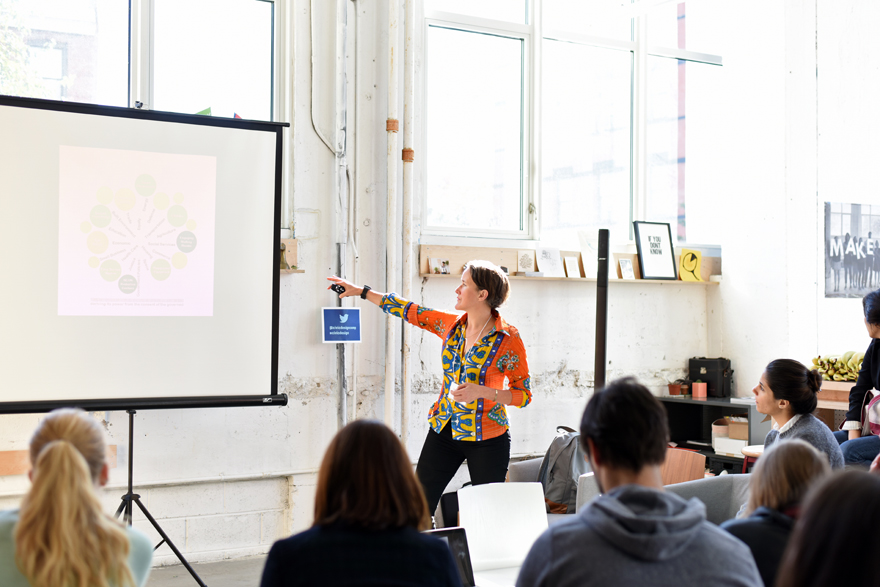 While presentations took place upstairs, the ground floor got down to business with a series of facilitated discussions alongside choose-your-own "skillshares" on topics from visual storytelling with urban data to User Research 101. One attendee led a discussion downstairs around building community and practicing innovation within a city agency. As a public servant for the City of New York, she was familiar with the hardships faced by those struggling to innovate in an environment that is perpetually under critical scrutiny. The public eye is paramount for the government, to the effect that there is less incentive to try new things and experiment, hindering innovation in that sector. Attendees shared resources and strategies for empowering employees, including creating task forces and targeting managers.

Much like its West Coast counterpart, Civic Design Camp NYC conceived of democracy as a design project. From methodologies for executing design thinking to simply explaining the concept to your boss (or grandmother), the day focused on giving attendees the tools to making government work better. It's a daunting endeavor, but the Civic Design Camp team is just getting started—getting everyone in the same room is only the first step. 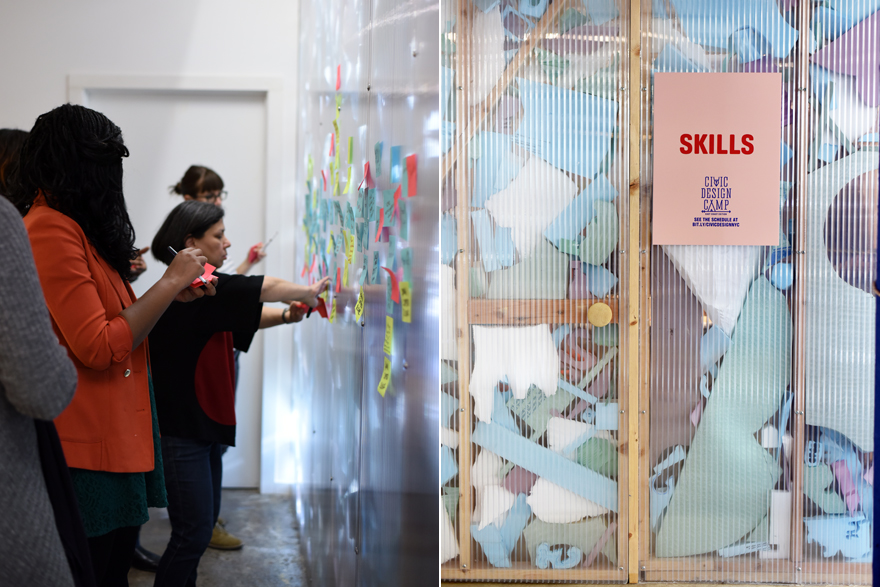 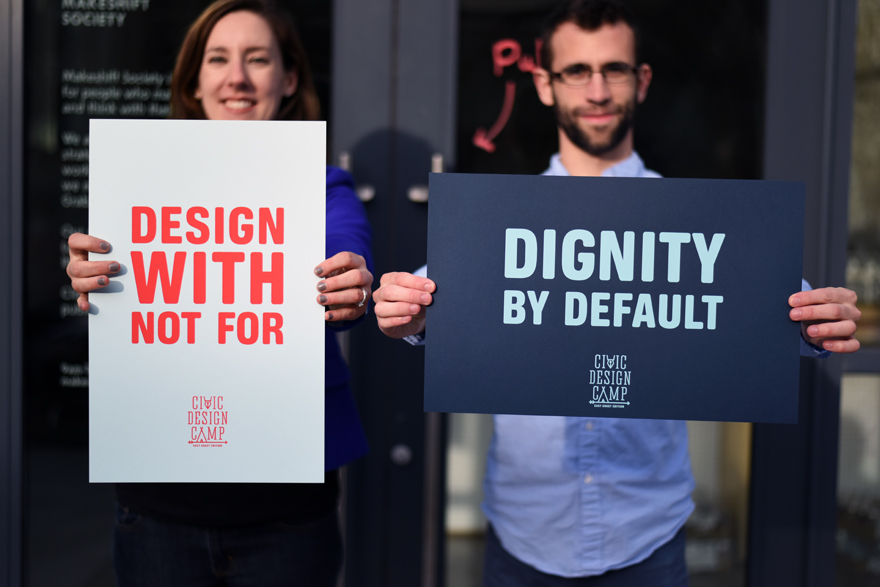 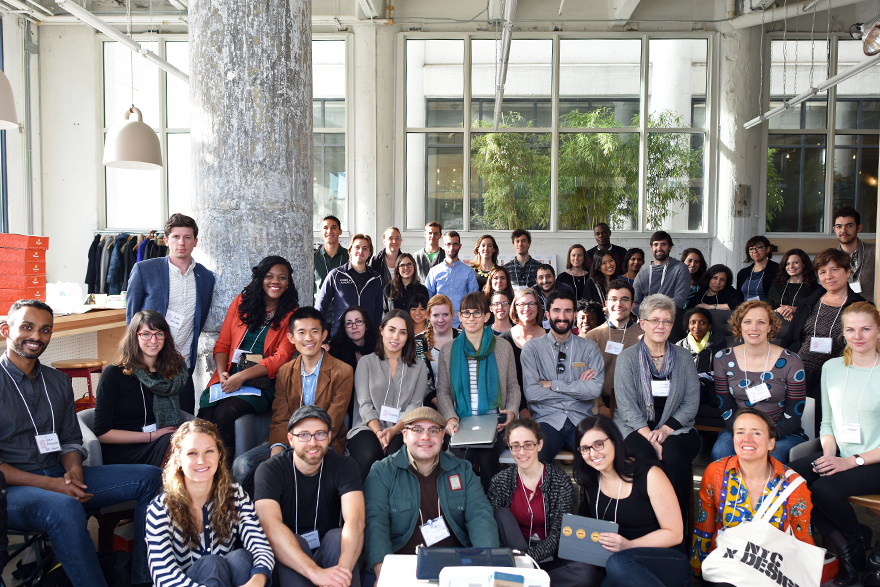 What's next for the CDC NYC team? "Finding more ways for government to work with design and designers, whether it means teaching public servants the value of design, launching projects where government and designers can work together, or something we haven't thought of yet," says Seliger. For those interested in finding out more about the event or getting involved, feel free to check out collaborative notes taken by attendees or follow along for future endeavors here.