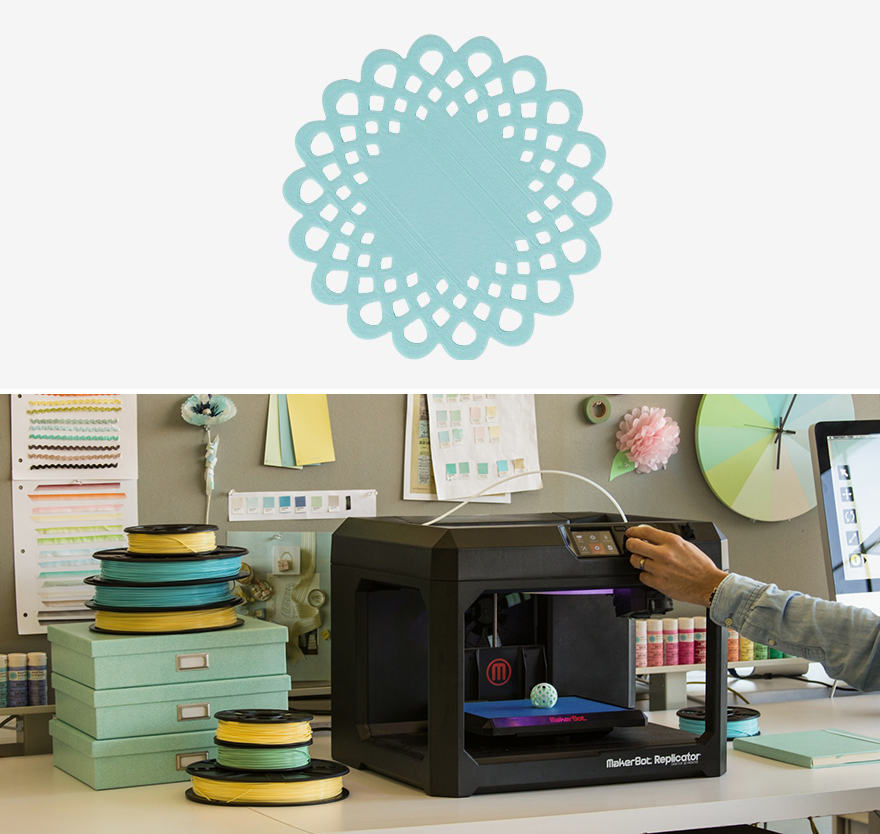 We all know what Oprah's Book Club has done for authors. Can Martha Stewart do the same for MakerBot?

Apparently that's the hope. Today MakerBot and Martha Stewart Living Omnimedia announced that they've launched an exclusive partnership, whereby not only will there be co-branded PLA filaments available for sale—forget yellow, blue and green, shortly you'll be printing in "Lemon Drop," "Robin's Egg" and "Jadeite"—but Martha's team of designers will also be producing downloadable designs for consumer purchase.

It's easy for the hardened ID'er to snicker, but this actually signifies a potentially massive shift, or at least the start of one, for 3D printing to go seriously mainstream. If Martha Stewart's gigantic audience can be wooed into paying 99 cents to download a design they can print as many times as they want, it's entirely possible MakerBot will start seeing some sales spikes. 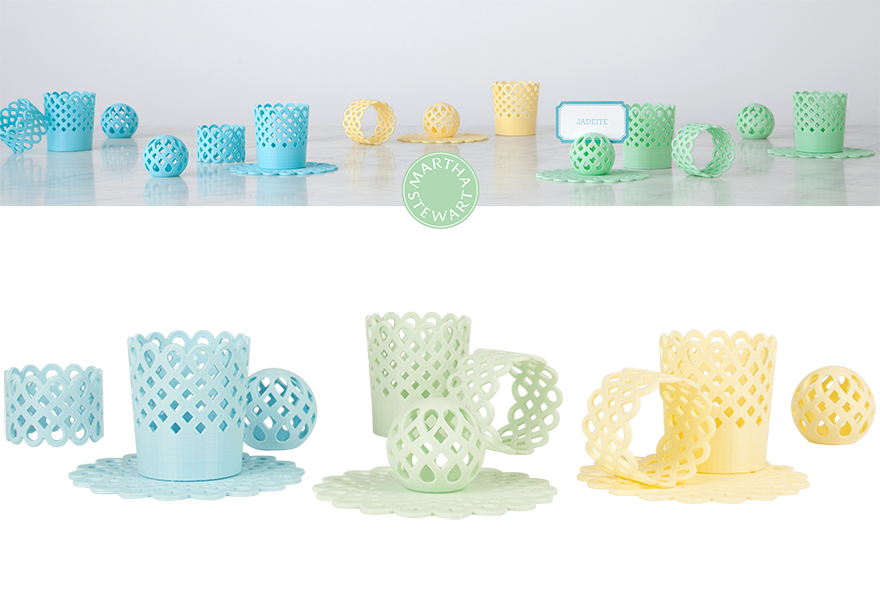 The initial offerings, however, leave something to be desired. The inaugural Trellis Collection of homewares, which features designs for "a coaster, napkin ring, place card holder and LED votive holder" that can be downloaded for 99 cents each or $2.99 for all of 'em, is very clearly a freshman effort that isn't exactly going to make it into the MoMA. I think she'd do better to tap a name-brand designer or starchitect, and then we'd really see the needle start to move.