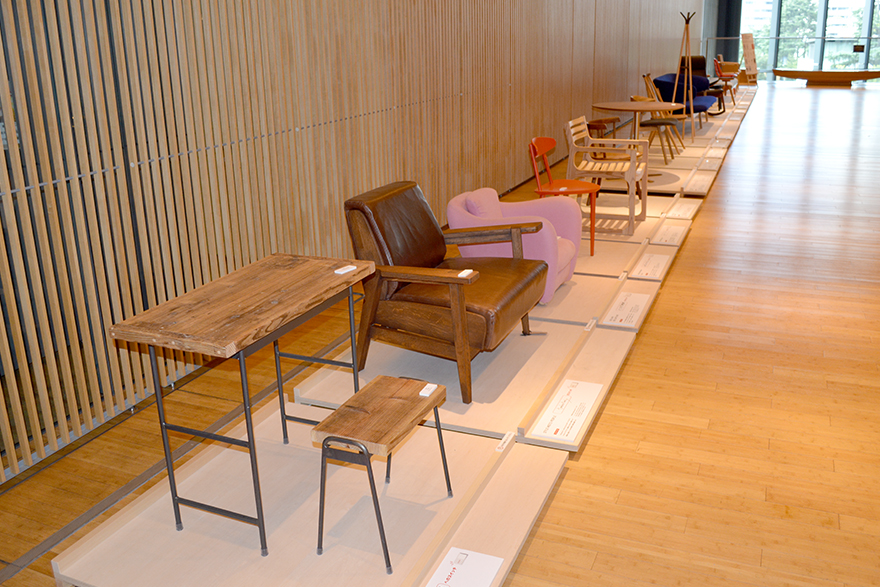 This is the second part of a two-part recap of the 2014 Good Design Awards; see Part 1 here.

While the historic design exhibition represented a museum-worthy look at decades worth of design, this year also saw the debut of the Good Design Japanese Furniture Selection. In the wake of the Great East Japan Earthquake, there has been a renewed conscientiousness about considering the value and infrastructure of day to day life and quality of living. The curation of the Japanese Furniture Selection was specifically oriented towards these considerations, and a "wish to convey values through designs that have a fundamental purpose through meaning beyond direction." Many of the designs had been made utilizing traditional craftsmanship such as Japanese woodworking as well as new technologies. 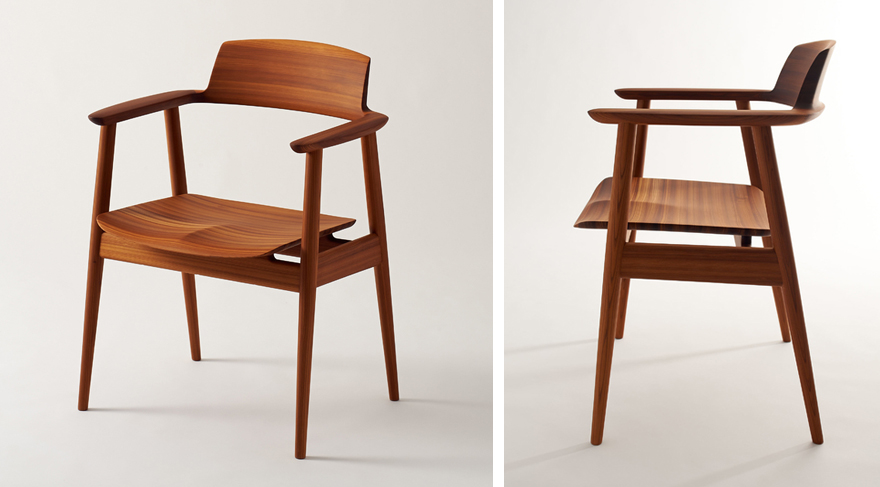 The Kisaragi armchair was a candidate for the Grand Award. Japan has an abundance of cedar, which until now was too soft for furniture applications. The Hida Sangyo Co. developed an innovative technique for compressing cedar to render it strong enough to bear weight, and created this beautifully sculpted chair made from locally sourced and readily available materials. 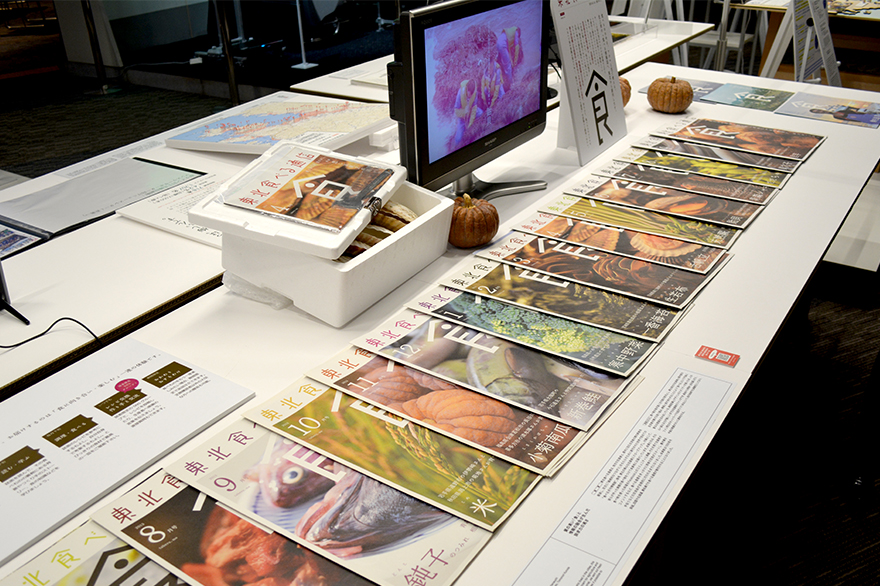 The Great Earthquake has negatively impacted the fishing and agricultural industries in the Tohoku region, which took the brunt of the damage and radioactive fallout. In order to support local farmers and fishermen, Tohoku Kaikon created the Tohoku Edible Journal, a publication that connects them with consumers. Alongside editorial articles and photography celebrating the subjects, subscribers receive actual food product from the Tohoku region with recipes and comprehensive information. The magazine has been a resounding success, garnering fans for the producers who interact with subscribers via the publication's Facebook page. The fans often visit the businesses and become long lasting supporters. There is hope for the magazine to expand to other regions. 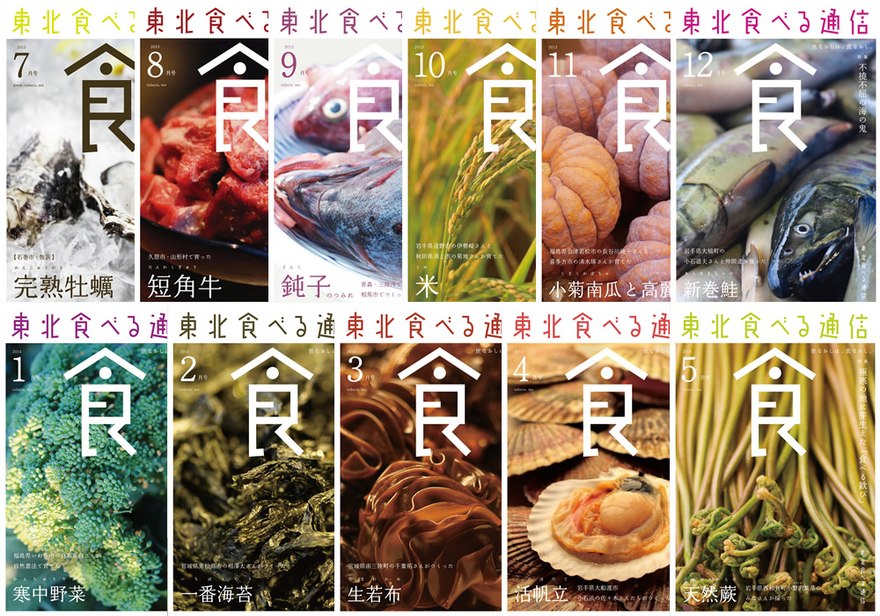 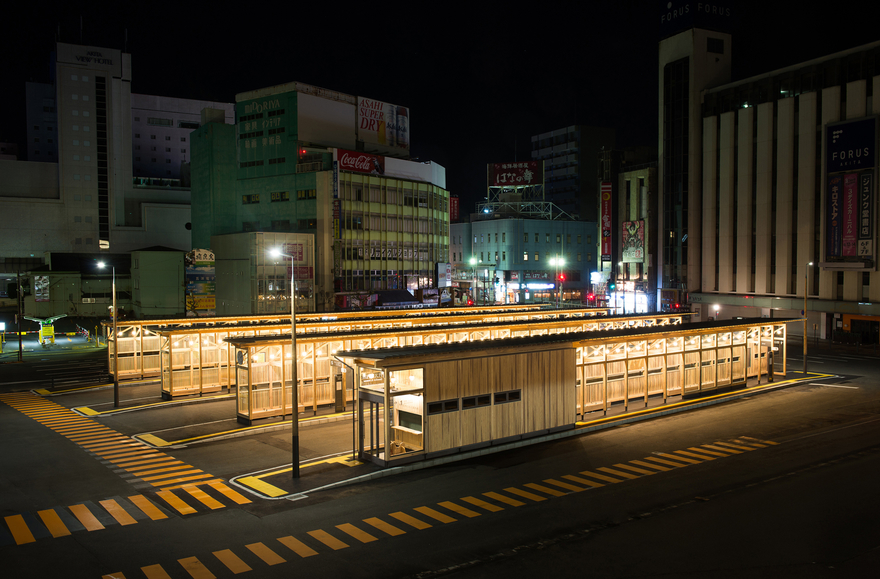 The impact of the earthquake on design can be seen again with the Akita Station West Exit Bus Terminal. After the quake, a building inspection of the terminal revealed corroded steel frames and structure that was unsound. Instead of reinforcing the steel, it was decided to rebuild the station with locally sourced and resilient Akita cedar, which has been neglected in post-war Japan in favor of imported materials. The ultimate effect is a comfortable and inviting bus station that sets a standard for using locally sourced materials in infrastructure. 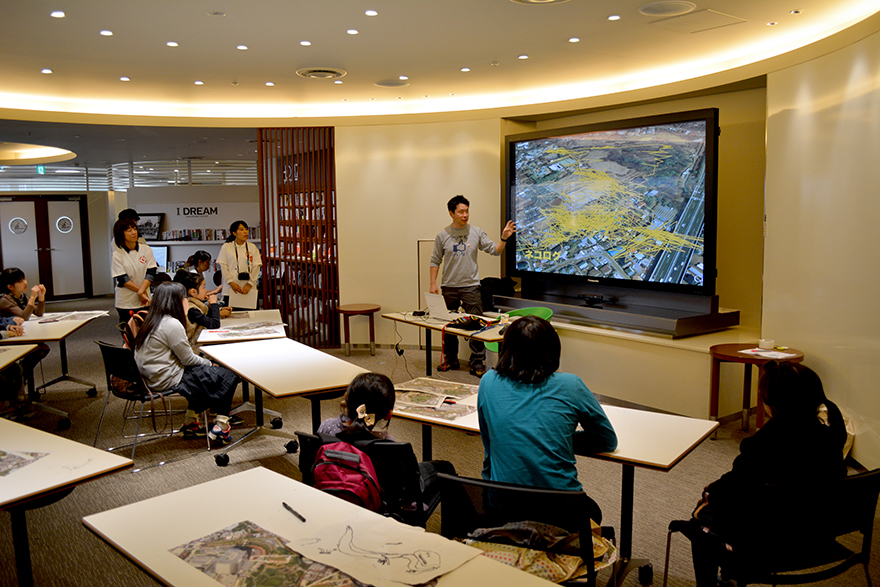 Another portion of the exhibition was dedicated to engaging children with design and technology. We attended a GPS workshop for 3rd – 5th graders organized by Hokago NPO After School in Tokyo Midtown. Instructor Hajime Ishikawa led the students through the workshop, where they would draw a picture over an area of a map. After making the initial drawing, the students would walk the area on the map with GPS attached to them and try to recreate what they had created with pen on paper. The project was a success as the students were delighted to see their tracked paths on a digital map. 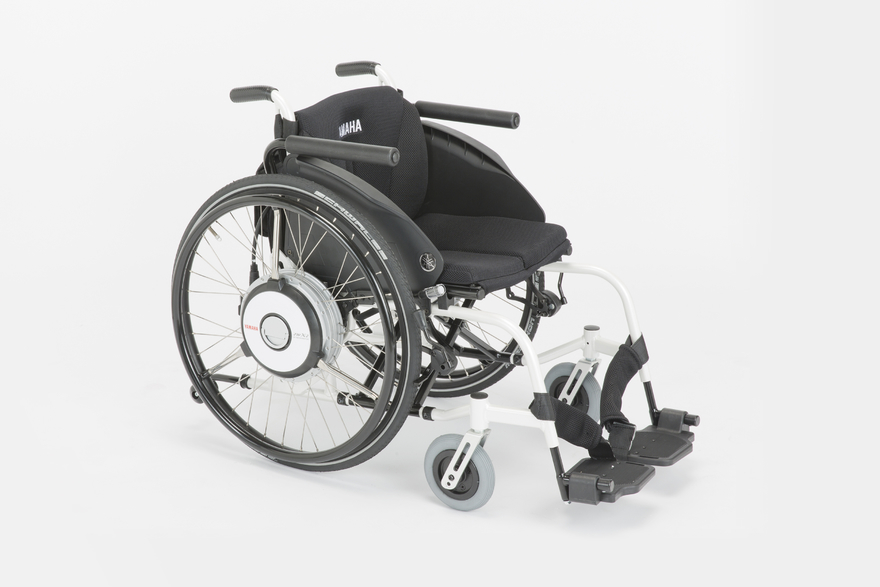 Meanwhile, Good Design Grand Award candidates exemplified the very best of the exhibition. A notable candidate was Yamaha's Power Assist Wheelchair dubbed the JW Swing. The motor is in the wheel so it can be folded and disassembled easily for transport, but its electric assist for urban terrains is what makes it particularly compelling. Users can set multiple presets that respond to the needs of a specific situation such as a slope or carpet. The small battery is stored discreetly in a bag that fits on the back between the wheels. 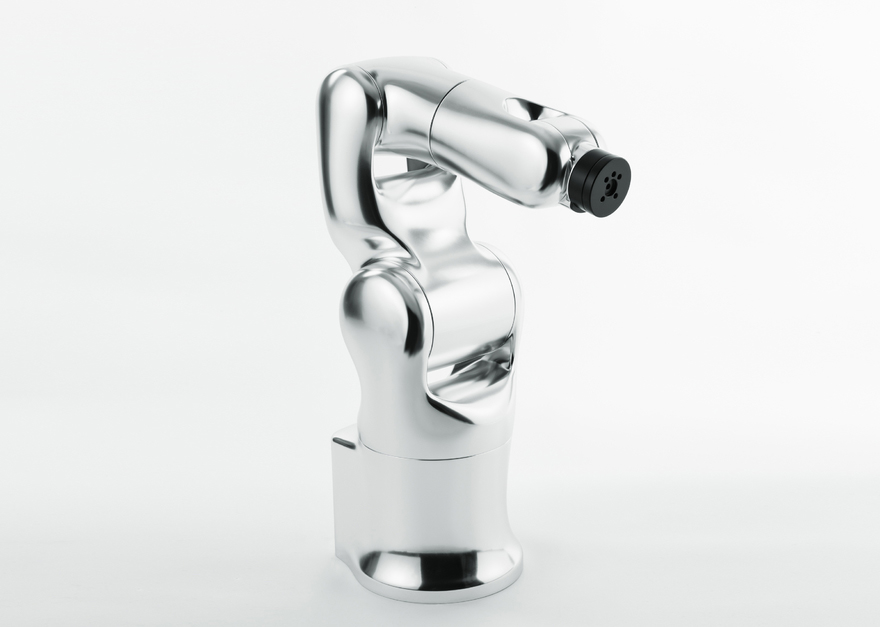 The final winner of the Grand Design Award was Denso Wave's sensible, yet cryptically named robot, "VS050 SII." It is part of a recent trend of industrial robotics in clean room environments, and is intended to take place of humans to provide more accurate and productive results for the pharmaceutical, food and semiconductor industries.

While one might assume that its sleek and 'futuristic' appearance is a matter of aesthetics, it is instead a byproduct of it's functionality. Designed for use in extremely sterile situations, the VS050 SII has no exposed part lines, joints, or screw holes. It even forsakes a logo to minimize any area where dirt might collect and bacteria could potentially grow. The consistently curved shape also serves to eliminate bacterial breeding grounds. Its finish is triple plated and polished to allow for washing with hydrogen peroxide gas.

Naoto Fukasawa laments a perceived decline in Japan's industrial prowess and remarks that in fact it has not been a decline as much as a shift in focus. "While Japan is still producing remarkable consumer products, [they] are paying more attention to the basic, fundamental infrastructures that support our life and systems," he notes. "[Design and industry] in Japan have become somewhat more invisible because of this attention to fundamental life infrastructures," such that the products like the VS050 SII will not be visible to consumers, despite serving a critical purpose and meeting strenuous design, manufacturing and engineering standards. Fortunately, the Good Design Award and Exhibition allow us a comprehensive and crucial glimpse into the multifaceted range of design, technology, engineering and innovation of contemporary Japan.