In the Details: Bringing the Classic Leather Armchair Into the 21st Century 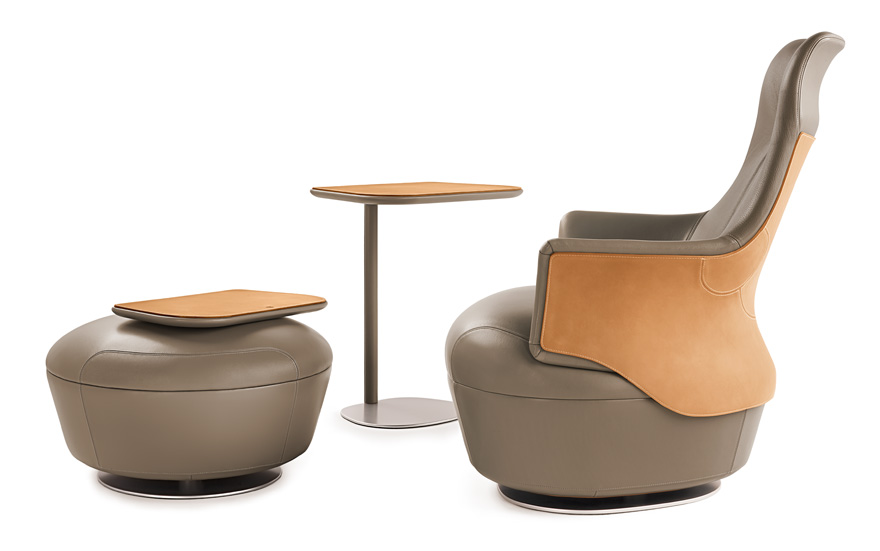 When Poltrona Frau turned one hundred in 2012, the Italian furniture maker decided it was time to rethink its classic armchair, which had been around since the very beginning. An overstuffed wing chair with a built-in ashtray for the gentleman who likes to smoke at home—clearly it was time for a revamp. So the CEO reached out to 12 designers to take part in a competition for the "centenary armchair"—one that not only brought new life to Poltrona Frau's classic, but that also predicted the future of the armchair in the home.

The winning design was by Satyendra Pakhalé, an Amsterdam-based industrial designer originally from India (who answered our Core77 Questionnaire last spring). Pakahalé envisions a future where work and life intersect more than ever. "The concept was inspired from contemporary life in an increasingly connected world where the boundaries between the domestic space and the workplace are further blurred," Pakhalé says. "The resulting collection is a synthesis between the contemporary and the traditional; between the needs of an evolving society and the excellence of Poltrona Frau's craftsmanship in processing leather and hide." 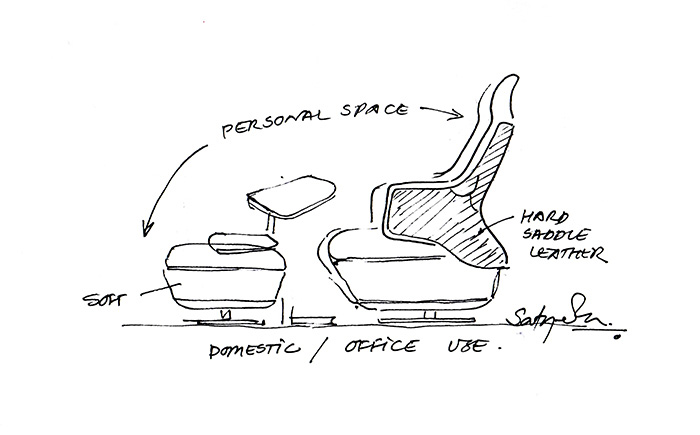 In addition to the new armchair, the Assaya collection includes a table, a lap tray and a pouf. The idea, Pakhalé says, is for the armchair to provide "a flexible way of living and working, where one could use it as a writing desk and also as a place to relax." The lap tray is provided for the use of digital devices, while the pouf and side table can be used in formal or informal settings for work and leisure.

The project began with a trip taken by Pakhalé to the Poltrona Frau factory in Tolentino, Italy. "I was curious, keen to grasp, assess and evaluate in my own manner the legendary heritage of Poltrona Frau," Pakhalé says. The designer drew upon the company's extensive leather production facilities and craftsmen in the design of Assaya, which is constructed in hide and leather all sourced from Italian and Swedish tanning factories owned by Poltrona Frau. 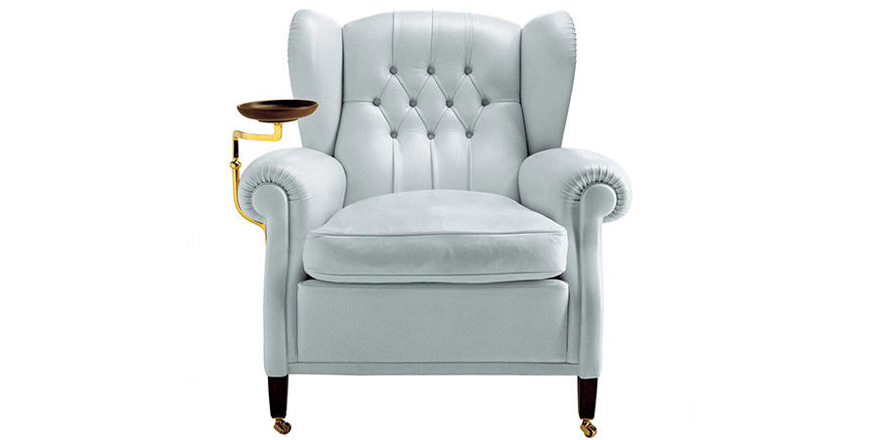 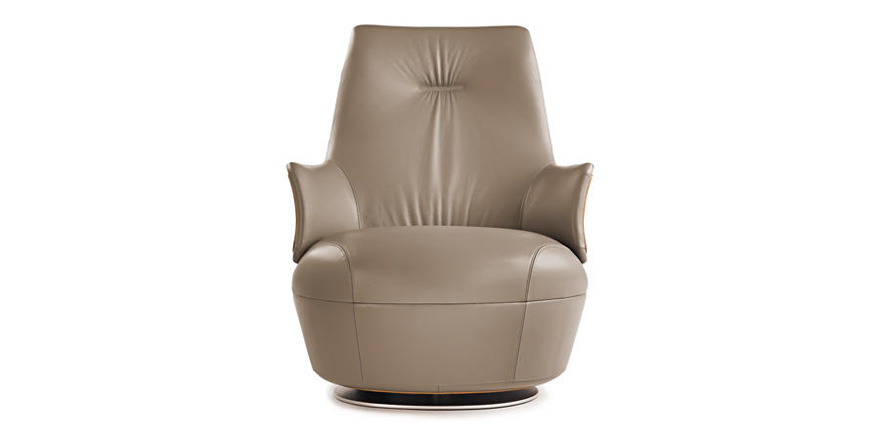 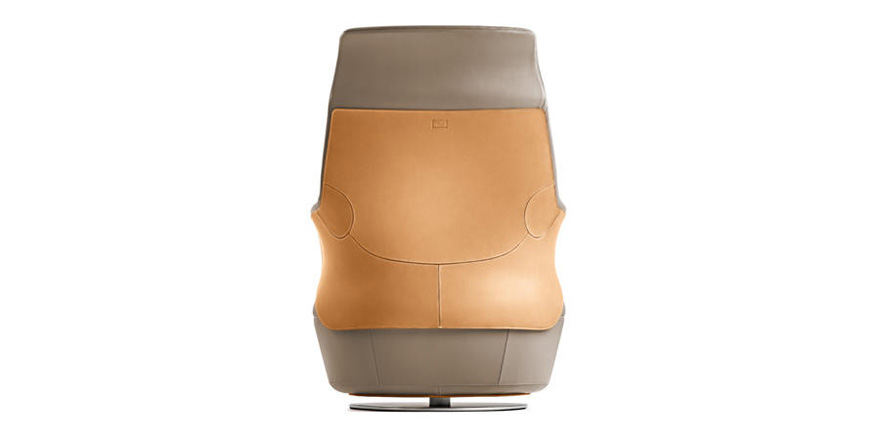 Just as duality between life and work plays a role in the concept behind Assaya, contradicting and complementary features are a motif throughout the set of objects. The armchair features an outer hard-leather backrest coupled with soft leather upholstery. "The basic idea was to use [Poltrona Frau] Saddle leather as a hard shell—an outer shell that will support the lower lumber ergonomically—and soft pouf to sit," Pakhalé says. "This basic concept persisted and evolved into a very articulate form."

After the leather is sourced from tanneries in Sweden and Italy, all the manufacturing takes place at the Poltrona Frau factory. The leather is examined for any flaws, then laser-cut to the pattern. Hard hide and softer leather are separated for the different parts of the chair, and the external hide shell is modeled by a skillful series of cuts and stitches that give the material its ductility. For the backrest and armrests, made up of a single shell, a rigid polyurethane is used and padded with polyurethane foam and wadding. Seasoned beech wood is used to construct both the seat and pouf, with padding around the edges in polyurethane foam and springs with elastic belts. Finally, the seat cushion is integrated into the chair and padded with polyurethane foam and wadding—similar to the backrest.

The side table is constructed of a single steel leg with an aluminium-colored painted steel plate base. The surface is birch plywood with light polyurethane foam padding. The lap tray is of a similar build, but made with poplar plywood and lighter padding. Both the lap tray and the side table are upholstered in two types of Poltrona Frau leather with contrast stitching.

Since the Assaya collection launched in Cologne just last month, it's too soon to tell if Pakhalé's updated armchair will last another hundred years—but the designer certainly hopes his redesign has longevity. "Perhaps the main challenge [was] how to create a refreshingly new sensorial object that not only fulfills the utilitarian needs, but above all creates a cultural connection which will work in atmospheric sense for many years to come," he says.

In the Details: Bringing the Classic Leather Armchair Into the 21st Century