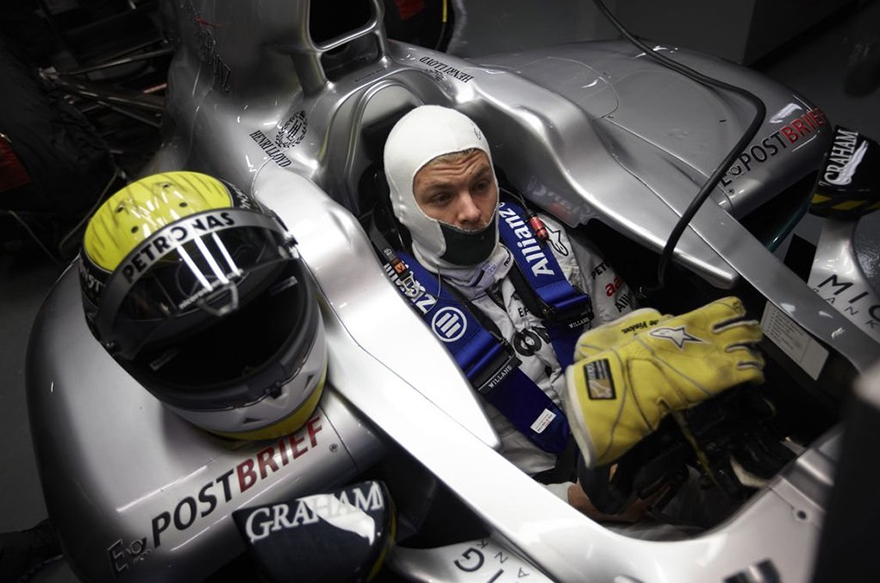 Imagine you're a Formula One driver doing 240 m.p.h. when a bug slams into your helmet's visor. By chance the smear is directly in front of the pupil of your dominant eye, and this obstruction of your vision is enough to cost you the race (and maybe much more). That's why F1 helmets have four layers of transparent tear-off strips over their visors. The drivers rip them off and let the wind take them, their act of littering forgiven in the name of chasing millions of dollars worth of glory.

In addition to the pull-off strips, there is an impressive investment of design and materials science in the modern-day F1 helmet. First off they're freakishly light, weighing just 1250 grams (under three pounds). This is to avoid burdening the driver with an extra-heavy head as they can experience as much as five G's while cornering and braking.

Despite the low weight, there's an insane amount of material in them—according to F1 Technical and Formula1.com, some 17 layers that can include carbon fiber, titanium, aluminum, magnesium, epoxy resin, polyethylene, polycarbonate, Kevlar, Nomex for fire resistance, and a secret blend of herbs and spices that manufacturers are secretive about. 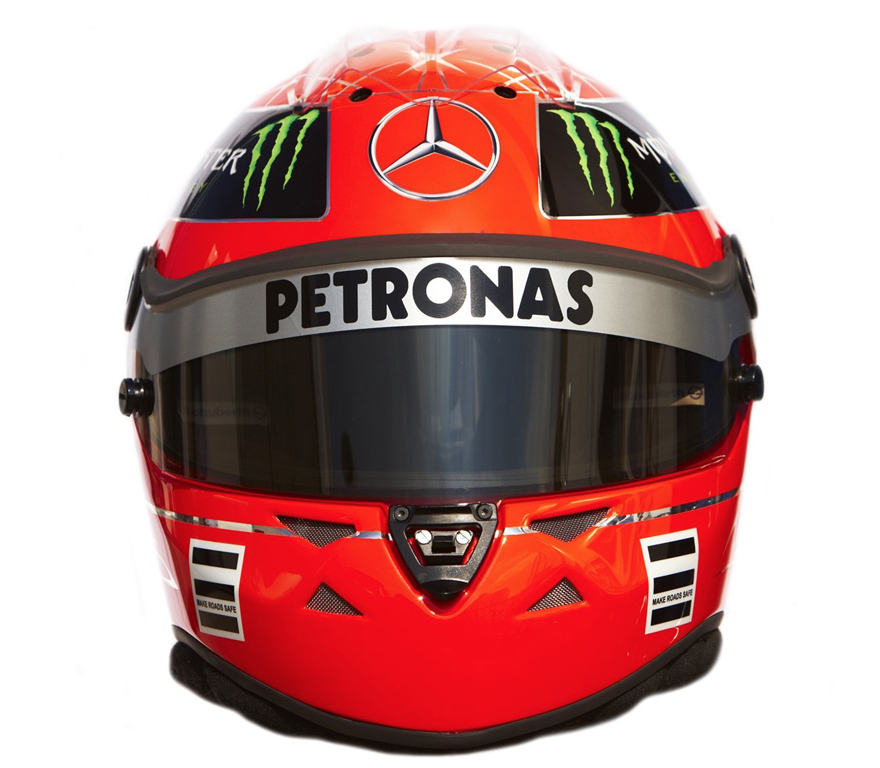 Small vents are designed to allow airflow into the helmet. As it's the driver's only source of fresh air, there are filters in place to keep out brake dust, splashes of motor oil and the like.

The rest of the helmet, though, is designed to channel air around it, making it as aerodynamic as possible. F1 cars are traveling at such speeds that an overly wind-resistant design would snap the driver's head backwards.

Alongside the chin-mounted comms microphone you'd expect is something more surprising: An in-helmet drinking straw that leads to the driver's beverage of choice. A handy button on the steering wheel lets the liquid start flowing.

On top of all this the helmet is of course designed to provide protection, and this functionality is updated as the designers learn more. For example, at the 2009 Hungarian Grand Prix, Brazil's Felipe Massa was knocked out by a suspension spring that flew off of another driver's car. Watch it in CG:

As Wired points out, "At 160 mph, it was the equivalent of being hit by an AK-47 round, landing [Massa] in the hospital with a fractured skull and an injury to his left eye." Following that incident, "the marks of the crash on Massa's helmet...were analysed millimetre by millimetre," writes helmet manufacturer Schuberth. The helmets were subsequently updated, with a carbon fiber shield over the visor now a mandatory part of the design.

In the video below Nico Rosberg, a driver for Mercedes AMG Petronas, gives you a little show-and-tell on his helmet's design: