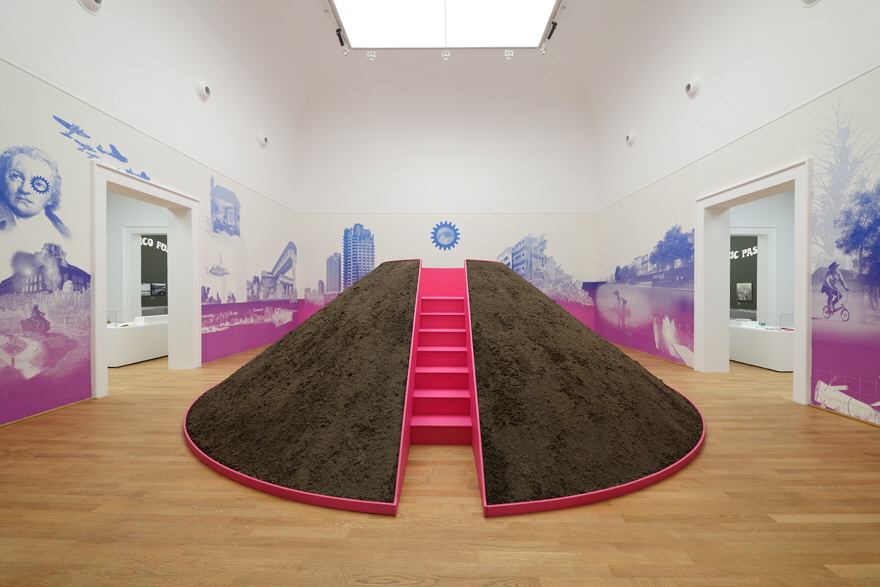 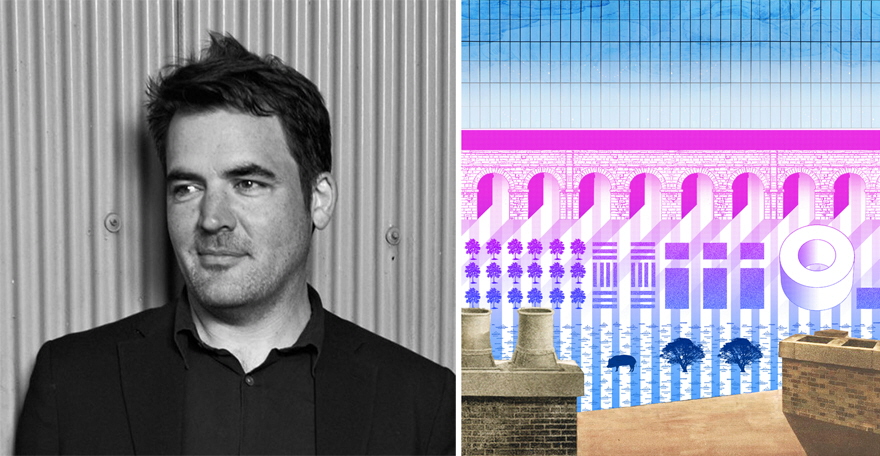 This is the latest installment of our Core77 Questionnaire. Previously, we talked to Brad Ascalon.

Occupation: I'm the principal of Sam Jacob Studio, a design, architecture and urbanism practice based in London. At the same time, I'm a professor of architecture at Yale and at the University of Illinois at Chicago; Director of Night School at the Architectural Association; and a columnist for Art Review and Dezeen. And until recently I was a co-director of FAT Architecture, which closed this year in a blaze of high-profile projects at the Venice Architecture Biennale and a collaboration on a building with artist Grayson Perry.

I've always pursued an idea of design practice as a combination of criticism, research and speculation that all feed directly into the design studio. So that ideas cross-fertilize, find connections and directions that make the practice stronger, more agile and able to respond intelligently to the problem at hand.

After 20-odd years as co-director of FAT Architecture, it's been exciting to establish a new kind of practice, to work with new people, with new kinds of projects, with different angles of attack.

Current projects: I'm really excited about some collaborative projects that are happening at the moment. The first is developing ways to reinvent the business park—taking the outmoded 1980s model and revitalizing it. The idea of work has changed so dramatically in recent times, so it seems right to be imagining new ways to spatialize and organize new kinds of work patterns. For me it's the perfect combination of research, speculation and design.

Secondly, a big master planning project that's trying to invent a new kind of community—one that's not urban, not rural but also non-suburban, a new kind of hybrid between the rural and the urban. A techno-eco idyll, in other words.

And lastly, designing my own house—the fantasy of any architect, but a daunting one too. Any architect designing his own house is inevitably also writing a manifesto.

Mission: To use design as a form of real-life science fiction—to invent new ways of being in the world, or new kinds of worlds to be in. 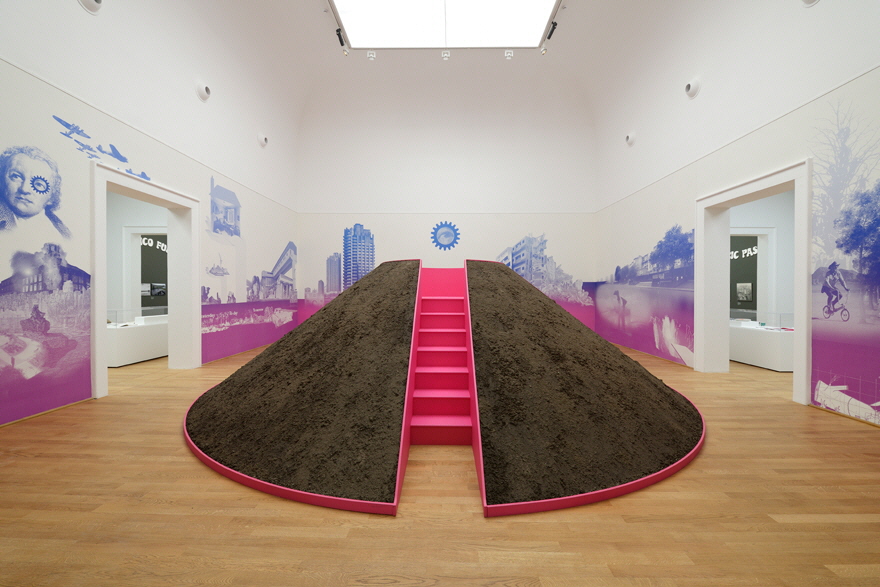 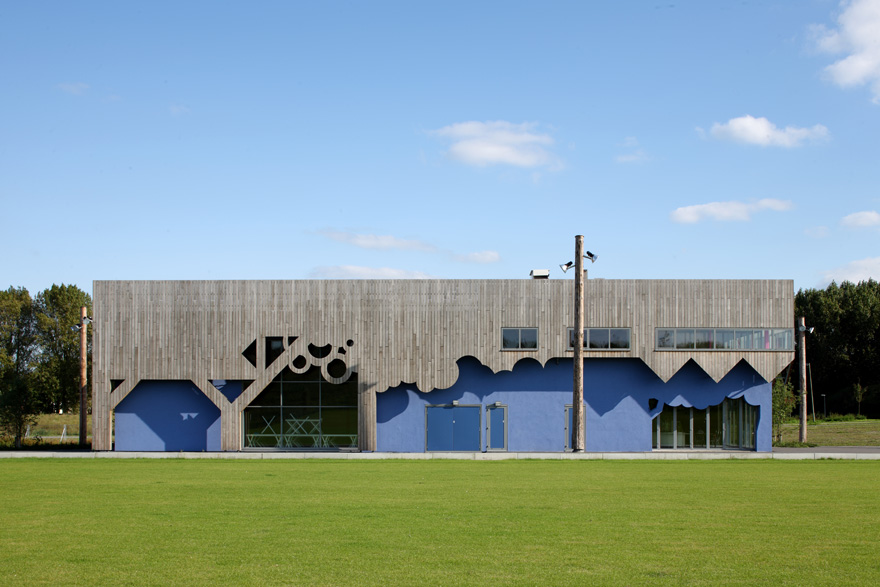 The Hoogvliet Villa, a cultural center in Rotterdam designed by FAT. Photo by Rob Parrish

When did you decide that you wanted to be a designer? It just kind of happened... I think it was a real fascination with the idea that architecture could be a combination of many things—that it was artistic, sociological, technical and so on, and that it was all these things at the same time. It's a naïve idea perhaps, but one I still believe in. One lesson I've learnt from older generations is to try to remain as naïvely optimistic as possible in the face of the endless array of problems that beset any design project.

Education: I studied at the Mackintosh in Glasgow, then at the Bartlett in London. It was—totally accidentally—a great combination. First being embedded in the Glasgow School of Art, the serious Modernist tradition of the Mac, then the freedom of the Bartlett gave me a really broad exposure to different ideas of what architecture and design could be.

First design job: Straight from school into FAT. Actually, doing both while I was in my last year. In other words, I've never really had a proper job in design—which is both a blessing and a curse. Not having a model of what an office should be or how it should work has given me a real freedom to invent something that works for me. But at the same time, I'm sure there are a few shortcuts it would have been good to learn faster. Nothing like learning on the job, though.

Who is your design hero? For his ability to conjure arguments and propositions out of the thin air of everyday culture: the British critic from the '60s and '70s Reyner Banham

For the relentlessness of investigation: Rem Koolhaas

For his belief in the connection between politics and design: William Morris

For beauty in the face of the inevitable tragedy of design: Borromini 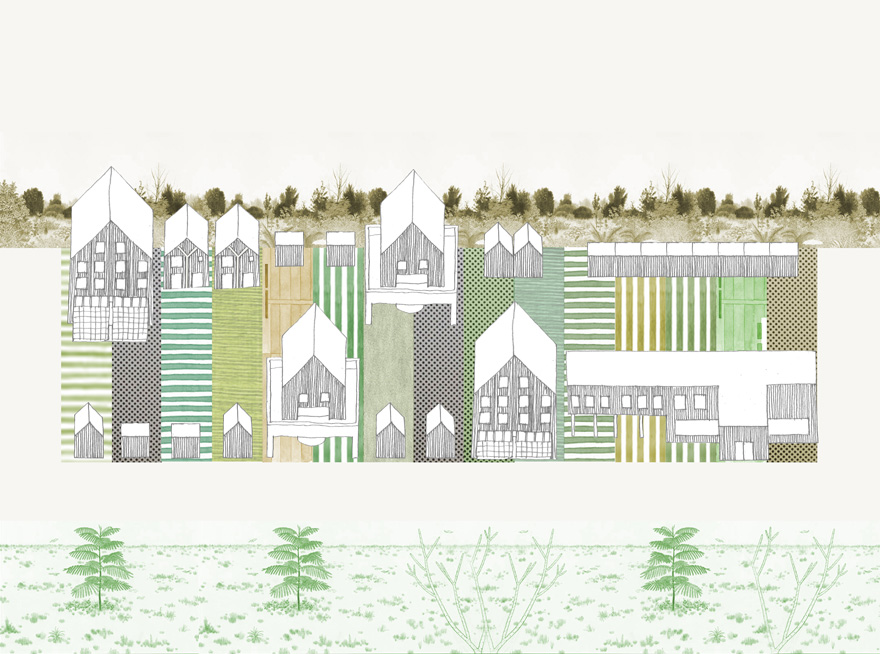 Above and below: Drawings from Sam Jacob Studio and Hawkins\Brown's master plan for an Eco Ruburb, a community hybrid of the rural and the urban 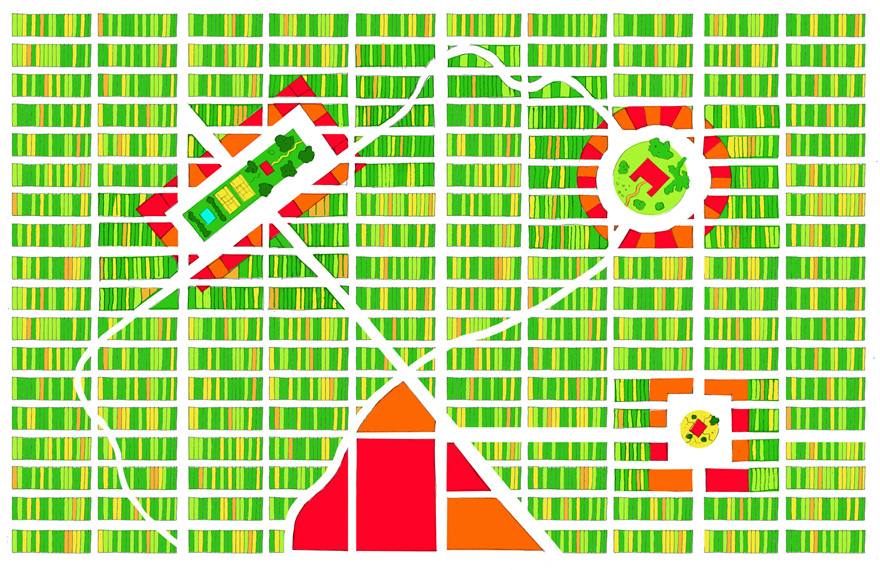 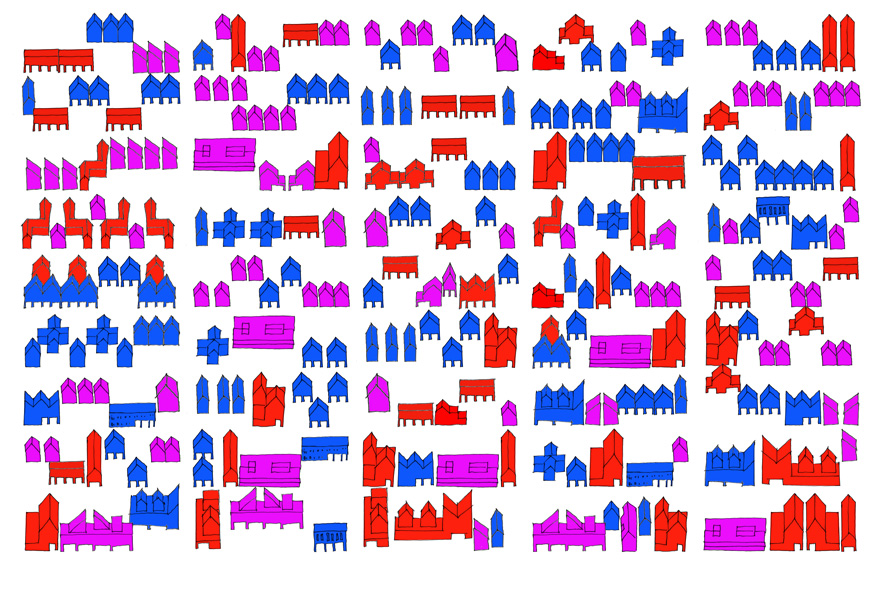 Describe your workspace: One big room, trestle tables, a variety of Macs, wires, piles of books, lots of models, materials. It's a space that's firmly in the tradition of the studio rather than an office—a place of experiment and action.

Other than the computer, what is your most important tool? A Rotring pen. It's just such a great thing to draw with—such a great line. And while we are surrounded by amazing new tools, there's nothing quite as truthful as the line of ink that comes from the nib of a Rotring.

What is the best part of your job? The exposure to so many people and situations. I really thrive on discussion, collaboration, problems. And the more diverse these are, the more exciting it can be. Especially when one sphere begins to overlap with another. I love that synaptic jump that links up what at first seem totally different things.

What is the worst part of your job? Trying to keep everything spinning and not crashing to the floor—maintaining constant velocity and rotation, in other words. 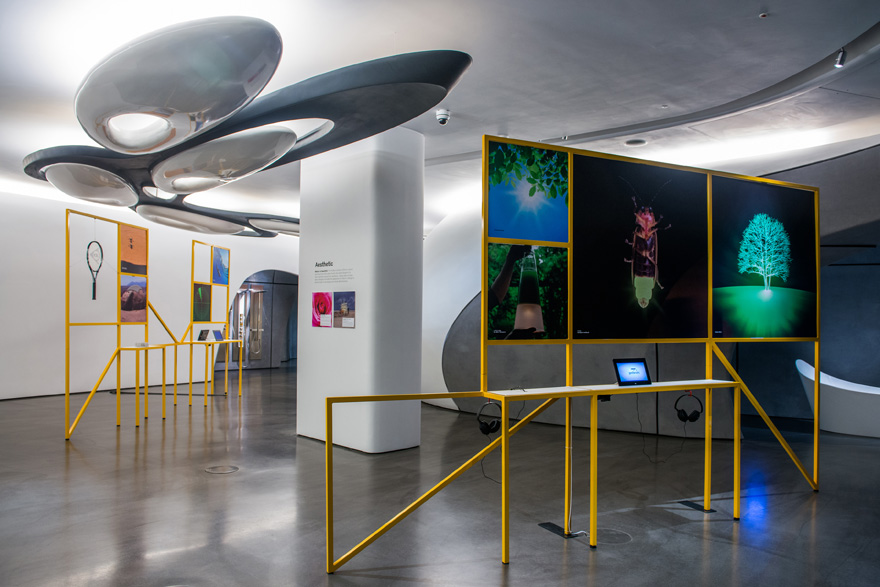 Above and below: An exhibition on biomimic design for Roca London, with the exhibition design by Sam Jacob Studio. Photos by Susan Smart 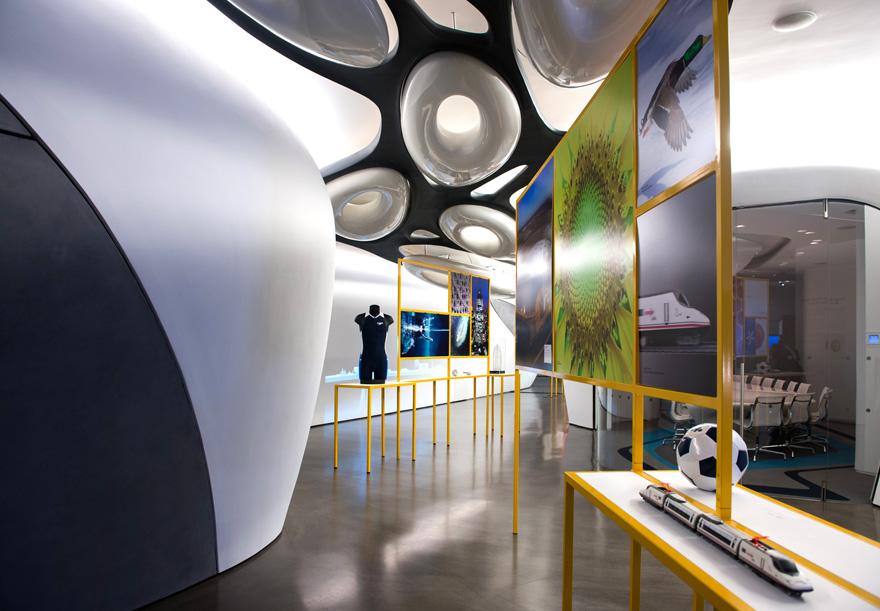 How do you procrastinate? For better and worse, I love to procrastinate. I'll do anything except the thing I'm supposed to be doing—from clicking links to watching terrible reality shows to embarking on complex new endeavors. In my defense, I'm a firm believer in the long-term benefit of messing around. I think there is a subtle subliminal process going on inside your brain while you think you're doing nothing.

What is your favorite productivity tip or trick? Lose the fear. The worst thing in the world is to be confronted by a blank piece of paper. It's like an existential void full of self-doubt and worry. So anything you can do to jump that hurdle is important.

Get something down on paper without any value judgment—don't worry if it's good or bad, right or wrong. As soon as something's there, it's a different story. You've lost the fear, and you have something you can edit, adjust, discuss, assess. The pressure is off and you can really get started.

What is the most important quality in a designer? On the one hand, you need tenacity, energy and a large dose of bloody mindedness. You'll also need an eye and an intelligence for things like space, material and form.

But most of all you need a sense of fun—that sense of curiosity that leads you from one thing to another till you find yourself in the right place for the right moment.

What is the most widespread misunderstanding about design or designers? That they are egocentric. A big part of design is like method acting—putting yourself into different situations, becoming different kinds of people in order to really understand things. I'd say designers as a species can be pretty empathetic and plagued with self-doubt. 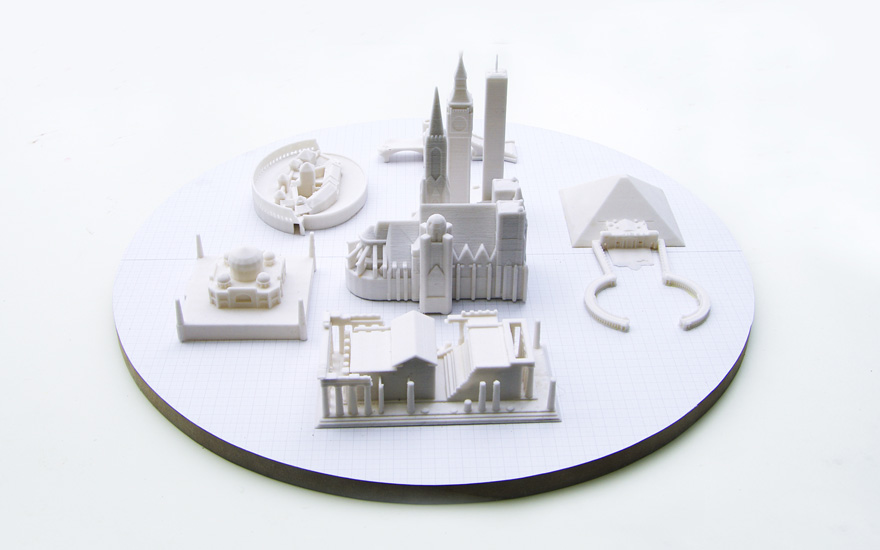 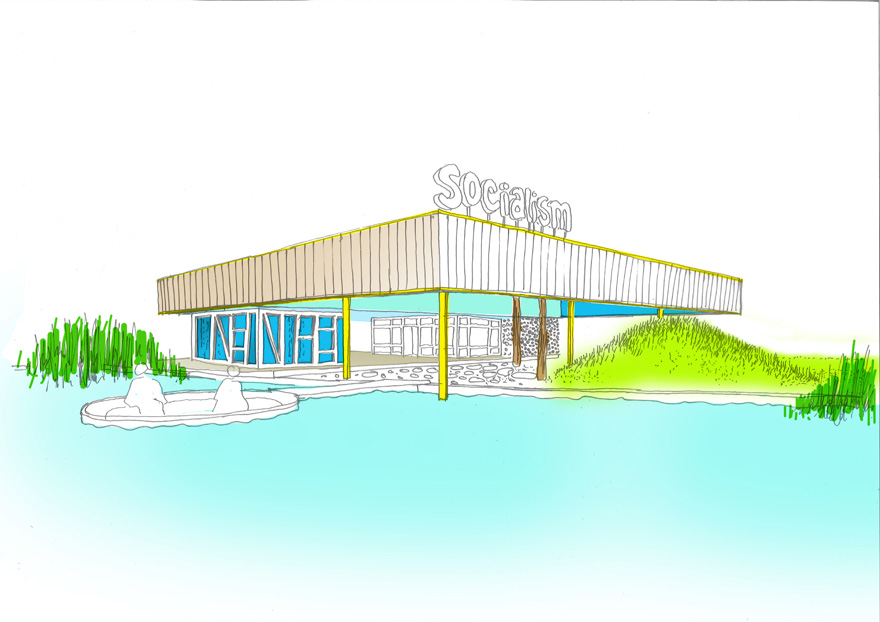 What is your most prized design possession? A collection of neolithic tools—flint arrowheads, axes and so on. It's kind of awe-inspiring to have them around. Things from thousands of years ago, from societies we know little about, but things which are still records of the act of design, the act of transforming material through human imagination. In many ways, we're just doing the same thing now—making things that allow us to become human in different ways.

What is exciting you in design right now? I'd say that we're moving into a post-digital phase—or perhaps it should be christened the real digital age. For a while, there's been a real obsession with digital tools in terms of what they can technically do. Now I think we're getting over that. Instead what we're beginning to see is a kind of convergence of intelligence in the design process—that cultural, physical, representational, sociological issues are becoming far more entwined in the way we can piece things together. Just as all kinds of information converges on our screens, I think it is beginning to in the things we design.

If you could redesign anything, what would you choose? I'd love to take on something really fundamental—something so everyday that it seems unalterable and inevitable. Something like the parking lot or the street pattern. These are the kinds of places where the real politics of design take place—the places that our social, political and economic codes are made physical. And so they're exactly the places where you can intervene in ways that really re-imagine the world in different ways.

What do you hope to be doing in ten years? More of the same, please!

Lastly, who's more fun to have a drink with: architects, industrial designers, or graphic designers? I'd hope we could all hang out together! Maybe there's a better conversation when we're not so corralled by discipline.