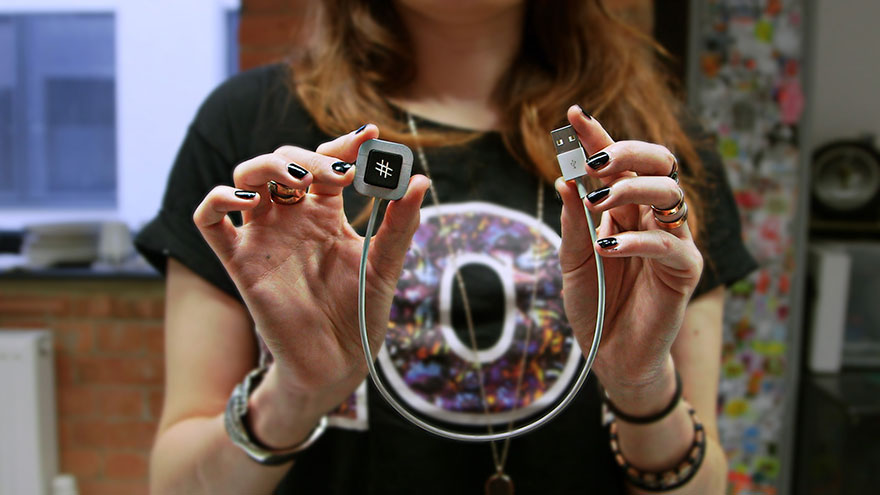 On first glimpse of the HashKey—perhaps as a result of Kickstarter overexposure—my heart sank under the weight of my tumbling faith in humanity and fear for its future. Fortunately, on closer inspection, I found sweet salvation in the realization this was, of course, a product conceived with an eyebrow raised and a tongue in cheek (see also). 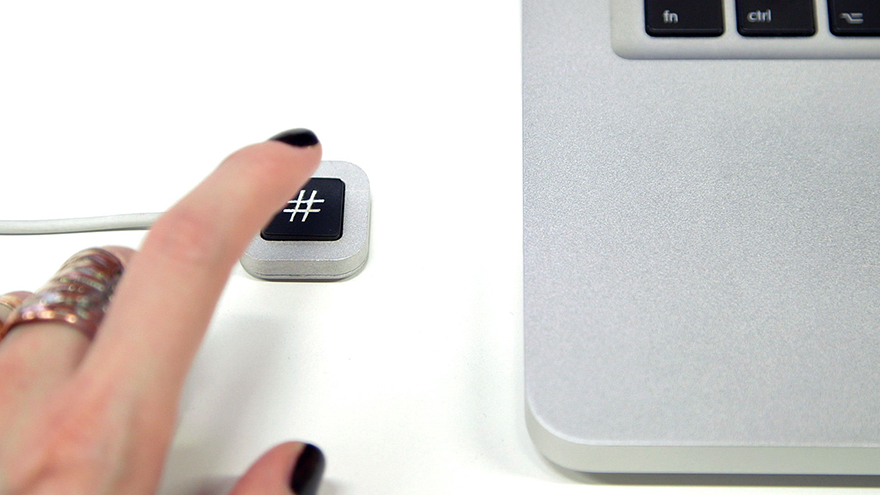 Whilst, of course, nobody in their right mind is going to dedicate one of their ever decreasing number of USB ports to such a device, the HashKey makes an amusing observation of the low prioritization of the hashtag key on traditional Qwerty keyboards, especially in contrast to their mobile equivalents—I dread to think of the number of fledgling Twitter adopters copying and pasting the symbol. Whether the (overhyped?) hashtag will ever be promoted to a higher prominence in keyboard culture is yet to be seen, but I can already hear the cogs in the brains of Microsoft's and Samsung's innovation teams turning.