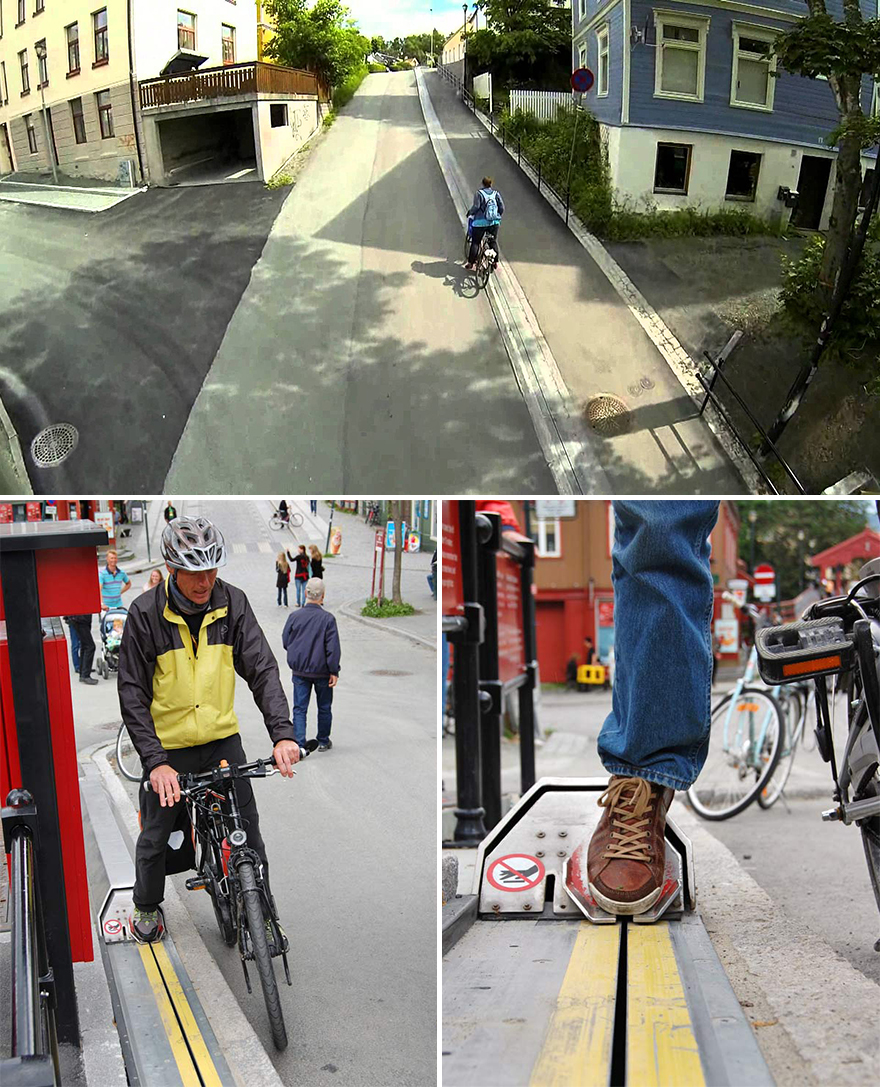 Scandinavia is famously cycling-friendly. Norway, with a population of just five million people, is home to some three million bicycles. But even for seasoned cyclists accustomed to commuting on two wheels, there are some obstacles that no one looks forward to tackling daily. One example is Trondheim's Brubakken Hill, a 130-meter uphill stretch of road with an incline ranging from ten to eighteen degrees.

The Brubakken was part of cyclist Jarle Wanvik's daily commute, and in 1992, he was sick of arriving at work each morning covered in sweat and with sore legs. He came up with the idea for the Trampe, a sort of in-ground ski lift for bicycles, and actually managed to get city backing for his company, Design Management AS, to build it the following year.The Trampe subsequently carried some 200,000 cyclists up the hill, before being ripped out in 2012 and replaced with an upgraded version in 2013. It works by deploying a cable-driven footrest sticking out of a slot, which a cyclist can then stick their foot on, and it's perfectly safe: Whenever the rider removes their foot, the footrest automatically retracts back into the slot. Even cooler, it's not limited to cyclists; the design of it means the scooter users and even folks pushing strollers can use it. 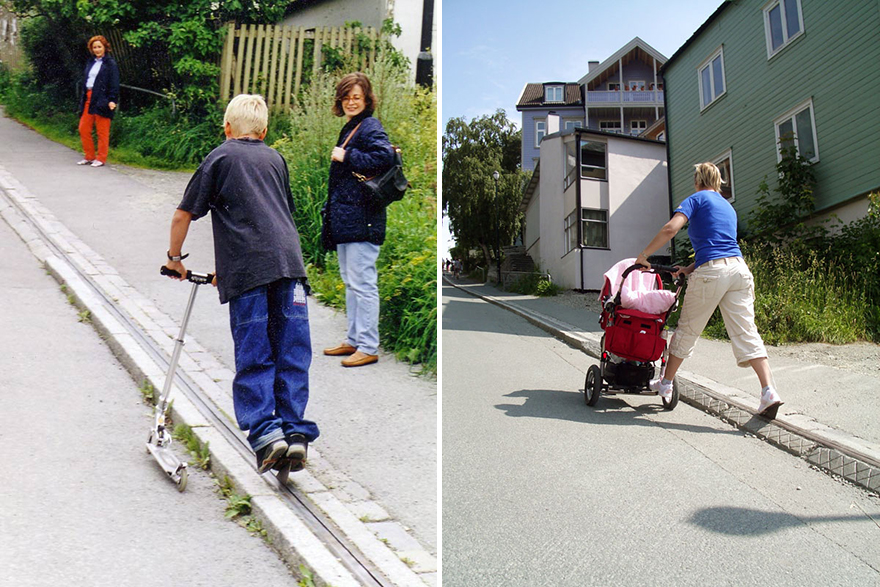 Check it out in action:

The upgraded version has been re-branded the CycloCable, and a French company is reportedly working on exporting the design.