When a Failure To Launch Is A Good Thing: Orion Signals Interstellar Steps

Aw yeah, Orion! We thankfully got good news about the second attempt to launch NASA's Orion spacecraft. Originally scheduled for Too Damn Early AM PST Thursday, the delayed launch today (at Still Too Early AM PST) went off beautifully.

If you're even generally into science, or just movies with a lot of spaceships and lasers, the Orion project should pique your interest. Its success is a key stepping stone towards building the most powerful rockets in history, capable of taking us ungrateful bipeds past the moon, to asteroids and eventually Mars. The thing itself is a mix of new and old technologies, and it's absolutely massive. Reminiscent of the Apollos of yore, this new space explorer is based on super powerful Delta IV Heavy rockets with the "Orion Multi-Purpose Crew Vehicle" perched on top. No crew today, but after proving itself it will seat 4 for future deepspace explorations. 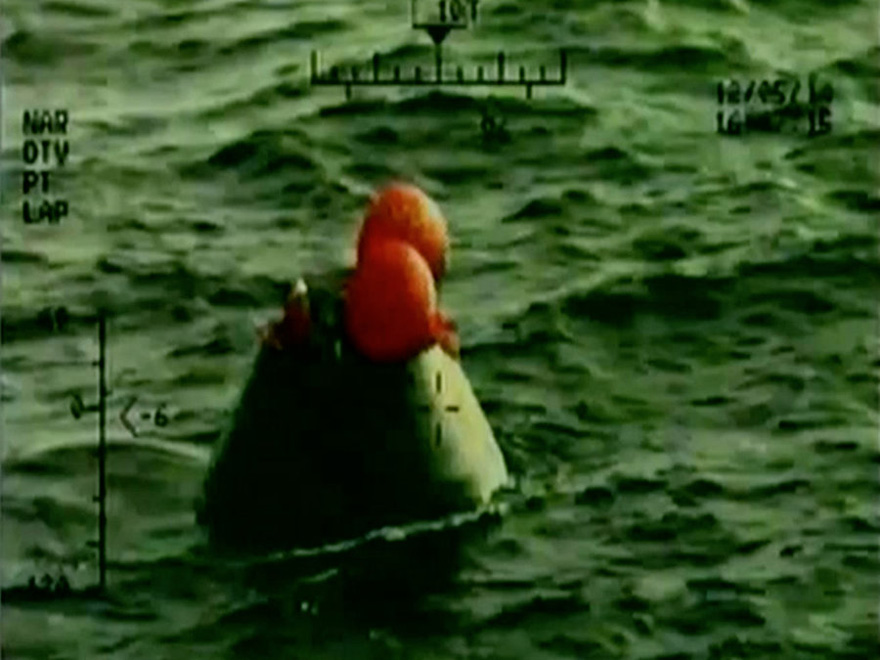 I want to believe.

Thursday morning the lift-off was stalled by wind, misbehaving valves, and (somewhat surprisingly) a nosy boat. But even without leaving the pad, the security checks still yielded good information about the monitoring and powering systems. Today's launch showed that the setup worked very well, delivering the capsule into orbit a whopping 3,600 miles above Earth, passing through the intense radiation band of the Van Allen belt, making two orbits and a perfect on-target splash down off the coast of Baja. Vitally, it survived both lift-off (a traditionally explosive point), and a blistering 4,000 degree Fahrenheit reentry. Overall, it positively tested the safety of the systems that would impact a crew: security of the capsule during flight and reentry, the effectiveness of controls and abort systems, and the functionality of the cool balloon-covered splash landing. It also successfully carried a small payload of adorable items from kids across the country, and a certain rubber duckie and other helpful offerings from prominent "Sesame Street" personalities.

So if you're still bummed about the end of the shuttle program and thought Interstellar was super cool, just keep your eyes on the skies: Orion's full set-up will be tested next year, and a real manned flight is coming in 2021. Mars or bust.

When a Failure To Launch Is A Good Thing: Orion Signals Interstellar Steps