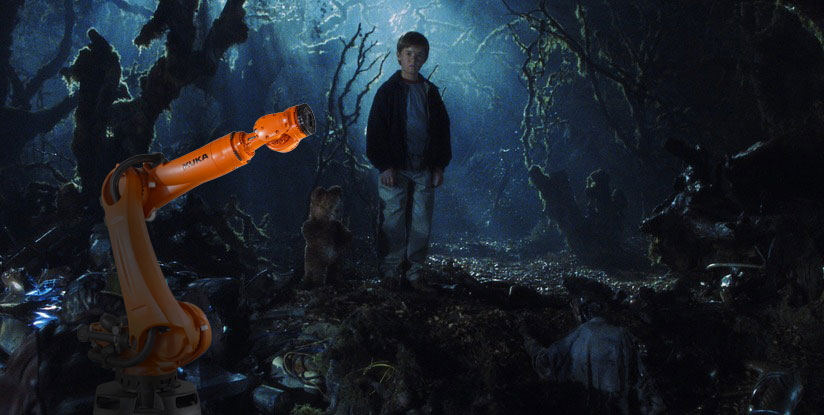 What Happens When Industrial Robotic Arms Run Away to the Forest? 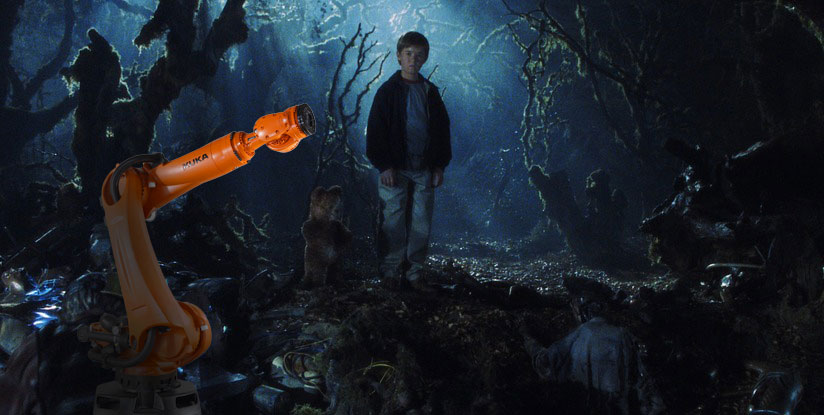 Only recently, techno-champion Elon Musk uncharacteristically called for caution on "summoning the demon" that is artificial intelligence. Now, it appears esteemed theoretical physicist Steven Hawking has expressed similar concerns—whilst also calling for a 'pinch of salt' in claims that we are close to AI emergence—alongside the announcement of a collaboration with predictive typing software Swiftkey to upgrade his outdated communication system (a boon for the tech company's own corporate communication too, no doubt).

In a project entitled 'The Assembly,' design students at the University of Arts Bremen Jasna Dimitrovska, Julian Hespenheide and Jonas Otto have imagined a future world in which machines have developed some sentience.

Rather than launching a campaign to destroy their creators, the machines choose only to flee from their organic keepers. Describing their work as a 'cautionary tale,' the team envisages a group of Kuka robotic arms growing weary of their assembly line labor and leaving the modern world behind in search of a new beginning in more natural surroundings. Striking out on their own, our brave protagonists (The Wrapper, The Laser-er, The Gluer, The Sprayer and The Sorter) can't help but be haunted by their past; a trail of shrink wrap, laser-etched markings and sorted and glued natural objects show signs of the robots struggles to shake off the habits of the past.

The students presented their fiction in a series of photographs of the robots handy work in the woods along with charming giphoscope boxes and the video above.

Whether our increasingly 'intelligent' industrial aides will ever rise up from factory floor is of course yet to be seen, but fortunately the Kuka's creators suggest that the robots might be placated in just the same way as humans—with sport, of course.