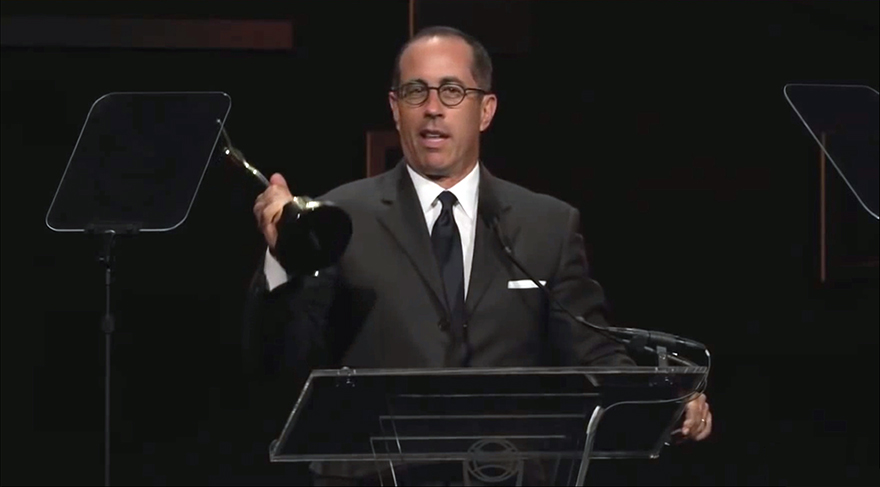 It's a sad fact, but true, that most of us industrial designers know the feeling of working on something that we don't care about. I myself have worked on many projects that I felt were inferior or even unneccessary, because I was part of The Machine, the one where the Design Group was beholden to Marketing. And for those of us that don't blossom into Marc Newsons, Jony Ives and Karim Rashids, we don't get much say in the process, and must continue to serve our cog-like function by slowly rotating in place.

I think that's why I found this Jerry Seinfeld clip so satisfying to watch. (Part of it is the awkward silence early on, while the audience tries to figure out if he's making fun of them or not.) He's giving an acceptance speech for winning an honorary CLIO Award earlier this year, and while on the surface he's skewering the advertising industry, he may as well be speaking to the thousands of companies pushing out unneccessary product: