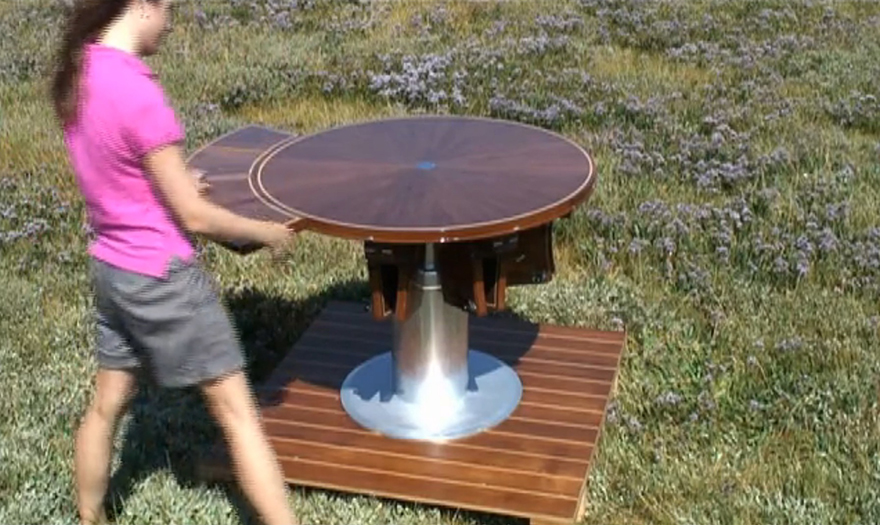 Have you ever been in the middle of a design project, when a totally different way of solving the problem occurs to you? Doesn't this always seem to happen to you towards the end, when you're already fully committed to the first solution and it's too late to go back?

It stands to reason that during his many years of perfecting his Capstan Table, thoughts of alternate methods for an expanding round table would occur to designer David Fletcher. Fletcher apparently found one such idea compelling enough to build a prototype of this "Rising and Furling Table." It takes far longer to transform than the Capstan, has added functionality in that it can raise and lower in height, and is presumably less mechanically complicated. Check it out, it's pretty nifty:

5 Rising and Furling Table 1.53 metres from David Fletcher on Vimeo.