In the Details: Chi and Chi's Astronomy-Inspired Tableware Collection 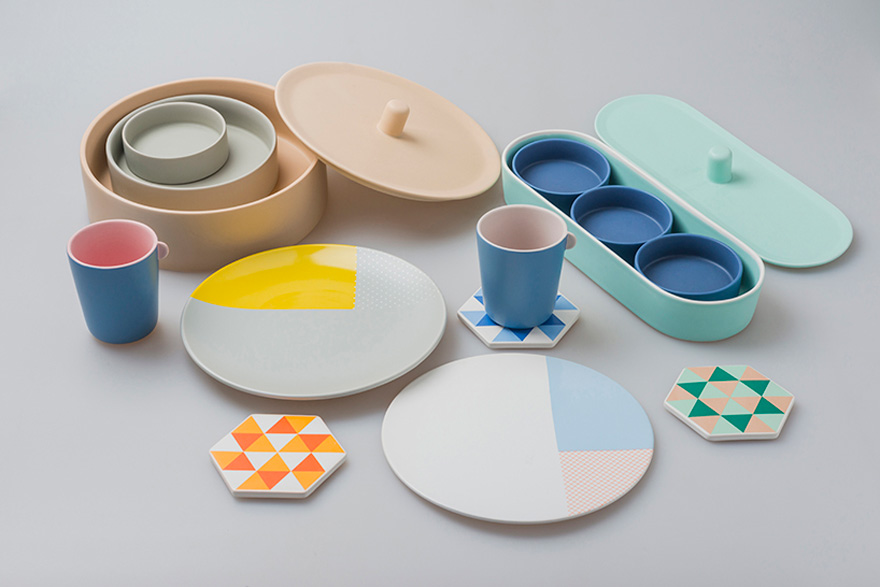 For centuries, scientists, thinkers, makers and—of course—designers have looked up to the sky and stars for inspiration. From satellite imagery on silk scarves to the movie Interstellar, some great stuff has come from celestial-oriented thinking. One of the latest examples is a set of tableware by Chi and Chi that takes its cue from astronomical objects and other cosmic phenomena.

Founded last year, Chi and Chi is a product design studio based in Taiwan, run by brothers Stephen and Leo Chiu. The duo were approached by a close friend, Sappho Wong, who wanted to develop a set of tableware for her brand Saniyo. Wong offered to provide her expertise in OEM (Original Equipment Manufacturing) consulting and her connections in the ceramic industry, while giving the Chiu brothers free rein over the ideation and creative process.

The designers started off by thinking about the concept of "gathering"—a natural point of entry for tableware "We think that it is very interesting how people meet and get to know each other and become friends; it is something very natural and we never know if there is a law or pattern behind it," Stephen Chiu says. "We think it is similar to the universe—everything is in order, and when all the things join together, it brings harmony and diversity. It is exactly like the relationship between humans." 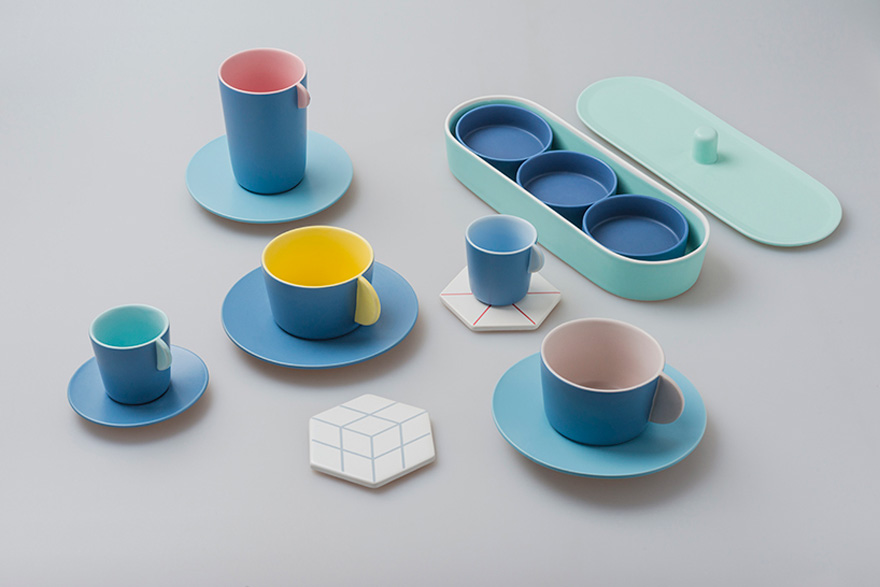 The Flag Cups' duo-tone glazing was inspired by planetary eclipses.

With that idea in mind, the designers worked on translating the shapes, patterns and arrangements of planets and galaxies into cups, plates and bowls. For the Patch Plate, for instance, the Chius drew inspiration from images by the French astronomer Trisan Guillot revealing the interiors of Jupiter, Saturn, Uranus and Neptune. The painted glaze on the plates is meant to resemble the belts of the planets and the layers of strata seen in Guillot's cutaways. The Flag Cup, by contrast, was inspired by eclipses—the duo-tone glazing highlights different shapes of the cup, similar to how an eclipse creates a subtly shifting series of forms.

For a condiment set, called Hat Trick, the brothers created a series of circular trays that nest within a larger container—inspired by the paths of planets in elliptical orbit. And small, hexagonal-tile coasters take their ornamentation from asterism, or the patterning of stars in the night sky.

According to the Chiu brothers, these decorative elements also serve a functional purpose. The Flag Cups each have a different flag and interior color, allowing guests to easily tell their cup apart. And the Patch Plates' patterns extend to the side edge of the dishes, "so it is easy to differentiate the pattern even when the plates are stacked together," Stephen Chiu says. 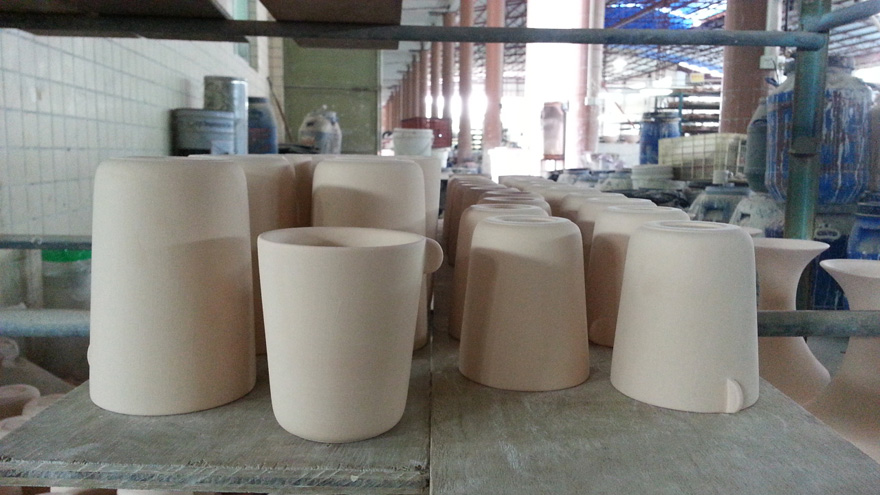 Snapshots from the ceramics-making process 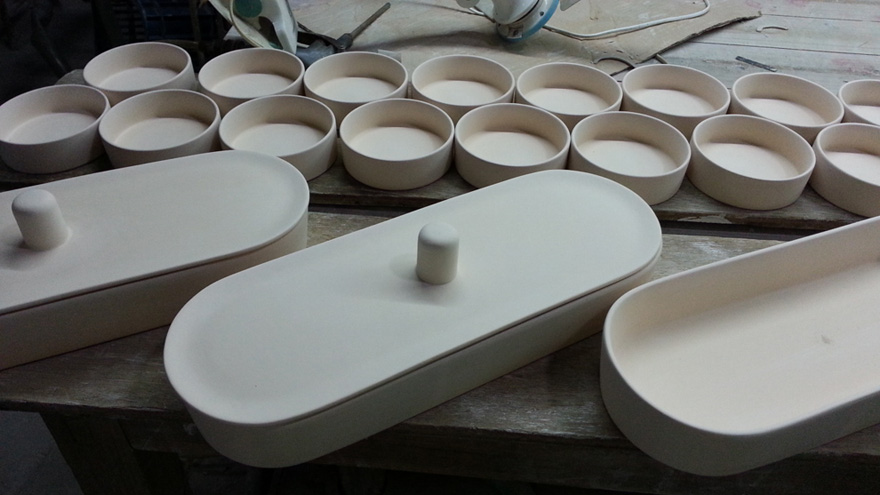 After creating renderings of their designs, the Chius presented them alongside a storyboard to Wong, who immediately sought out a factory to produce the initial prototypes. Several rounds of form refinements and development followed. "We learned a lot in the process," Stephen Chiu says. "Before we started Chi and Chi, our experience covered home appliances and consumer-electronic products. We can get a pretty certain result if we provide precise data and clear drawings to the engineer; however, it doesn't work out like that with a ceramic product." For instance, in tests they found that glaze color varied drastically depending on slight changes in temperature. Models placed near the top of the kiln would have a totally different hue compared those in the lower level of the same oven. Add to that shrinking rate variations depending on climate change and soil conditions, and every firing became a bit of a gamble for the team.

The designers even considered working in bamboo fiber instead of clay, but decided that ceramics really elevated the collection. In the end, they were able to reach a level of quality they were satisfied with—one of the solutions included adding a small, uncolored "leg" to some of the cups, to increase their distance from the base of the oven—and debuted the line at Design Tokyo 2014. The Gathering tableware collection is currently available for wholesale purchase through Saniyo, and is beginning to open up to smaller orders and retailers. More of the Chiu brothers' work can be found on their website here.