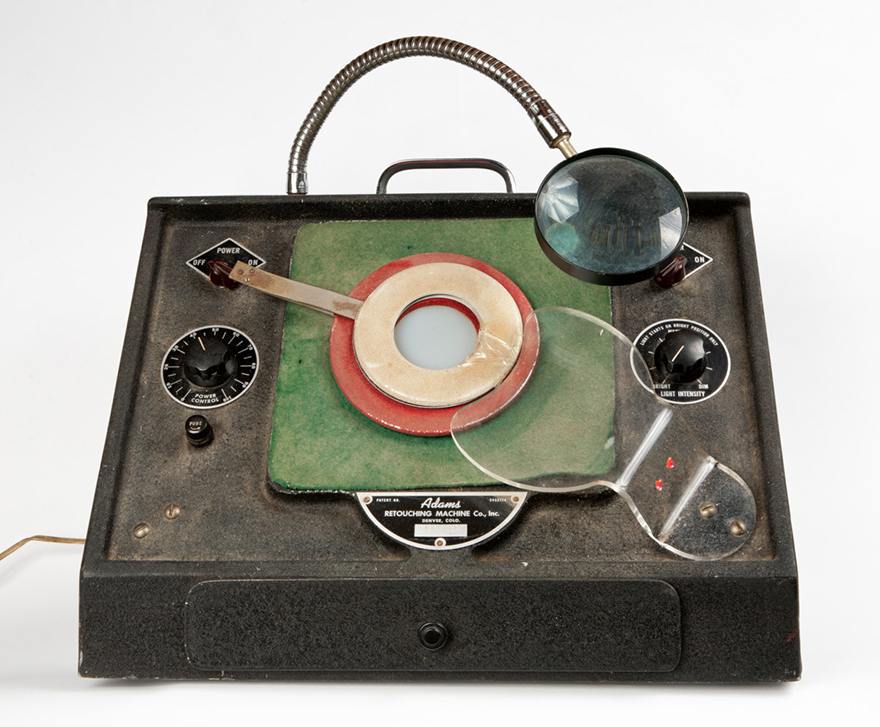 A good old-school photographer, one raised on film, will always try to get the shot right "in-camera." In contrast, young bucks raised on digital are more willing to rattle off an imperfect burst, pick the most passable shot and then spend hours retouching the errors on a computer.

The reason for the disparity is no secret: Film is absurdly difficult to re-touch by hand. One manual film retouching option was to use an airbrush, with its attendant compressor and requisite masking. Another method, which perhaps required even greater manual dexterity, was to go over the negatives with a retouching pencil or a dye brush. And according to U.S. Patent #2,422,174, retouching via pencil "is done by highly skilled operators who work over the blemish spots [by making] a plurality of microscopic, overlapping check marks or loops which must be so small and so uniform that they will not become apparent on an enlarged print from the negative."

To make this task easier, an inventor named Harry LeRoy Adams filed the above patent in 1946 for his Photographic Retouching Device.

The principal object of this invention is to provide a means for automatically forming these small, microscopic check marks so that retouching will require less skill and less time. [It] will produce retouching marks much more uniformly than can possibly be produced by hand....

While it still required a human operator with a steady hand to hold a pencil or brush down and apply pressure, the device's function was pretty clever. The operator placed a negative—we're talking 4x5, 5x7 or 8x10, not that newfangled 35mm stuff—onto the bed of the machine, between the two donut-shaped "ring plates" you see in the photo. Whichever part of the negative was within the circle was illuminated from below by the device's built-in illumination, which could be cranked up or down. The negative could be scrutinized using the magnifying glass. 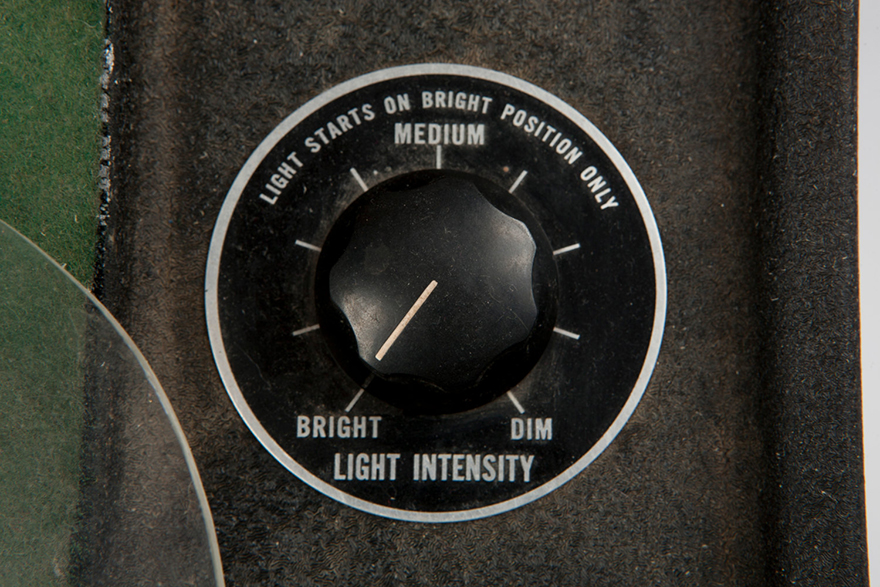 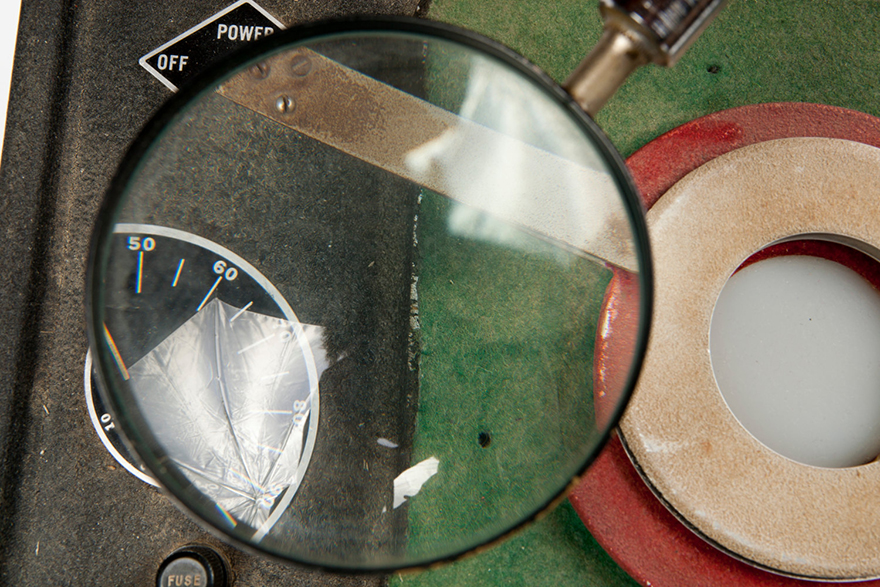 Once a trouble spot was located, the operator then applied a pencil to the area and turned the machine's vibrating function on, tuning the intensity of vibration via another dial.

The device went into production, and was apparently successful; according to PetaPixel, "the Adams machine was used extensively by retouchers" following its launch in the '40s. (And interestingly enough, the Colorado-based Adams Retouching Machine Co. is still listed in this business directory, though Yelpers report that it's closed.) 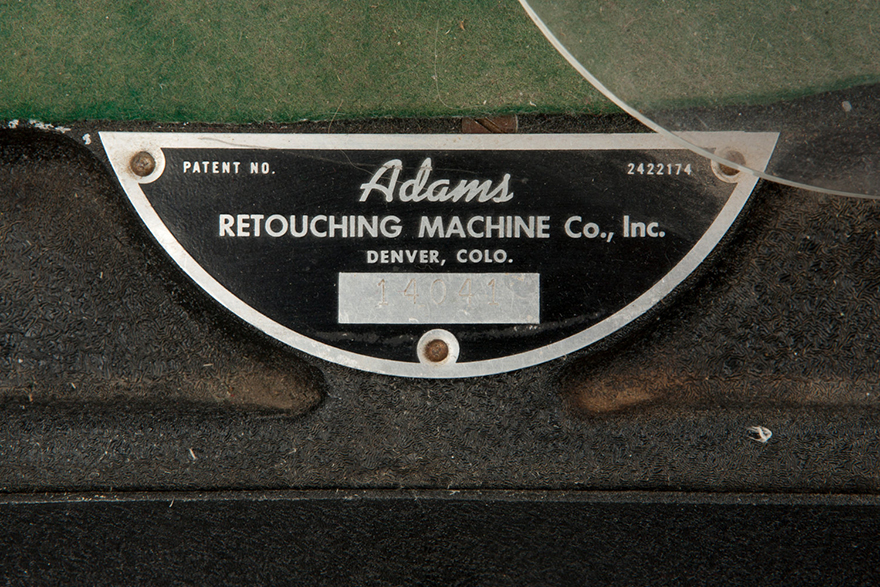 The photographs here are from an Adams machine that was sold on Etsy by John Sargent Barnard, a vintage camera shop owner. The machines were apparently well-built; Barnard told The Daily Mail that while going over the machine after first acquiring it, he found that "The wiring was all really well done and fired up right away;" and a gent on this forum post from 2005 reported that "I bought a vintage Adams Retouching Machine for next to nothing some time ago. It works fine and is built like a tank. " 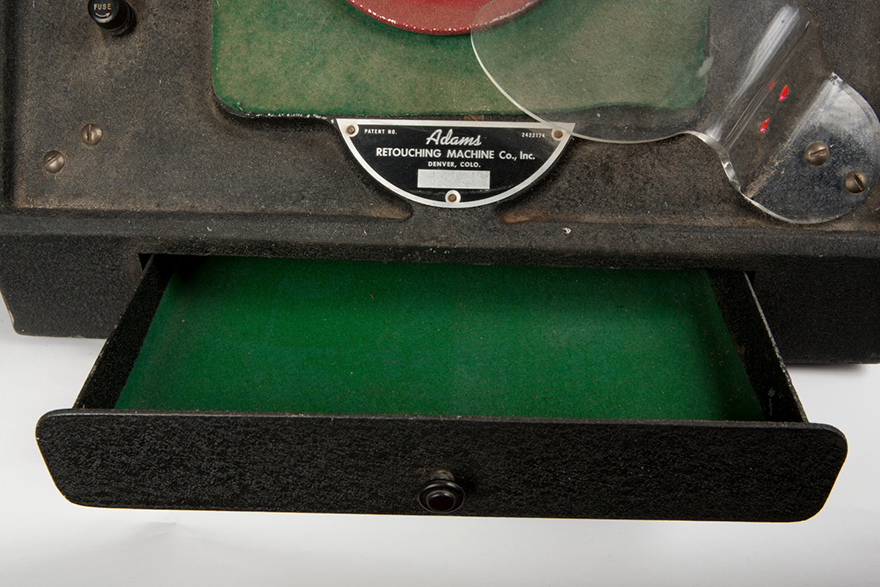