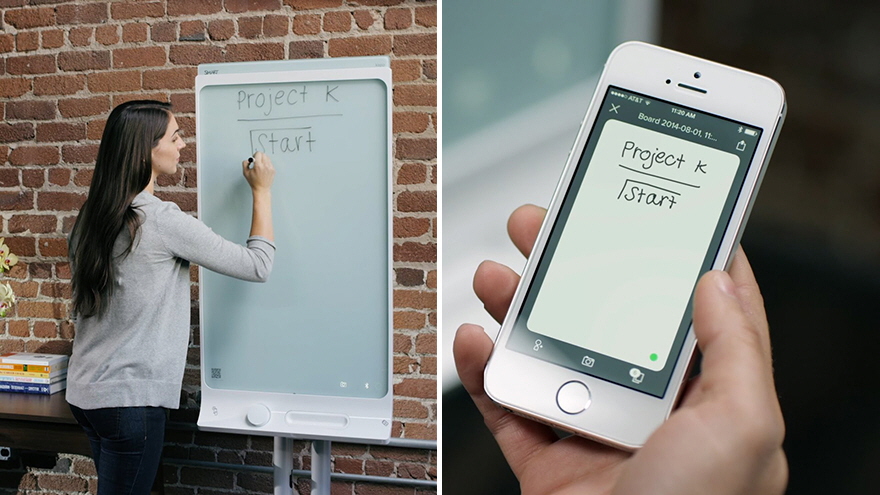 On the one ha nd, taking notes during a meeting or lecture is crucial for later reference. On the other hand, the act of writing distracts us from listening and interacting. Thus the folks over at a company called SMART Technologies created the SMART Kapp, a dry-erase board that transmits whatever's written on it to nearby smartphones:

The $899 glass-screened device, which is only sold online, promises plug-and-play ease of use right out of the box; users download an app to their phone or tablet, turn the SMART Kapp on and it's good to go.

As useful as the SMART Kapp is for business or educational settings, I also think it'd be really cool for an art event. It would be neat to see an artist work up a one-off piece in real time that could be "captured," for a fee, on nearby patrons' phones.