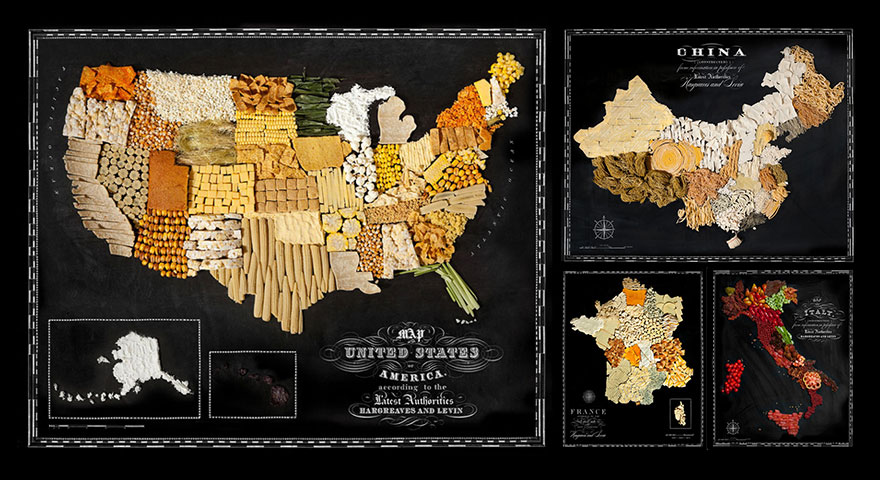 2014 began with a bang for all things food and drink as London based food (mad)scientists Bompas and Parr saw in the New Year with Charlie and the Chocolate factory-esque edible fireworks raining down on thousands of revelers in central London. Since then we've seen a vast array of awesome new tools and gadgets and any number of culinary curiosities at the intersection between food and object culture.

As ever, 2014 has been quite the education in global cuisine and food culture. In Milan back in April, we were treated to a remarkable 12 Course Tasting Menu of Polish Design alongside accompanying new furniture and objects on display. When the Core77 Design Awards rolled by again in August we fell in love with Hargreaves and Levin's 'Food Maps' (above), explorations of national and continental food identities with things-organized-neatly visualisations of local staples (hello, United States of Corn). Hell, we even learned how to read a cheese wheel.

It never ceases to amaze us how every year we see a new onslaught of inventions and innovation in kitchenware—have we not run out of juice yet? Alas, some of the new releases this year sill managed to deliver that oh so bitter-sweet I-should've-thought-of-that sensation, with this year's most infuriatingly simple innovations including the brilliant 'Butter Up' butter knife redesign (above left) and ingenious Food Huggers (above bottom right) solving the age old problem (or perhaps, very contemporary symptom of increasing single living?) of keeping half a avocado/tomato/onion fresh. Cooking pans were given a long overdue dose of rocket scientist attention, the outcome being the new thermodynamic Flare Pans (above top right) designed to save up to 40% of energy with increased distribution—and hey, they looked pretty cool too. Whilst the market was rewarding such clever little innovations, our very own Core77 Design Awards Food Category showered praise on designers tackling food challenges of the future such as how to scan your food for radiation safety (a brave attempt to save local food production in Fukoshima) and how to breed insects at home in a future where protein supply may be scarce.

An Eye on Industry

Whilst new kitchen gadgets are always fun, there's rarely a year goes by when we're not reporting even a little on food production on a grander scale. Favorites from this year's scouring of the 'How it's Made' archives include a whole host of cakes being mass manufactured and the various machine tools for churning out all sorts of pasta shapes. Appreciate the achievements of mass manufacturing engineering we might, we're also seeing the fruitfulness of such endeavours, of course, being called increasingly into question. One of this year's most memorable examples of such sentiment has to be Lawrie Brown's 'Colored Food' photo series (above right) with colourful latex paint applied to foods of mass production, making us sit a little less comfortably at our dinner tables. 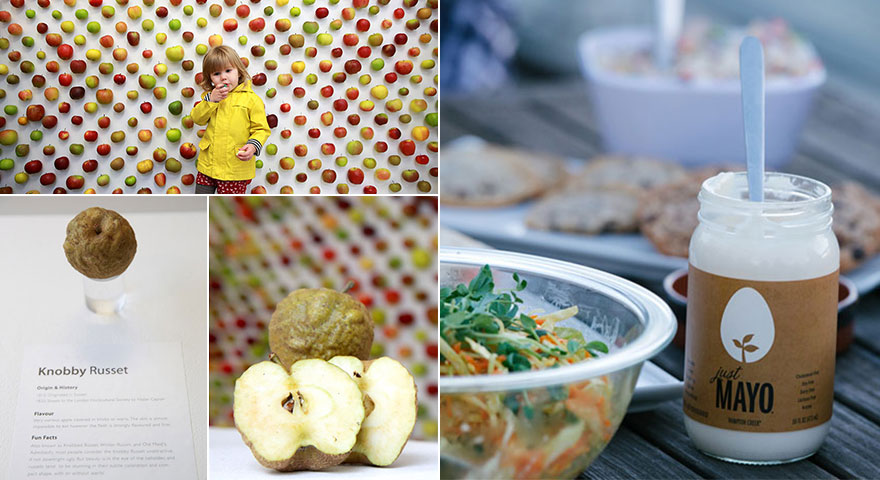 With increases in consumer scrutiny and skepticism of Food Inc this decade, we're seeing signs of the food movement still going strong with shifts to the slow, local and sustainable. We've watched with interest as new breeds of entrepreneurs try to take on the corporations, West Coast manufacturers of Just Mayo, for example, hitting on some success before finding themselves at the wrong end of a Unilever lawsuit (which is turning out to be a bit of a PR disaster for the latter). In news from the UK that raised a smile, the 1000-year-old Borough market in London has been celebrating their anniversary with the installation of the Real Apple Store, celebrating the many varieties of the nation's native fruit with a wink to the tech giant. Just in case Big Food business does drive us off a cliff to the destitution of a modern day Dust Bowl, we're planning our escape on another favorite from this year, spending our days harvesting lettuce on a humble Jellyfish Barge. 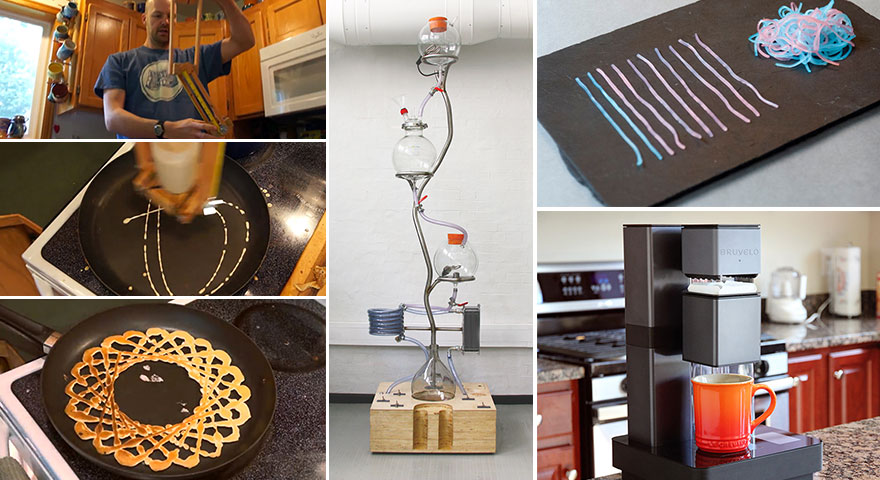 An offshoot of the Food Movement in recent years has dovetailed with the trends towards local production and hardware revivals (driven often by Kickstarter campaigns). This year, we've seen a wide range of smart devices bringing custom, small batch food and drink craft to the home such as the Bruvelo smart coffee machine (above bottom right) and the Beer Tree brewing station (above center). On the low tech end we were blown away by creative dad Nathan Shields' wonderfully insane Pancake Pendulum and "Spirocake" (above left). We were also much amused by the equally scientific approach to visualizing big data sets with haute cuisine (above top right).

Whilst the fashion world has been getting much of the attention for its merging with the tech industry, fast food corporations have of course been after their slice of the future pie. Early on in the year, touchscreen table tops reared their ugly head again with Pizza Hut flouting a new interactive concept for designing your own pizza and other unnecessary applications of technology in the dining experience. Only recently, the R&D dept at the Hut have been at it again releasing an even insaner tablet based concept that claims to be able to read your mind and deepest (pan) desires through your eye balls. Mock we might, but we also discovered this year that tablet ordering system uptake in restaurants is on the up—with big chains looking increasingly likely to invest, especially with discoveries that we may actually be tempted to buy more from a tablet than a human waiter/ress. Oh, and how could we forget those (god awful) computer accessories from KFC Japan.