Shredder Design, for Function and Fashion

Professional organizers will tell you that any papers with confidential information should either be shredded or taken to a shredding service (or perhaps composted). Shredders come in varying capacities; I'm going to focus on those intended for personal or small office/home office use.

The Bridge paper shredder, designed by One Tenth for Idea International, runs on four AA batteries. With its slanted sides, it's intended to fit on both round and square wastebaskets with a diameter of 21-25 cm. However, this is a strip-cut shredder—better than nothing, but nowhere near as good (for security purposes) as a cross-cut shredder. It's a fairly light-duty shredder, handling four papers at a time, which must be folded to fit into the slot. Also, unlike heavier-duty shredders, it can't handle staples or paper clips. 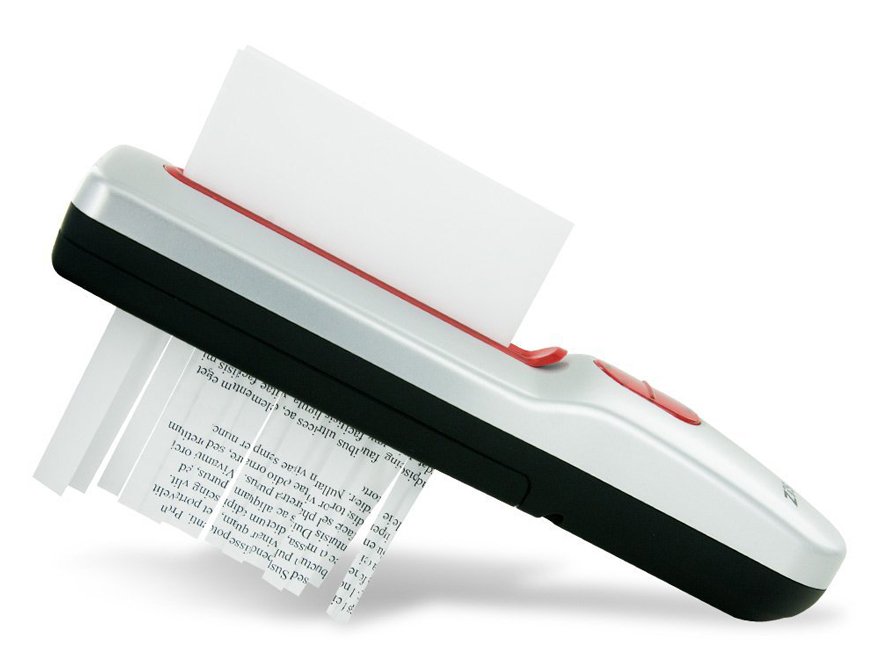 The Ziszor portable handheld paper shredder is another strip-cut shredder running on four AA batteries. It only weighs one pound. This would work for users who want a shredder they can just throw in a drawer or carry with them—and who don't feel they need the extra security of a cross-cut shredder. 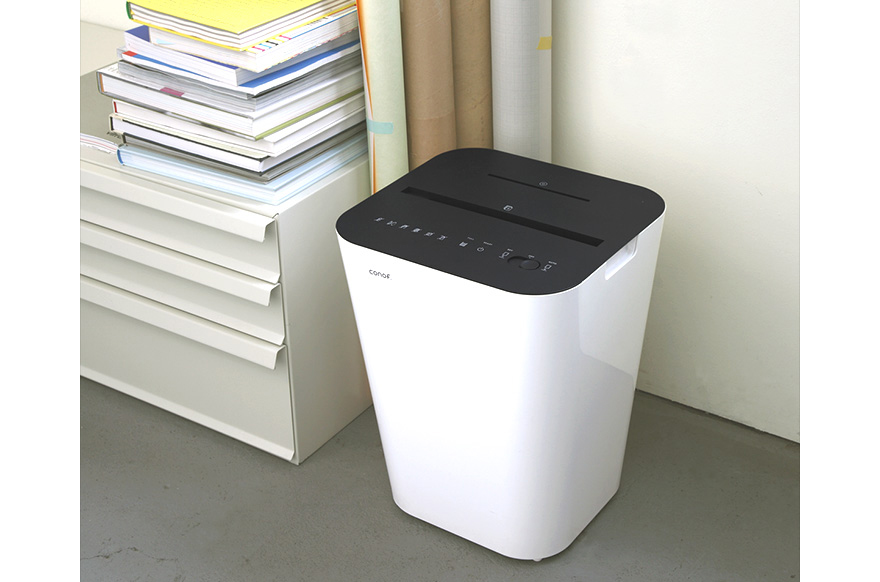 Some designers have tried to make heavier duty shredders that aren't ugly. The conof. shredder handles eight sheets of paper at a time and cuts them into confetti-sized bits. Using a separate slot, it can also cut CDs and DVDs into four pieces. Shredders are often quite loud, but this one is said to be surprisingly quiet. 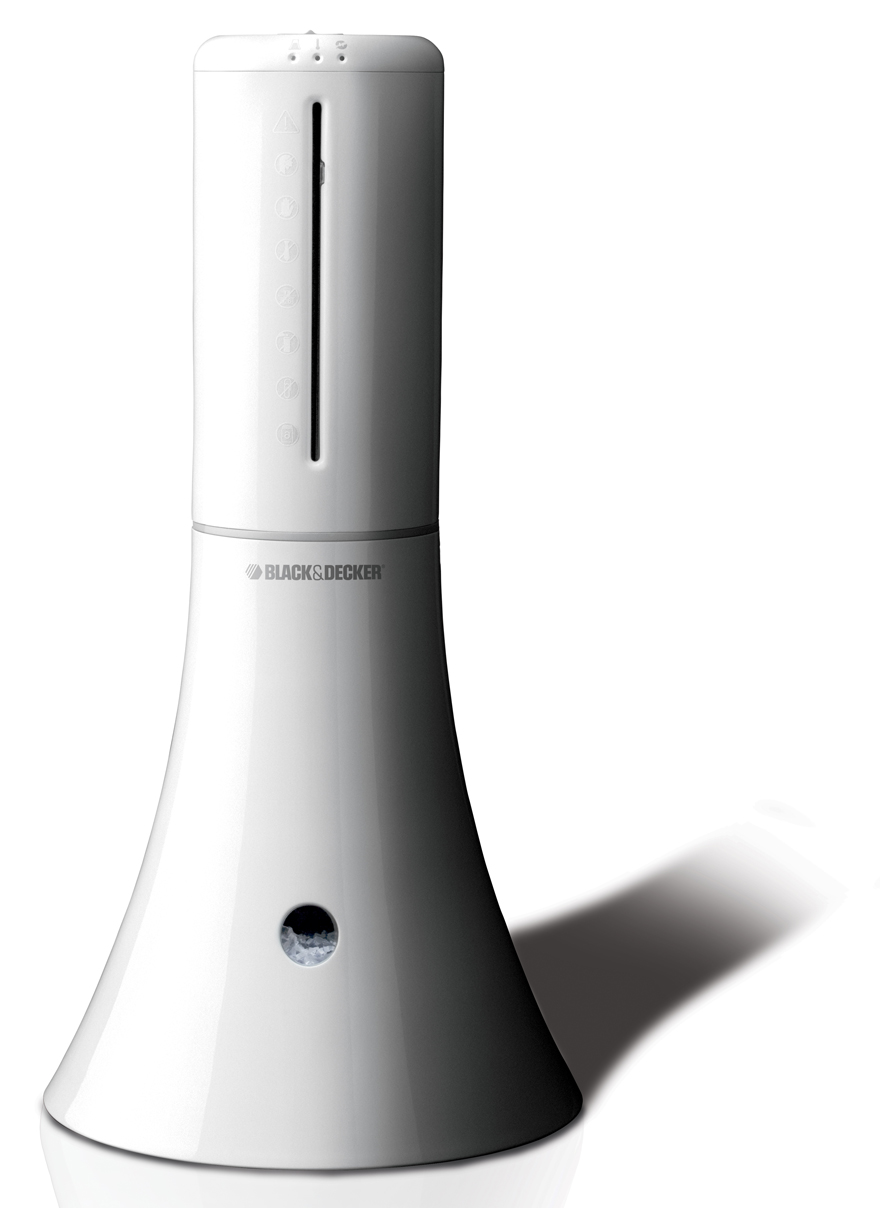 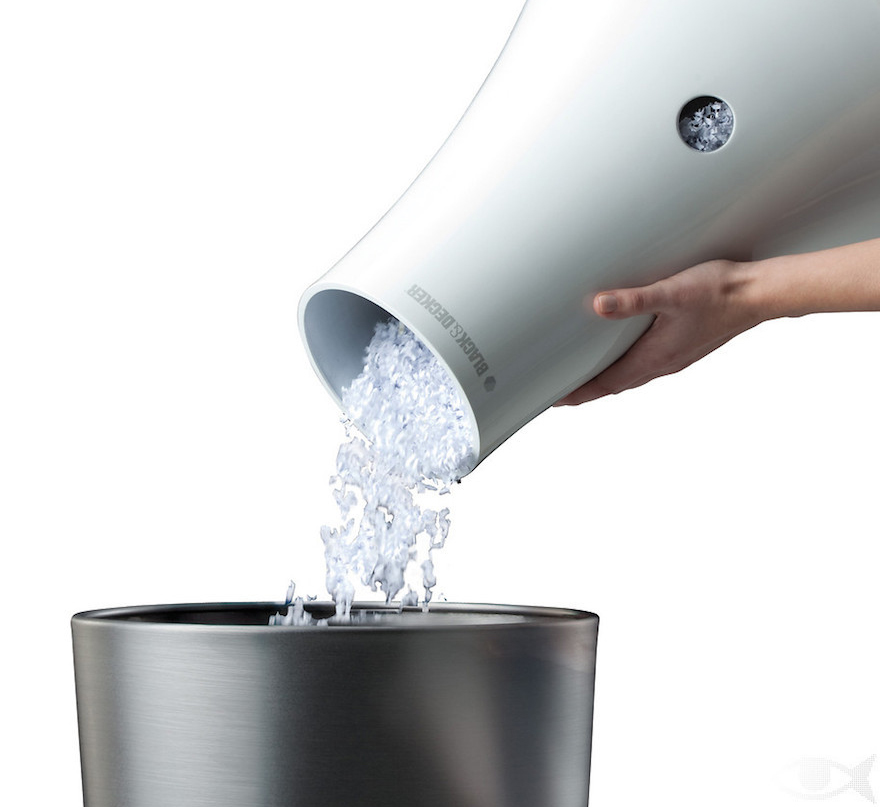 There's so much to like about the Black & Decker iShred from TEAMS Design, including the cool shape and the ease of emptying the container because of that shape. This cross-cut shredder handles both staples and credit cards, and it's on the quieter side, as shredders go. However, some users complained about it jamming, even though it supposedly has jam-free technology. As someone who's spent hours unjamming a shredder before finally buying a better one, I can testify that a shredder that jams will always be annoying, no matter how lovely it is. 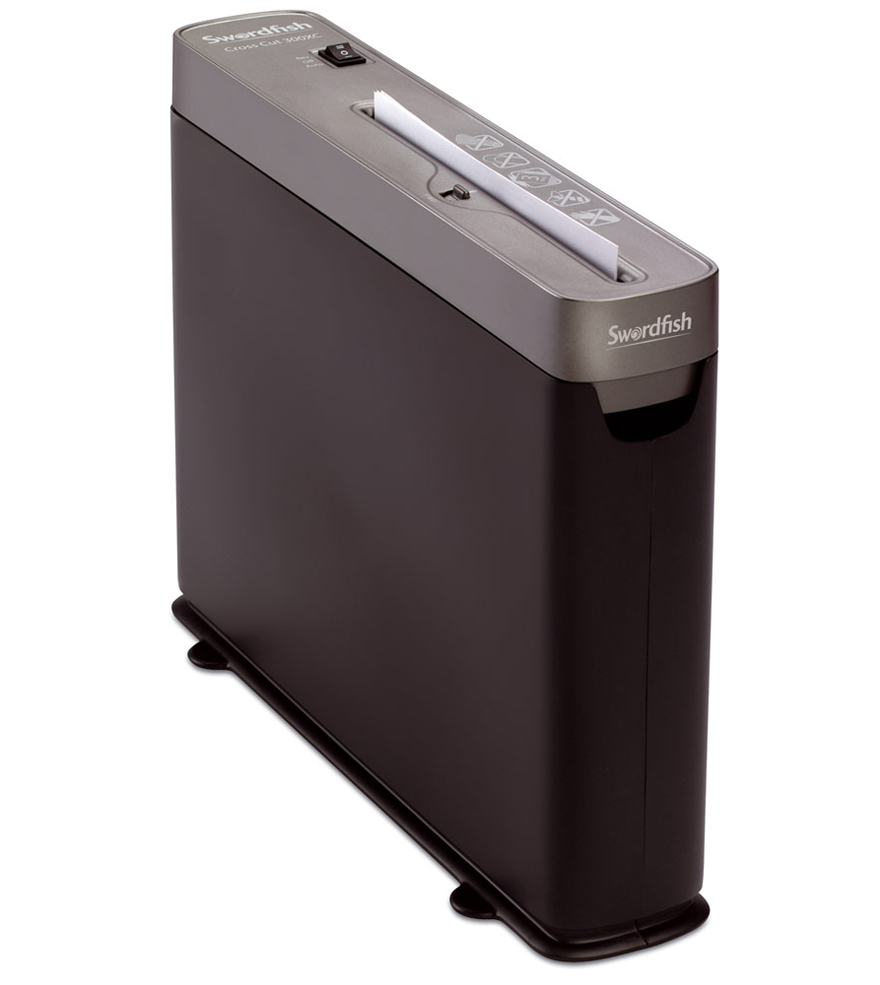 The Swordfish 300SC shredder is a nice space-saving design, but it's another strip-cut shredder. And again, some users complained about jamming problems. 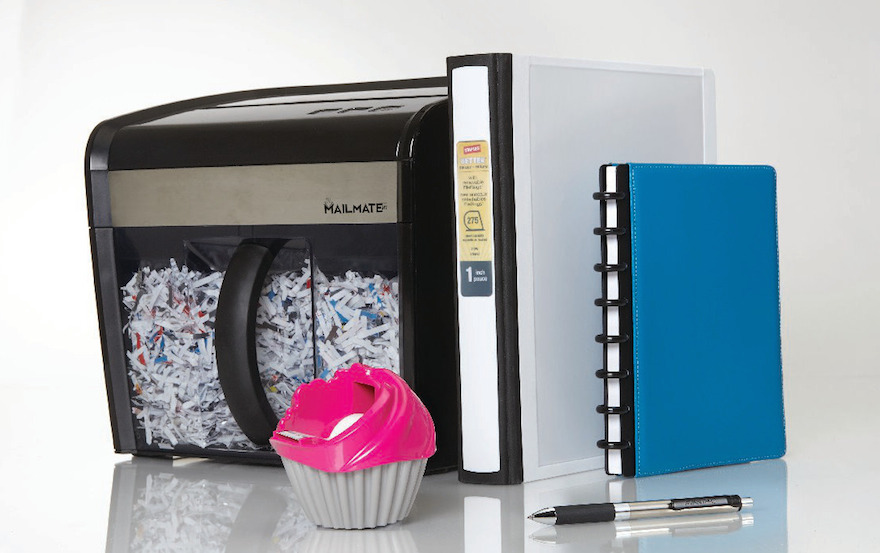 Desktop shredders can work well for users who don't need the power or capacity of a larger shredder. The Staples MailMate M7 crosscut shredder handles staples, credit cards and CDs/DVDs. Most users give it high marks for being easy to use. 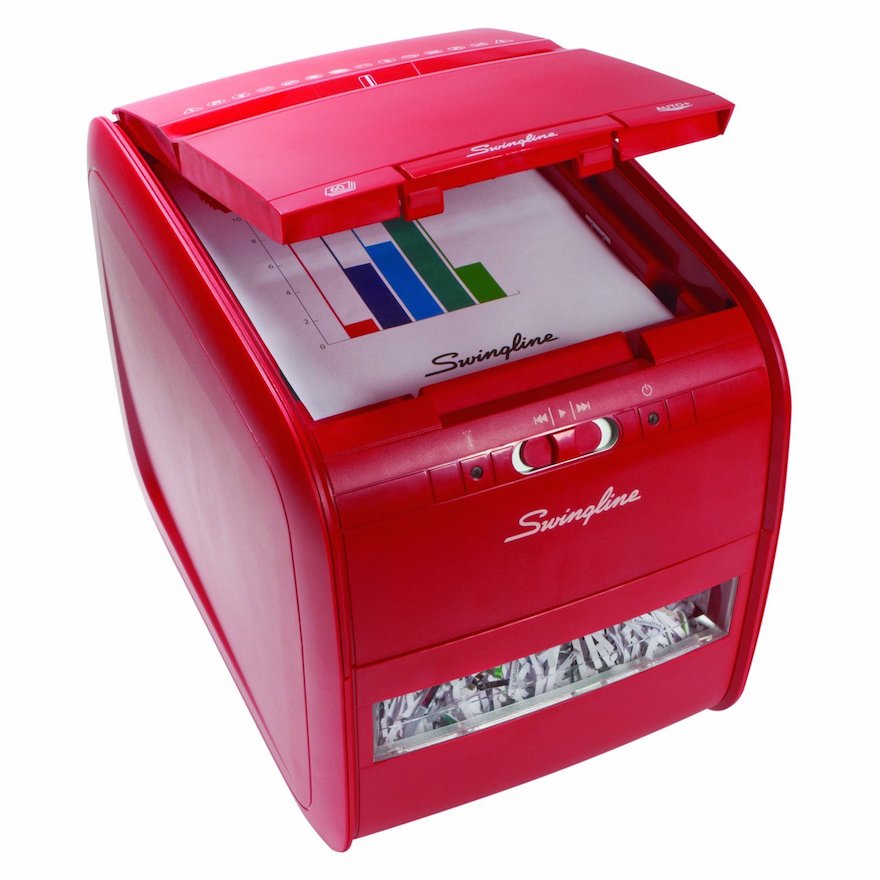 The Swingline Stack-and-Shred paper shredders work just as you'd expect, given the name. The user stacks the paper in the shredder, rather than manually feeding paper through a slot. The one drawback this shredder has compared to others is that it can't shred CDs and DVDs; however, it does handle credit cards, paper clips and staples. 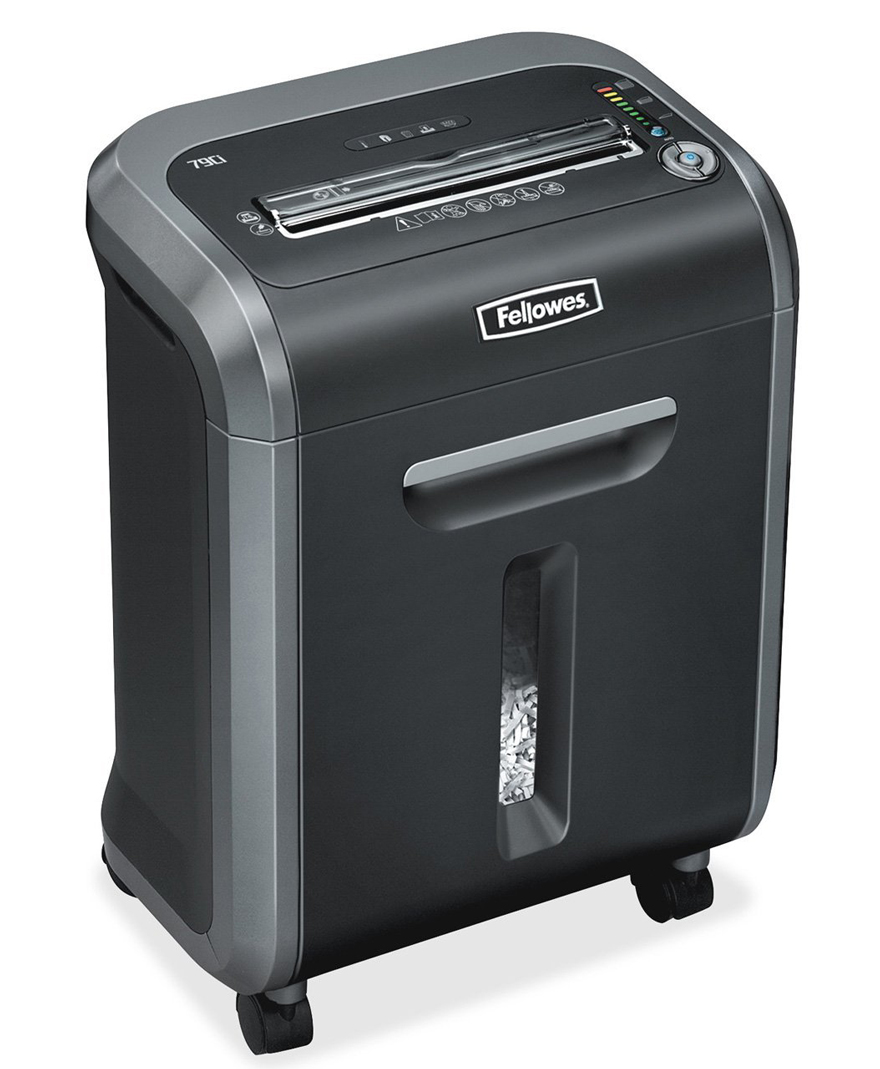 For users who need a high-performance shredder and don't mind having it be bulky, heavy and less-than-lovely, I can personally vouch for the Fellowes Powershred 79ci. It really is as jam-proof as claimed, and it's quiet for shredder. The SafeSense technology stops the shredder when a hand (or a pet's tail) touch the opening, so it's good for users concerned about using a shredder in a household with small children or pets. It has casters to wheel it around—at 29.5 pounds, it's no fun to pick up when rolling isn't an option. But the size and weight go along with the high capacity and the other features; as always, there are trade-offs. 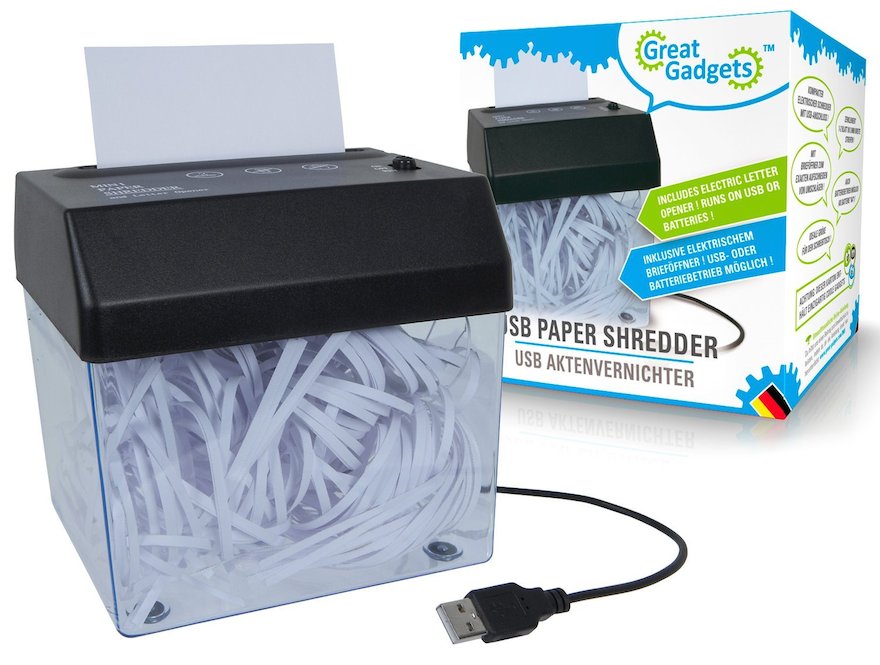 On the opposite end of the spectrum, there's the USB cross-cut shredder from GreatGadgets, which can also be powered by four AA batteries. Surprisingly, the company says it's not suited for small thermal paper slips such as sales receipts. It's a low-capacity shredder with limited functionality, but it could work for an user with minimal shredding needs, who wants something very small for the desktop. 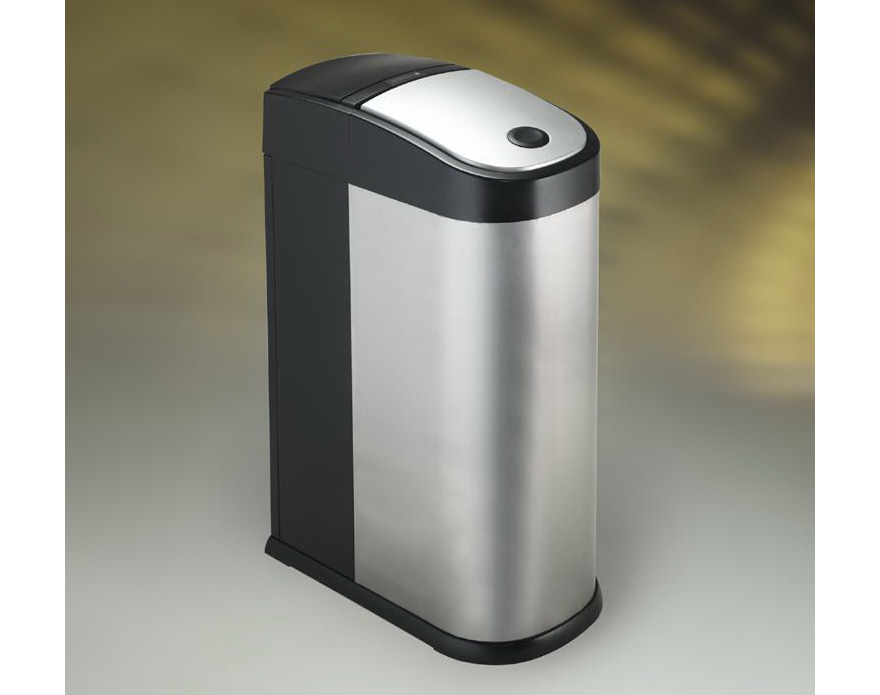 The Royal KS7 trash can and paper shredder sounds like a good combination product, at first. But users don't usually combine going through papers with tossing out garbage—although the trash can portion could be used for papers to be recycled (or trashed, if the user doesn't recycle.) Unfortunately, the execution of the design seems to be faulty. One user notes numerous problems, including this one: "The shredder portion is really, REALLY loud so I don't want to use it at night or in the early morning because I'm afraid to wake my neighbors." Sometimes when you combine two products, neither is as good as it would be individually.

Shredder Design, for Function and Fashion