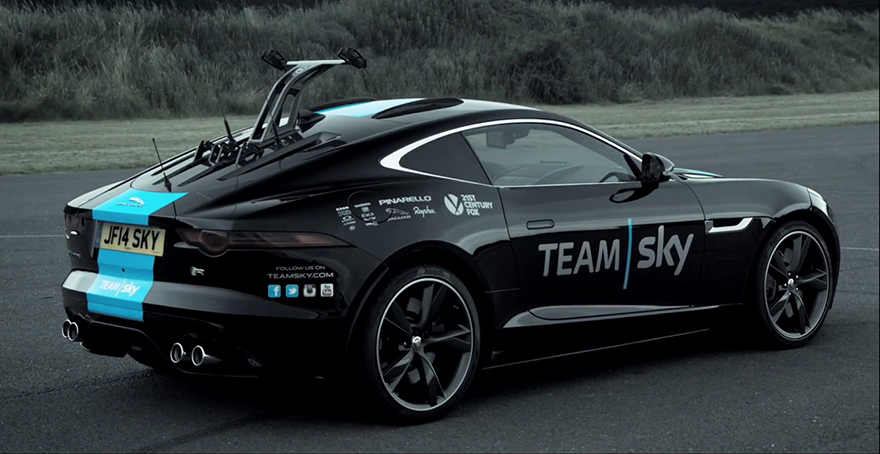 Christmas doesn't come in July, and Sir Dave Brailsford is the Principal of Team Sky, a British cycle-based venture that does their racing on two wheels. So why was Jaguar handing him a set of new car keys earlier this year?

Well, it wasn't any old Jag. Since 2010 Jaguar has been sponsoring Team Sky with support vehicles, and for the time-trial stages of 2014's Tour de France, they'd cooked up a bike-hauling F-Type R. In addition to being loaded up with extra on-board batteries to power the communications gear inside... 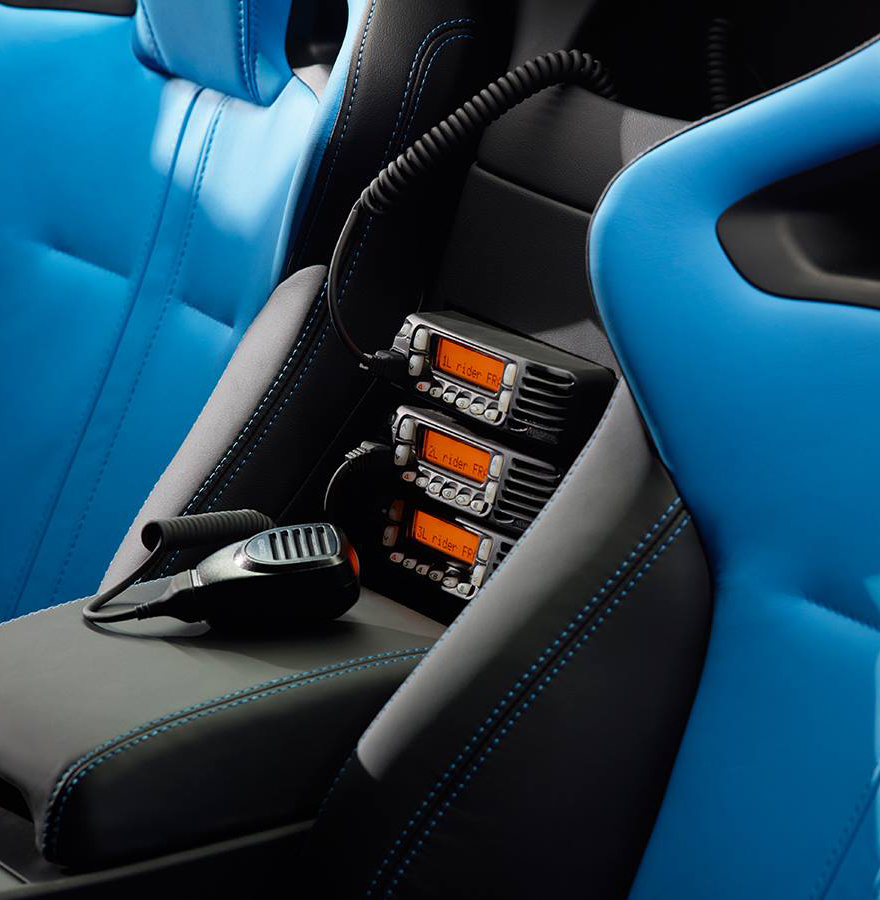 ...this nifty rack up top, and a specially-designed insert that replaces the car's rear window, enables it to haul a couple of bikes and spare tires. 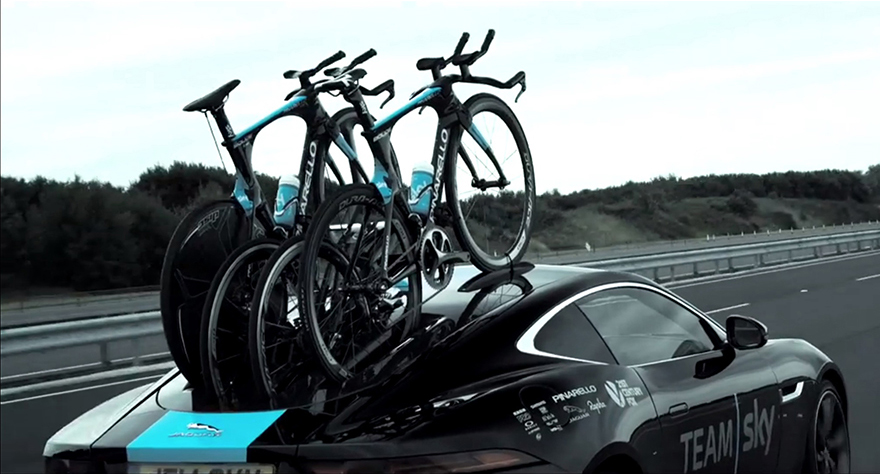 Here's a video of the team putting it together: