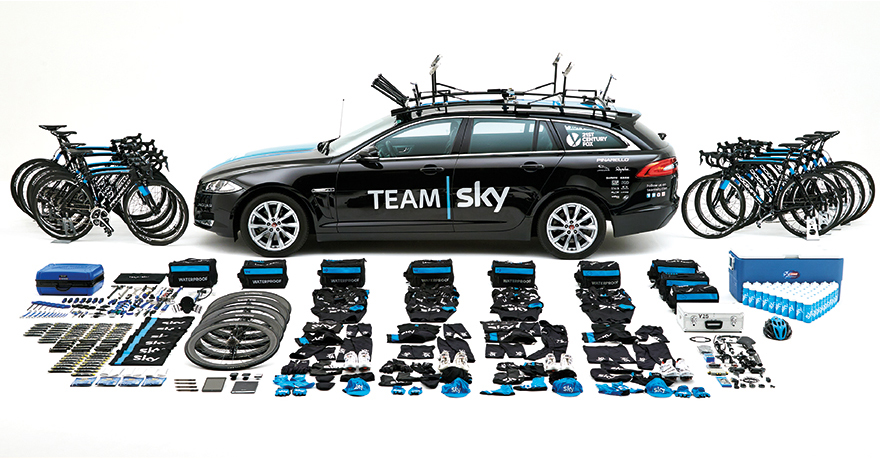 That snazzy F-Type isn't the only bicycle racing support car that Jaguar provides for Britain's Team Sky, and you've probably noted that it only carries two bikes and two spares. For the heavy lifting they've got a pimped-out station wagon (as we Americans call it; to the Brits, a "shooting brake") in their XF Sportbrake, which can carry tons of gear and up to nine bikes. 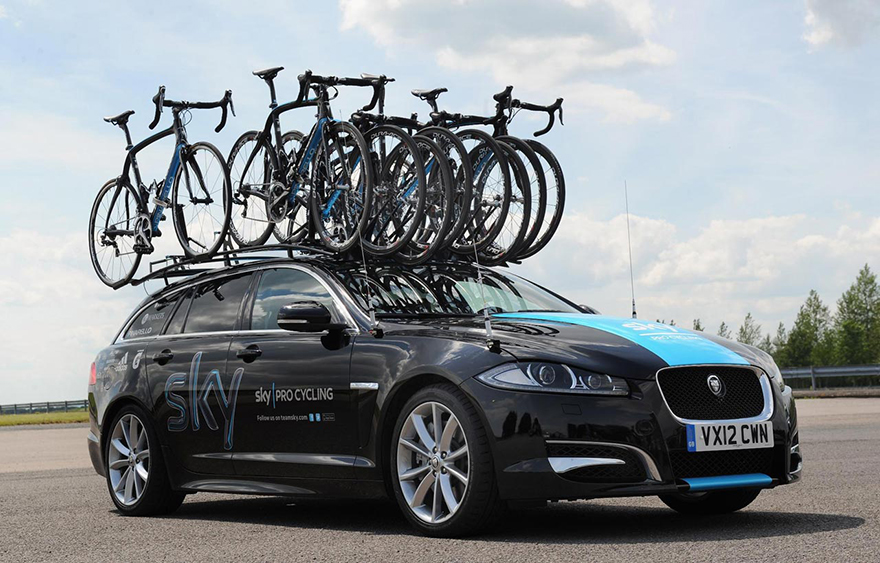 While it's loaded up with the same communications gear as the F-Type, the XF has additional duties in serving as a "mobile race HQ for the team, a food and drinks station, wardrobe, rolling hospital and mechanic's workshop," according to Bike World News.

Here's a time lapse of crew members loading the XF up to hit the road:

Hit the jump to see the breakdown of all of the stuff they manage to fit inside.