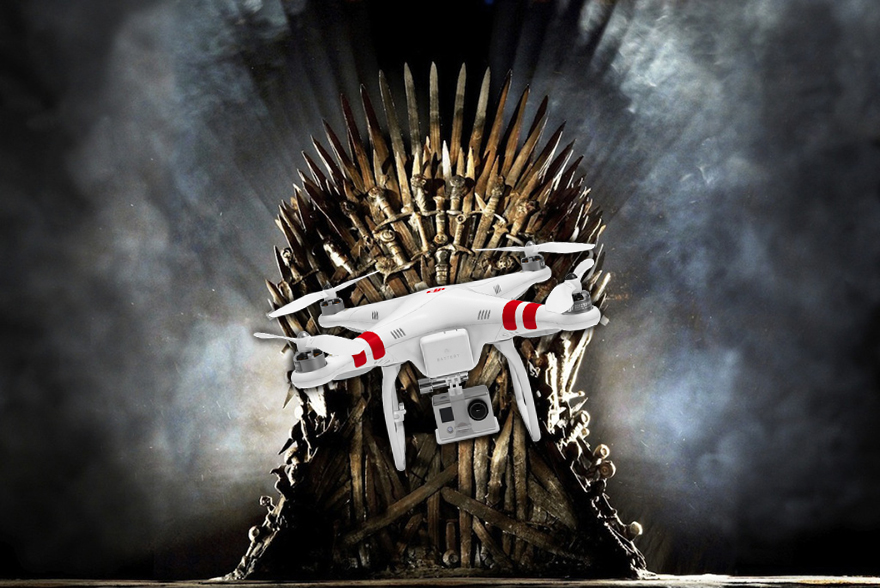 Ten years ago, "drones" referred to Dilbert-like office workers, not quadrotors. But as they explode in popularity—or just explode, when in the gunsights of Johnny Dronehunter (see below—there's been no shortage of drone-based news stories for 2014. For photography, weather control, domestic illumination, marketing, terrorizing, and even picking fruit, is there anything our flying friends can't do? Let's see what the year brought us: 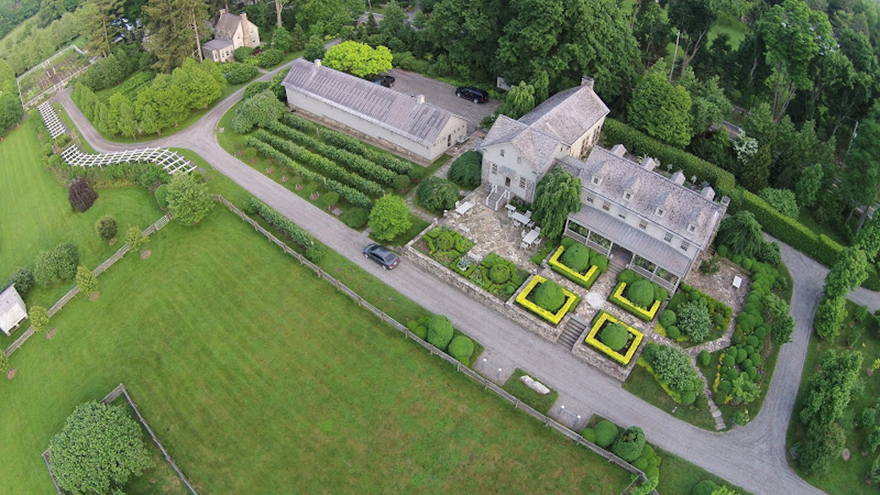 Drones gained an unlikely champion this year: None other than homemaking maven Martha Stewart, who delighted in revealing drone shots of her expansive property. If this sounds trite, realize it ain't: If anyone has the pull to make acceptance of drones mainstream, it's Martha. If Oprah gets one too, forget about it, drones will be everywhere. 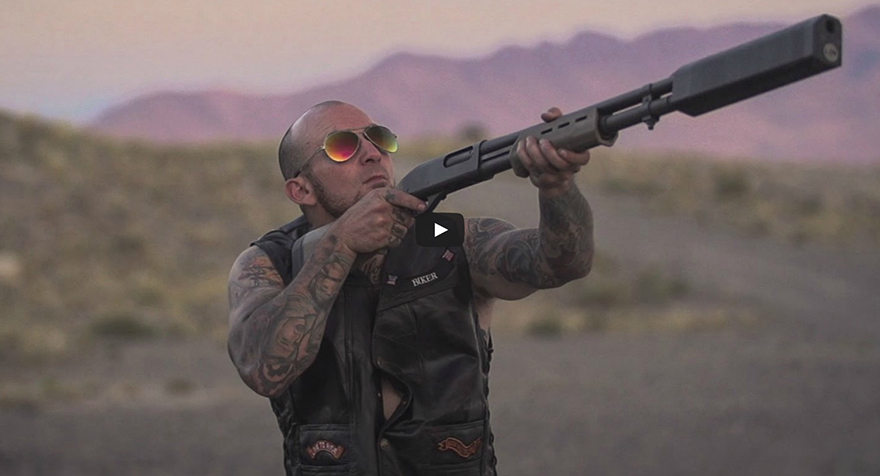 Stewart's fandom aside, drones still have their detractors. And by "detractors" we mean "People who will shoot them out of the sky with a big-ass silencer-equipped shotgun." Utah-based SilencerCo, inventors of ""the first and only commercially-viable shotgun suppressor on earth" introduced the public to the company's superhero, Johnny Dronehunter. 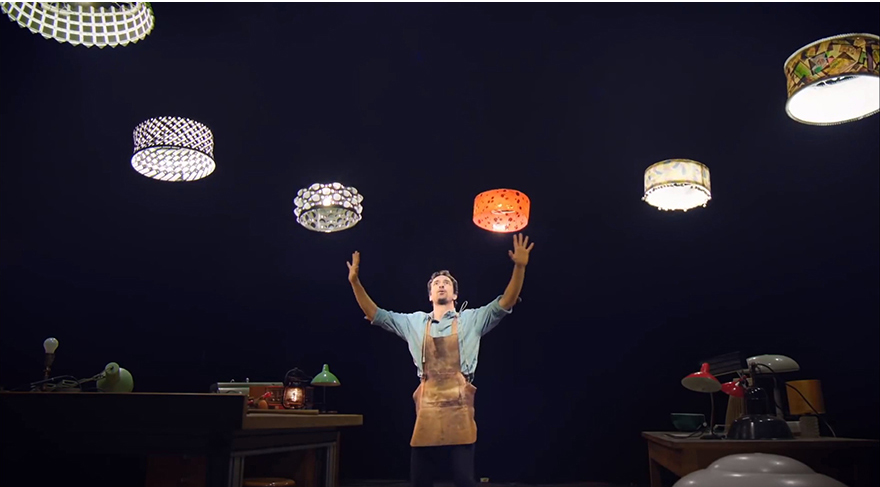 On a more gentle note, a collaboration between Cirque du Soleil, the Swiss Federal Institute of Technology Zurich and drone developer Verity Studios yielded these awesome floating drone lamps. While this was done more as an art piece than anything else, if the technology eventually becomes practical, we think there could be a revolution in lighting design.Aquatic Drones

MIT's Distributed Robotics Laboratory took drones underwater with their Autonomous Soft Robot Fish, "an independently operating fish that swims realistically and reacts with self-protective behaviors." Sure, the "independently operating" part means you can really consider this more of a robot than a drone, but when laser-firing sharks become a reality, you're not going to care whether someone's driving it with a joystick or not.

Flying Drones Based on Aquatic Creatures 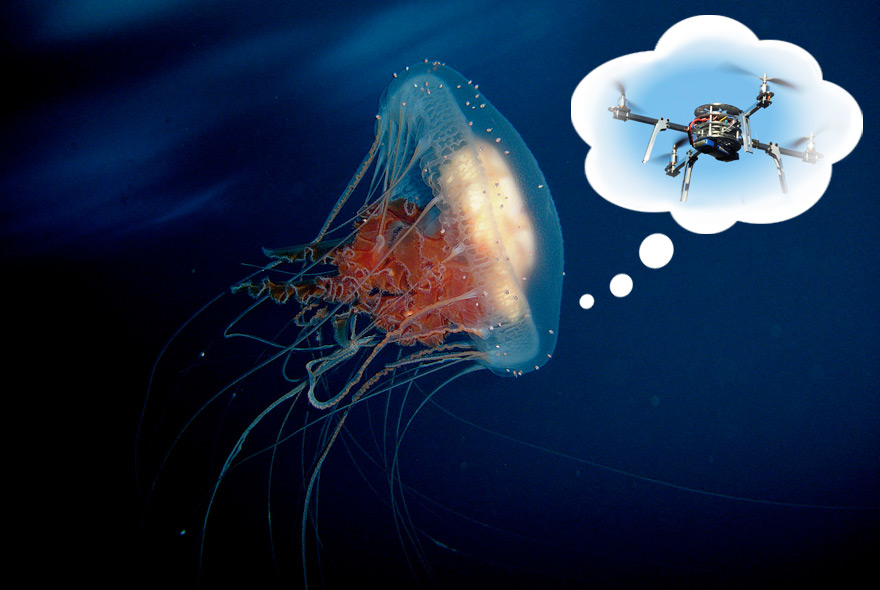 Also on the biomimetic front, and also looking to the ocean, researchers at NYU seeking an alternate means of flight-creating propulsion developed this drone prototype based on a jellyfish. The good news about this one is that in its current state, these still need to be tethered to a power source and are not strong enough to support lasers.

Of all the reasons to send drones up into the air, Nevada's Desert Research Institute has a novel one: To cause water to fall out of the sky. The DRI's Weather Modification Activities division announced they'll be using drones to seed clouds. The resultant rain, they hope, will alleviate future droughts. 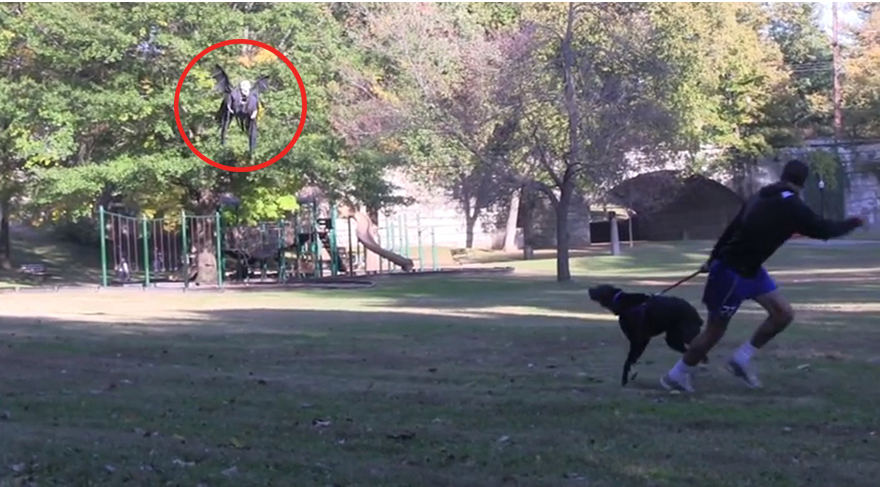 This year we also caught wind of comedian Tom Mabe scaring the living crap out of parkgoers by connecting a drone to a Grim Reaper costume. Johnny Dronehunter would not stand for this. 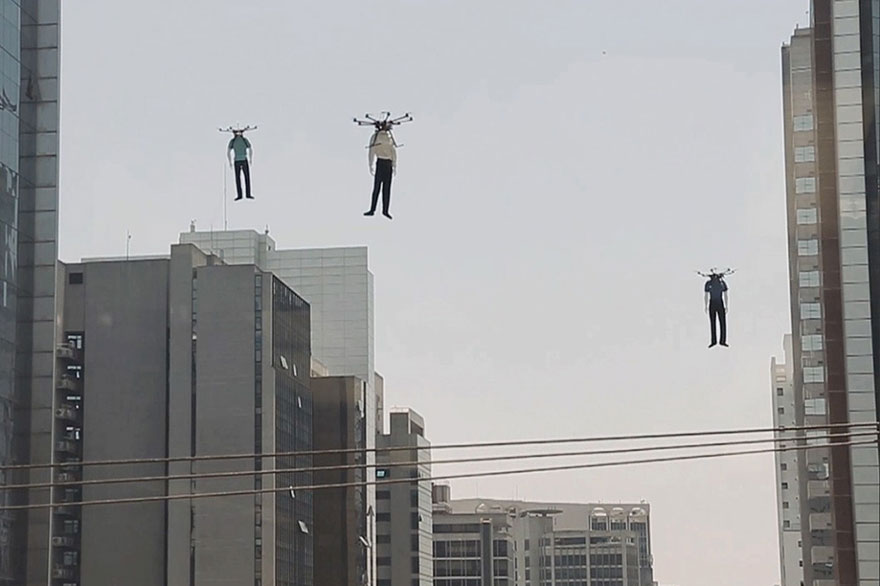 Creative Director Antonio Correa also connected humanoid (albeit headless) bodies to drones, in this case not to terrify, but to create that blend of advertisement and social commentary that is modern-day viral marketing. 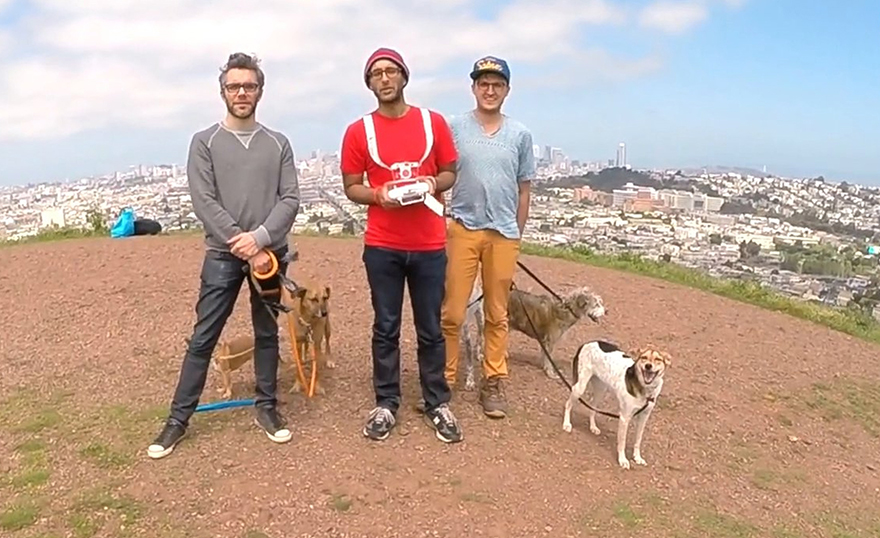 Combining narcissism and technology, this year saw the inevitable advent of the Drone Selfie. Photography accessory company Photojojo announced that they're "working on some stuff to make drone photography easier for anyone to get into," though they haven't yet specified what it will be.

Another manufacturer, GoPro, did announce what they'll be making: Their own drones. The designs have yet to be made public, but they'll reportedly have some type of multirotor helicopter on the market by 2015. 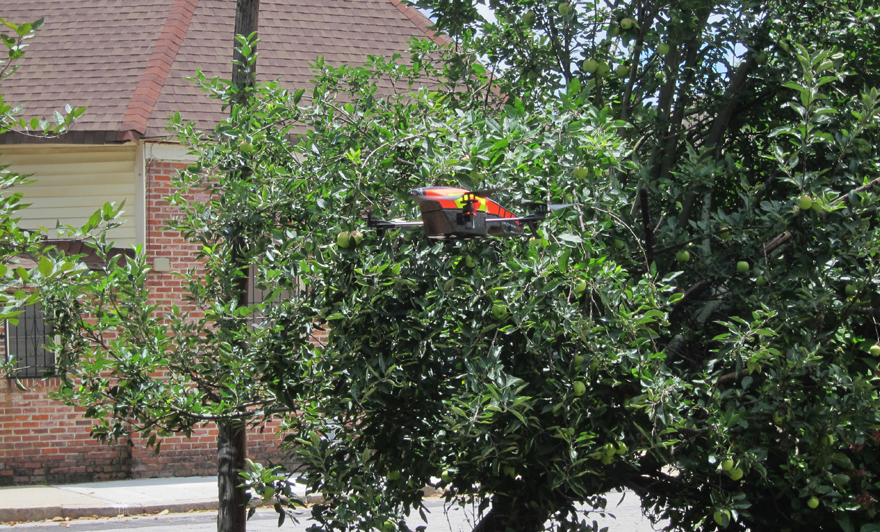 And finally Georgia Institute of Technology's Public Design Workshop and their "Drones for Foraging" concept scored a Student Notable mention in our 2014 Design Awards. By combining "image capture, navigation interfaces and analysis to assist foragers in gathering their goods," PDW hopes to "use design as a means of investigating future practices and to provide the basis for near-term open innovation with DIY and hobbyist drones." In reality an apple-picking quadrotor is probably a ways off, and I do wonder how will they get the rotor blades to avoid slicing up the trees. Or maybe we'll see sharp-bladed quadrotors used as hedgetrimmers in 2015?