Life in Perpetual Beta: Betabook is a Whiteboard for the Digital Age

As an avid documenter, collector and all around object enthusiast, my accumulation of 'stuff' from design school and beyond would rival designers much older than myself. In notebooks alone I have managed to fill many a bookshelf. Even a recent downsize upon relocating to Germany has done little to stymie the flow of sketchbooks, notepads, drawings etc.

Perhaps because of this, I immediately felt a kindred spirit in Jay Cousins, industrial designer and inventor of the 'Betabook' a current campaign on Kickstarter. Betabook was developed out of Cousins' experiments in living simply and with minimal objects—an interest he discussed as ranging from purging lesser-used objects to an anecdote about attempting to live in only 3 square meters of his Berlin apartment. 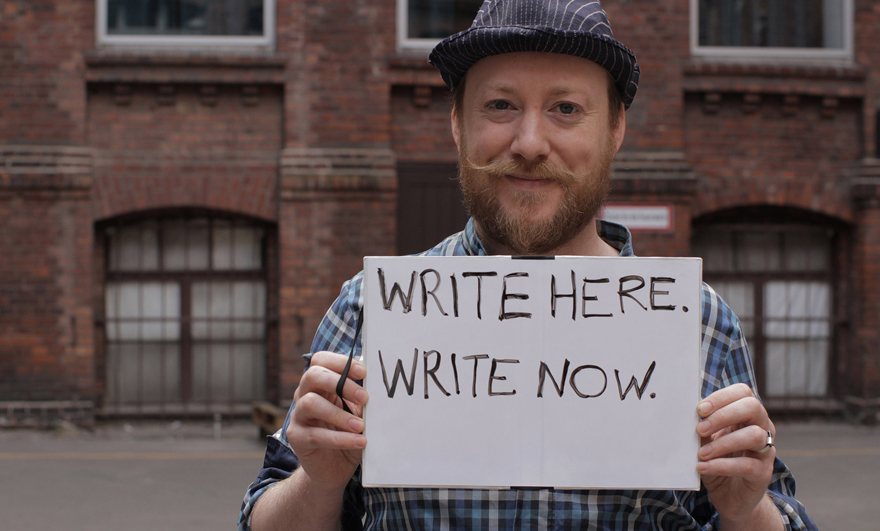 The Betabook is a direct result of Cousin's effort to take stock of his notebooks and sketchbooks nearly two years ago, only to find that the majority of their contents no longer retained enough value to warrant keeping. He began to experiment with alternatives, eventually removing the pages and recovering the bindings with a reusable whiteboard surface and documenting the important pages through digital photos. Cousins was later joined by co-founders of the creative studio KS12, Patrizia Kommerell and Gabriel Shalom to design and produce the final iteration of the Betabook as a consumer product.

Betabook uses a non-gloss whiteboard erasable plastic surface developed to ensure that anything you do decide to keep is easily photographed with your smartphone or camera. The rubber spring-back binding makes for a completely flat surface when fully opened, and maintains space to store your pens and dry erase cloth inside the book when closed for portability. Currently, the Betabook is only offered with a black or white cover in both the A4 and Betabook Pro A3 sizes. The basic Betabook or Betabook DIY kit will run you about $30 through the Kickstarter campaign with included shipping. 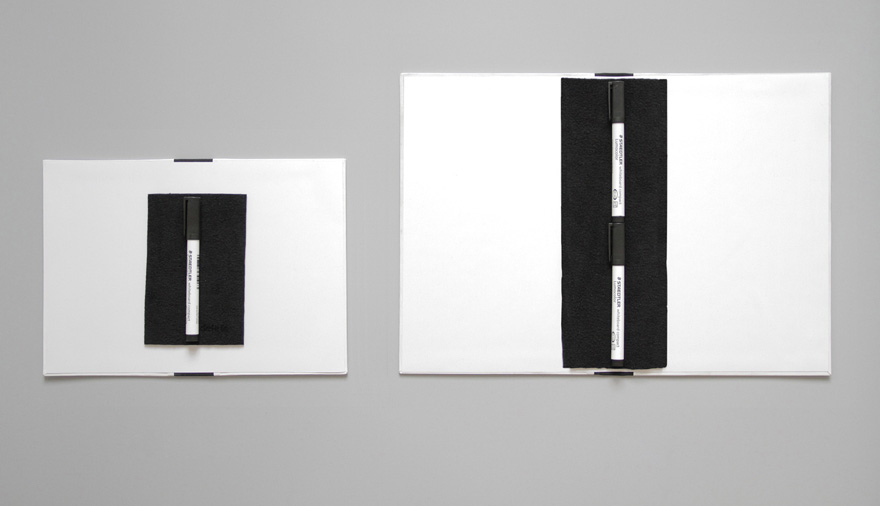 The Betabook, while laughably simple as an object, carries with it a sensitivity to the often overlooked implications of living in an increasingly digital world. On first glance, the portrayal of the book as a "the Whiteboard Tablet for the Digital Age" appears as either a confusion of hardware terminology or just technology satire, particularly when compared to other projects like the SMART Kapp. The humor however, is definitely not lost on the Betabook design team, their understanding of the often tenuous relationship between the internet of things—and all the other 'things'—is exactly the space in which they have chosen to place their product for good reason.

The Betabook essentially acts as both a stand-alone tool and accessory for your smartphone. Will the Betabook overtake your digital tablet? Definitely not—however its attention to detail allows it to play nice with all of your preexisting digital devices. Alpha testers for the book have already found a variety of uses, including the visual ideation to use in classrooms, business environments and even therapy sessions.

We look forward to how the team develops their product line and what unexpected use cases the first round of Kickstarter supporters uncover. See more from Betabook on their Kickstarter campaign.

Life in Perpetual Beta: Betabook is a Whiteboard for the Digital Age