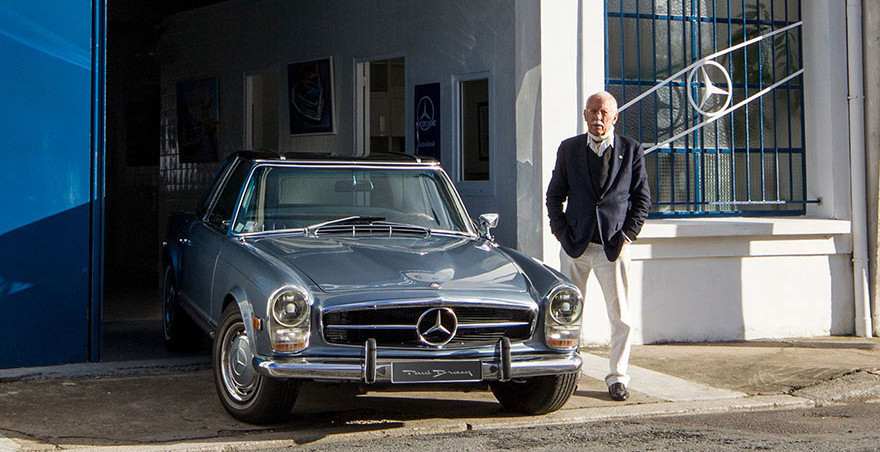 But for me Bracq's socks-knocker was the E25 Turbo concept car he designed for BMW.

As it's the latter brand that commissioned the video below, you won't hear a peep about those SL's, but you will get to hear Bracq discuss the E25, the 5-Series and others. It's also awesome to see he's still sketching into his 80s, and I like a designer who proudly states that he spent more time in the shop than the studio.

Join the conversation about Bracq and vintage cars in the Core77 discussion forums. H/T mo-i