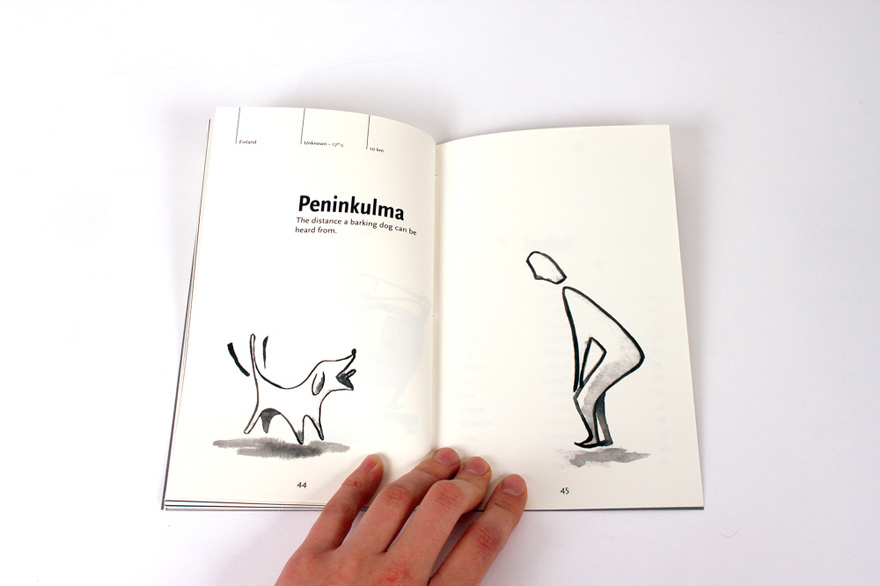 How do we fathom fathoms? Often by referring back to our own bodies. It's startling to realize that the much beloved metric system and the idiosyncratic imperial only became widely adopted in the 20th century. Human Scale is a fun look at how we quantified things before measurement systems became standardized. Leila Santiago was spurred to start the project while working as an international grad student in New York, experiencing innately common systems of weight and height and temperature without a comfortable base of reference. 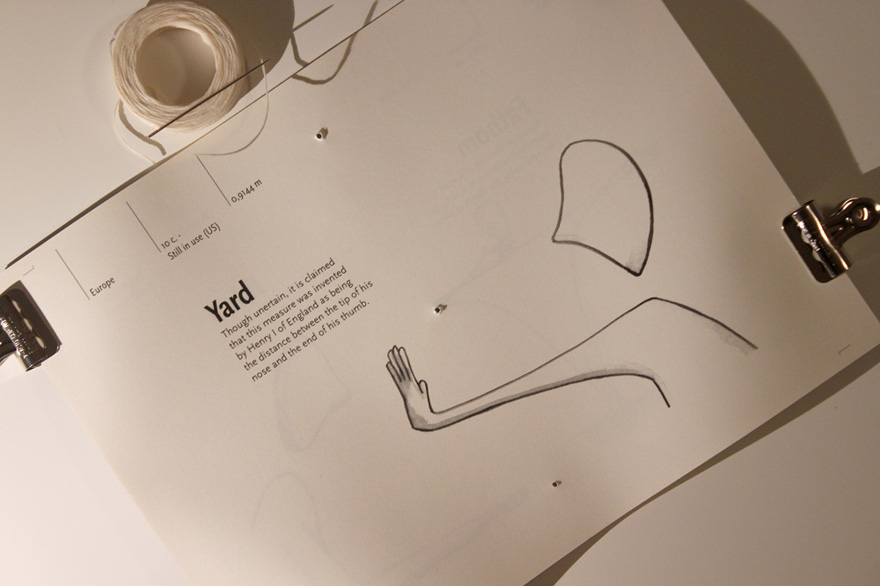 "When I moved to New York for my master's program, I found it difficult to discuss formal specifics with my classmates around our projects. "Should it be 5 feet deep, or 6?" I didn't know; in essence, I was having to learn the basics again." The little book was a project for a graphic design and illustration class in SVA's Products of Design program, and highlights interesting ways we've made sense of quantities in everyday use.

Larger units, like how much rice a person eats in a year, may be hard to wrap your head around with much specificity, but could have been more palatable information in simpler times... with fewer corner stores. Others, like the distance a dog's bark will travel, are both recognizable and poetic. Taken with their contemporary units, the project is a nice exercise in exploring human communication and history.