No Panties, No Problem: An Interview with Julie Sygiel of Dear Kate 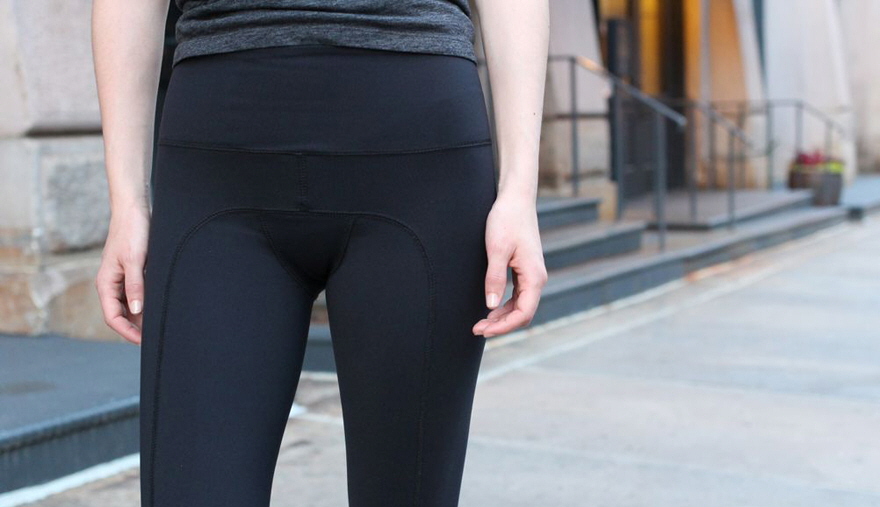 Over the last few months, the hot topic of conversation among myself and my female startup friends (and a number of male friends too) has switched from the usual suspects of Shinola, YikYak, Casper etc to an unlikely pick: the New York-based underwear company Dear Kate.

Dear Kate's marketing campaign for their Ada Collection—an underwear line taking its namesake from famed programmer Ada Lovelace—sent a controversial ripple through the press last August in response to its use of high ranking women in tech as underwear models. The small but outspoken company responded publicly to the criticism of 'setting back women in tech' with the hashtag '#notcontroversial,' backed by overwhelming social media support via photos from their devotees outfitted in the company's wares (and not much else).

The incredible devotion of Dear Kate users combined with the ability to strike just the right marketing cord has pushed them into the spotlight, often overshadowing the not-to-be underestimated design and technology credentials of their product. Admittedly, I had mixed feelings about the brand following the launch of the Ada collection, however the quality of their products and attention to the needs of their target audience wins me over every time. As their recent Kickstarter campaign for their new line of yoga pants proves, Dear Kate is doing something very right. The yoga pants use the same Underlux technology as their underwear and solve a number of sensitive issues for their users, unabashedly tackling everything from panty lines to incontinence. I caught up with CEO and Founder Julie Sygiel to shed some light on designing the yoga pants, Underlux technology and outspoken marketing. 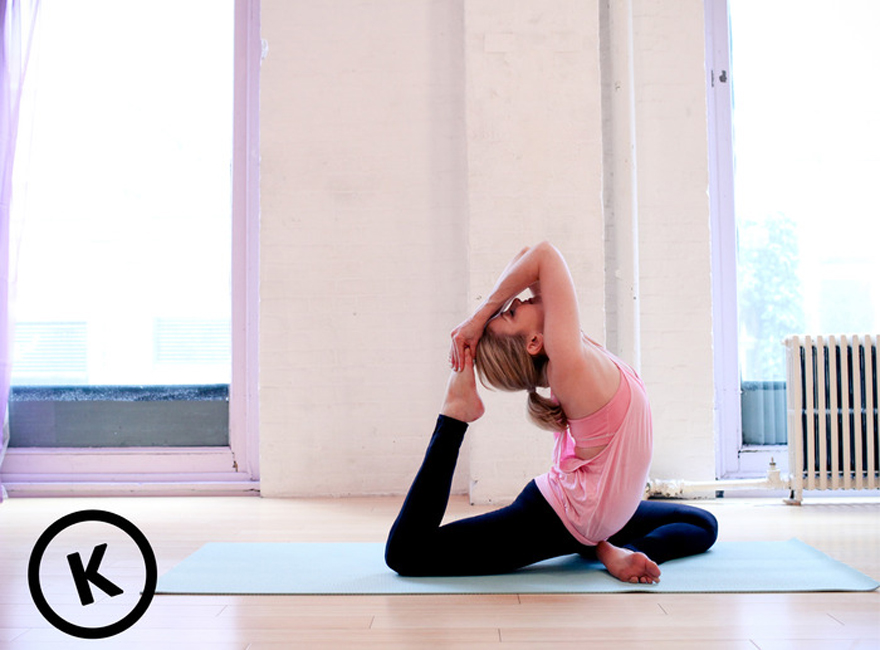 Julie Sygiel: The business plan for Dear Kate was hatched in my college entrepreneurship class. At first it was a fun, unique idea (especially given that our class was 80% male), and then the longer we worked on it, the more committed I became to actually creating the underwear. Studying chemical engineering in school gave me the confidence to dive in and start learning about technical fabrics. Once I got started, it snowballed into collaborating with textile development teams at fabric manufacturers to create Underlux. Instead of having to totally outsource product development, my science background allowed me to be the one guiding everything from the fabric to the designs to the construction and fit of the product, which is something that I continue to be very involved in today as we develop new products.

How has your background influenced the trajectory of the company?

Aside from my technical background, I've always had an interest in fashion and feminism. I was also a Girl Scout for 12 years and sold over 10,000 boxes of Girl Scout cookies so the notion that I could create and then market a product that is fashionable, plus make women's lives easier, was a dream come true. It checked all of my boxes in a way that I didn't know was possible and just felt "right." Once I started working on the business idea, it was addictive and became all I thought about. 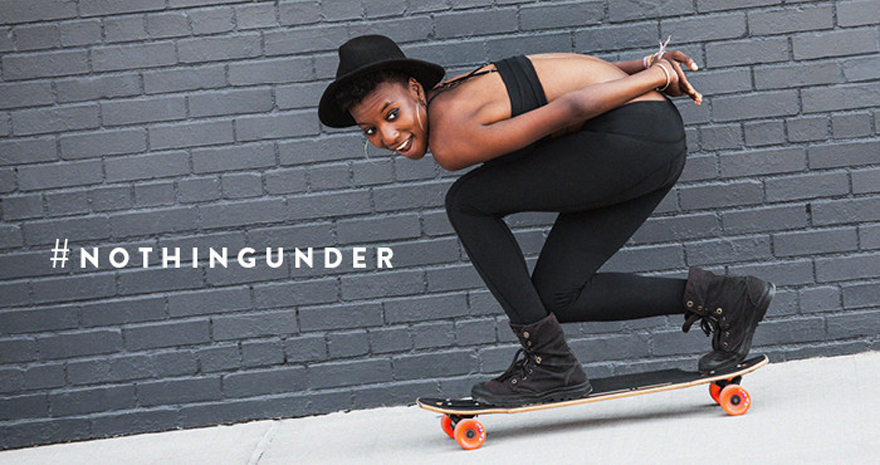 What was the impetus for creating the Dear Kate underwear and eventually yoga pants?

In the entrepreneurship class we started talking about women's underwear, and given that men's and women's bodies are different, it's crazy that we were still wearing undies made from the same fabric. Every woman has a horror story from "that time of the month," not to mention the monthly stress our period adds to daily life while we're busy working, studying, exercising and doing all the intense activities that ambitious women pursue. We first launched the underwear line so women are prepared for anything, any day of the month. That includes all of the crazy things that happen to a woman's body when she gives birth (I haven't personally experienced them yet, but likely will one day!).

Women started raving about wearing Dear Kates when they were working out and we realized that there was a need for us in the athletic market. Our customers requested yoga pants with our technical fabric and we figured out that Underlux allows women to wear nothing under their pants since it protects better than regular underwear. I hadn't previously tried wearing yoga pants without undies, and the first time I tried it, the experience was mind-blowing. I'm seriously not exaggerating. It felt incredibly freeing and I knew we were onto something.

Underlux is our patent-pending blend of fabrics that we use in every pair of underwear and yoga pants. The inner layers are moisture-wicking and stain-releasing so you never need to soak or scrub garments at the end of the day. The outer later is silky soft and provides an extra layer of leak-resistant protection for everything from cardio to Aunt Flo. In addition to being super comfortable, the lining is breathable and all pairs are machine-washable.

How did user testing and research influence the design of the yoga pants? When we were designing the yoga pants, we surveyed 920 women on what they love, hate, and dream for in a pair of yoga pants. I also personally tried on over 70 pairs of pants to example different fits, fabrics and construction techniques. We partnered with our sewing factory in NYC to special order flatlock sewing machines and bring our pants to life after countless prototypes and fittings. We also tested the pants in a range of activities including running, biking, yoga and dancing to see how they performed and then refined the fit.

Has the response to the Ada Collection altered Dear Kate's approach to subsequent marketing campaigns?

We like to feature women in our photoshoots who we admire because of who they are and what they do rather than simply how they look, so we were surprised that the Ada campaign was billed as controversial. We had featured non-traditional models in many previous collections and given that we make functional underwear that does more than simply look pretty, we feel that it's fitting to highlight women in our campaigns who are doing cool things. In my opinion women should be taken seriously regardless of what we are wearing. As far as changing or altering our approach to subsequent marketing campaigns, the response showed me how few companies actually take risks and portray women in roles outside of our current societal standards.

We are comfortable seeing super skinny models, mostly white, who have similar facial structures and thus fit into society's conventional definition of beauty. However, when Dear Kate produces something that flies in the face of convention, it provokes a lot of questions and I think challenges our norms in a positive way. Why should women be boxed into one profession? Why should only "professional" models be allowed to be seen in their underwear? What a woman wears has absolutely no correlation to her intelligence. 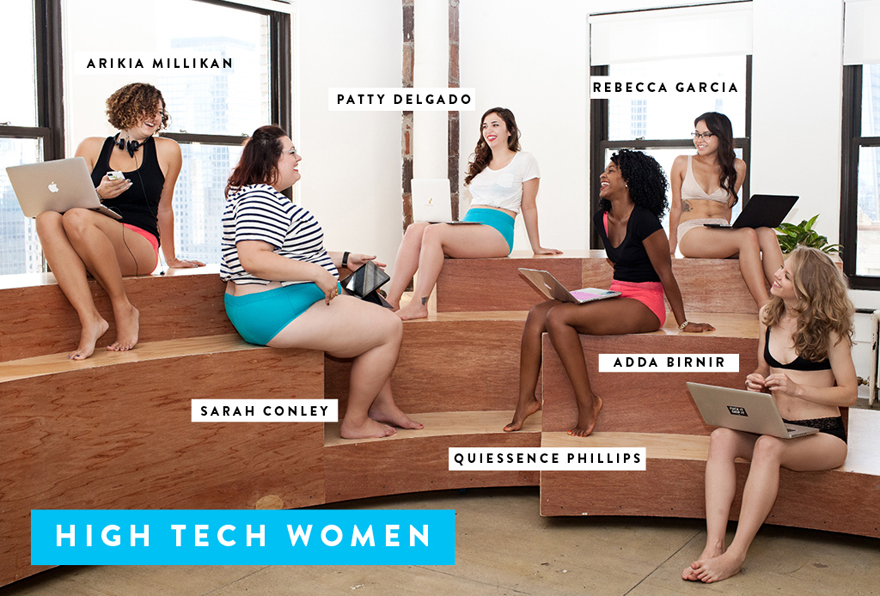 What's next for Dear Kate? What can we look forward to from your upcoming collections and new products?

We have a ton of exciting projects planned in 2015 including a yoga collection 2.0 that will incorporate feedback that we're getting from hundreds of our Kickstarter backers and customers who pre-ordered the pants on our website. We also have a few marketing campaigns up our sleeve that will continue to be bold and promote women that I promise won't disappoint. Beyond that, we have big plans to grow and continue creating thoughtfully designed products for women. That's all I can say for now!

No Panties, No Problem: An Interview with Julie Sygiel of Dear Kate