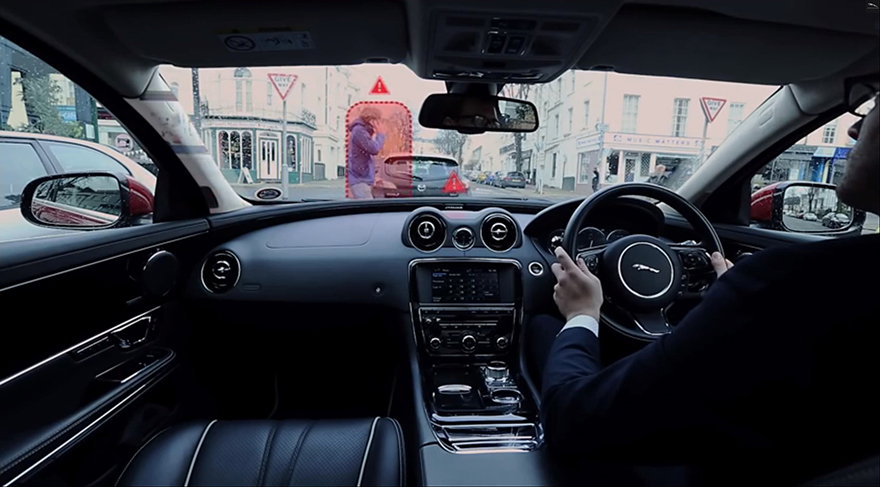 While the presentation is somewhat underwhelming, the concepts are interesting: Jaguar is reportedly working on a "360 Virtual Urban Windscreen," which aims to increase driver visibility and awareness through technical trickery and screen overlays, as demonstrated in this video.

The red-flagging of humans in the windscreen seems entirely doable with modern-day sensors and a heads-up display. I think what would make it more compelling is if it could show living beings below the beltline, like toddlers and pets.

The idea of transparent B-pillars is similar to the "invisible Prius" concept we saw last year, though the Keio University researchers working on the Prius actually demonstrated workable technology, whereas Jaguar is merely showing us a rendered-over video. Assuming Jaguar actually has the technical acumen to get this to work, I'd actually prefer to see it applied to C-pillars, as the current auto design trend of making them fatter (at least in my experience) seems to create the most troublesome blind spots.

The "follow-me" business with the ghost car seemed somewhat silly to me, but then it might prove useful for delivery drivers—and the increasingly awful taxi drivers that New York City is currently hiring. Though I suppose we won't be getting Jag taxis anytime soon.