What is Maker Speed Dater and Is It Coming to a Town Near You? 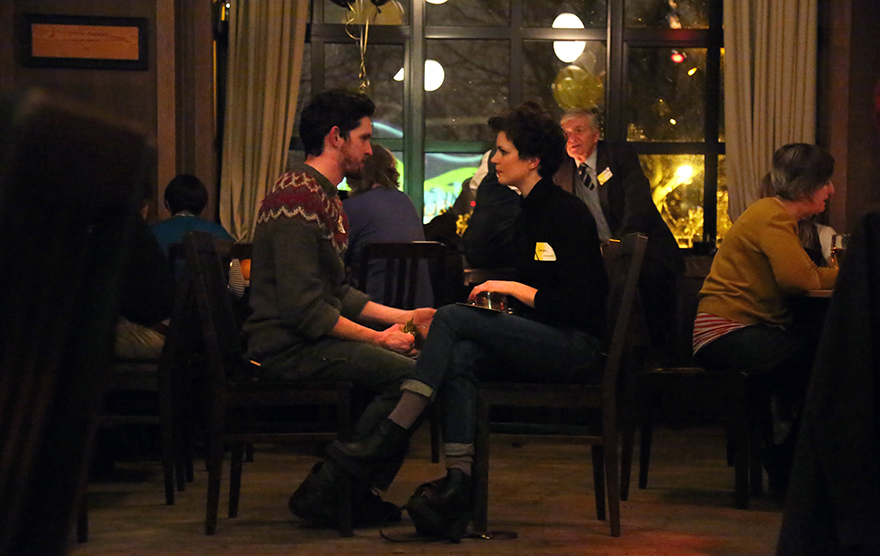 Maker Speed Dater is the brain child of the folks at Scottish maker-movement movers and shakers Make Works. As part of their mission to reignite local manufacturing, the design-grad run start-up has been trying to make it easier for designers to engage with industry—not least by building their breathtakingly gorgeous directory of Scottish factories and maker workshops captured in image, text and film. Aware of the limits of their online endeavours, Maker Speed Dater was born out of desire to break down barriers by getting face-to-face—20 designers, 20 makers/manufacturers in a room taking turns to figure out where the hell the others are coming from and whether there might be a chance to 'make work' together. The inaugural Maker Speed Dater took place in Glasgow—fittingly held in a local brewery converted from an old carpet factory—and the guys at Make Works invited us along to take a peek at the action.

With the room (romantically) arranged with soft candle light, lashings of wedding ("Just Married") confetti and transfer tattoos of industrial tools and processes (picture below—obviously for when things get properly intimate) manufacturers and makers took up position around the perimeter and the designers moving around the room to make introductions. Participants were given a speedy 3-minutes to ascertain whether there was a potential making match—and mark their score cards accordingly. With the call of the klaxon, it was quickly up and on to shake hands with the next hopeful. After two hours of frantic horn honking, hearty laughter, elevator pitches, and hurried business card exchanges, a full circle was complete, giving participants a chance to retire to the bar—mixed looks of utter exhaustion and wild inspiration in their eyes. 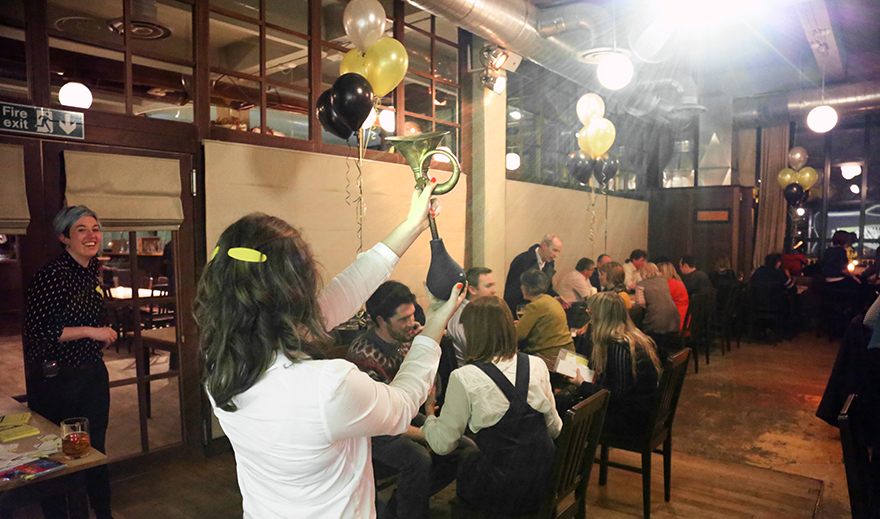 The folks at Make Works had put the evening down as a success, but it wasn't until the next day that they realized the impact of their event. Within the space of hours, emails from participants were flooding in with thanks for the connections they'd made and, more surprisingly, demands to know when the next event would be taking place or branching out to other cities! With the resounding success of Maker Speed Dater in Glasgow, Make Works is now planning Maker Speed Dater events across Scotland over the coming months. News of the format has also spread across the Atlantic—the Make Works crew is now working with NextFab to partner on an event in Philadelphia in May.

Intent to spread their vision of local manufacturing globally, Make Works hopes that Maker Speed Dater events will pop up in communities across the world. For those interested, the team is keen to get in touch with those who'd like to run their own Maker Speed Dater and will provide a guide to setting up and a selection of readymade resources to print out.

What is Maker Speed Dater and Is It Coming to a Town Near You?