Why 2015 is Making Us Think Differently About Sensory Impairment 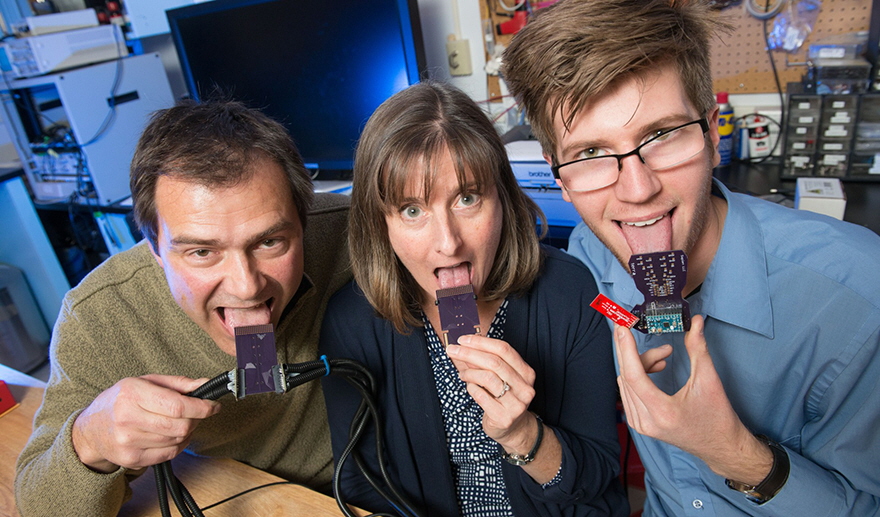 If you haven't seen it already, BeMyEyes is a wonderfully promising and impeccably presented app allowing fully sighted individuals to 'lend their eyes' to someone with a visual impairment to help them through their day. As the slick promo video above introduces beautifully, the app connects those in need of some eyes (a blind person needing to read a sign or label for example) with a community of people willing to help—who can use the blind person's smartphone camera to help with the needed task. I can hear the 'CEO's pitch already—'Like Uber for eyes!'.

As if that wasn't enough triumph for the overcoming of sensory impairment, researchers at Colorado State University have been in the headlines this week with news of a new device that could help the auditory impaired by allowing them to listen with their tongues—thus avoiding expensive and invasive cochlear implants.

To be clear, the device won't magically transform the tongue into a hearing organ, instead it transforms sounds waves into electrical stimulation applied to the tongue (apparently with a sensation similar to sampling sparkling wine). In time, the sensation can be interpreted by the brain—a bit like braille in your mouth. 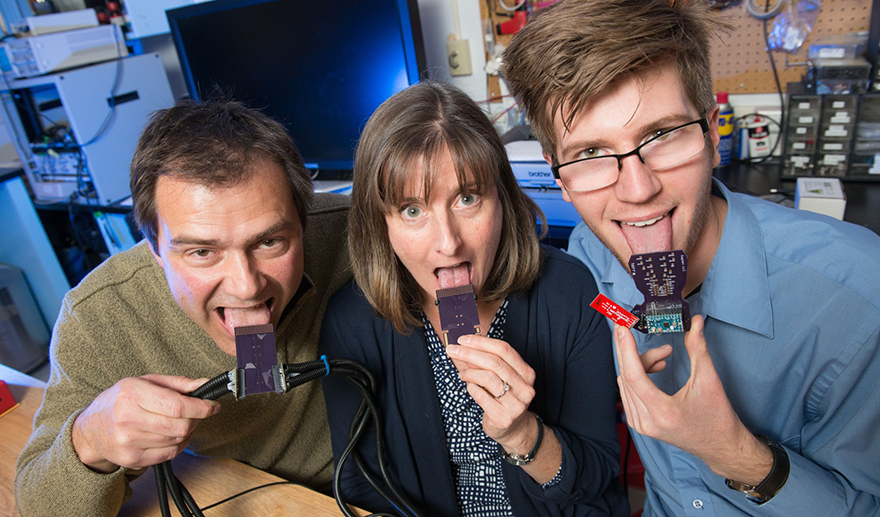 These developments are of course very exciting (we're wondering what implications these ideas could have for the impaired and unimpaired alike) but if you've been listening to This American Life's podcast recently you might already be questioning if these developments are as beneficial as they seem.

Earlier this month, This American Life reported on the remarkable story of Daniel Kish, who, when born blind, wasn't wrapped in cotton wool by his loved ones as most are, but instead explored his surroundings vigorously like any child. He slowly developed the ability to echolocate—effectively using sonar like skills to see his environment. In a process similar to how bats echolocate (though with more of a sound of dolphin to my ear), Daniel is one of a very small number of blind people who have developed the ability to snap the tongue (what a useful appendage) and use the reverberations to discern objects (stationary or moving). Fiercely independent Daniel has even managed to master riding a bike without eyes (don't try this at home!) and is now campaigning for better education (and, essentially, less mollycoddling) of blind children to help them develop their own life skills and independence. Blindness, it turns out (as some scientists have already theorized) may be a social construct (which our well intentioned innovations could be going some way to solidify). If your mind isn't blown yet, check out the video below and listen to the podcast.

Why 2015 is Making Us Think Differently About Sensory Impairment