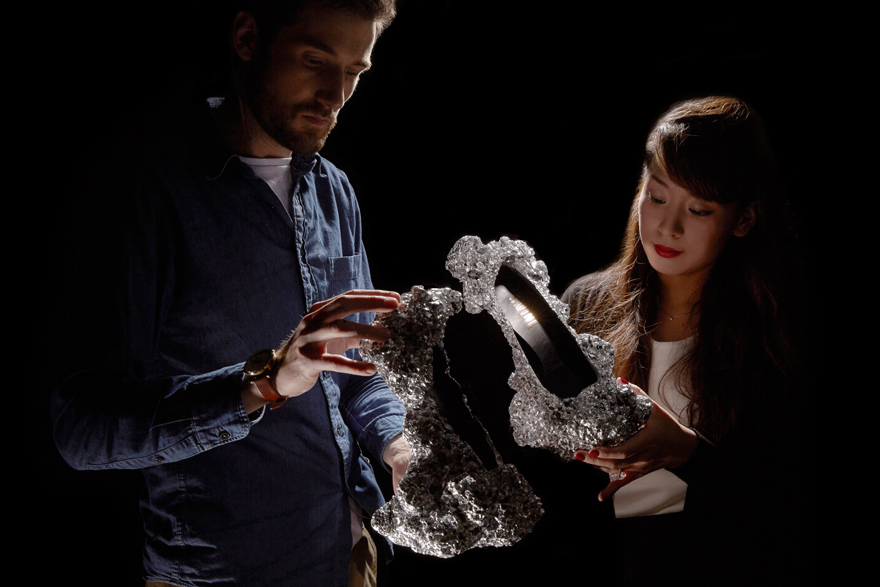 When Microsoft approached Azusa Murakami and Alexander Groves last November, offering to partner with them to realize a project of their dreams, it probably goes without saying that the duo jumped at the opportunity. Murakami, an architect, and Groves, an artist, make up the London-based studio SWINE (short for Super Wide Interdisciplinary New Explorers), and they were given only one requirement by Microsoft: to use its Surface Pro 3, a 12-inch, all-in-one tablet meant to compete with laptops currently on the market.

SWINE typically focuses on what Murakami and Groves describe as "luxury artisanship," with projects that are often handcrafted using a range of production techniques and innovative material applications. (You may have seen SWINE's Hair Highway, which uses hair to create a series of vessels, when it made the rounds of the design blogs a few months back.) With the Microsoft-sponsored project, the duo wanted to push things in a new direction. "We aren't a very tech studio," Groves says. "So we embraced the opportunity to do a lot of tech things, such as 3D scanning, modeling and CNC milling."

Murakami and Groves had been closely following the recent European Space Agency (ESA) mission to place the Philae lander on comet 67P. "It was such a plucky and inspiring mission," Grove says. "We really wanted to celebrate that incredible feat in some way." In addition, he notes, the studio had "always wanted to make heels." Those two desires came together with the Meteorite Shoes, a pair of high heels that, as Groves describes them, "capture the look and sensation of large rocks suspended in zero gravity." 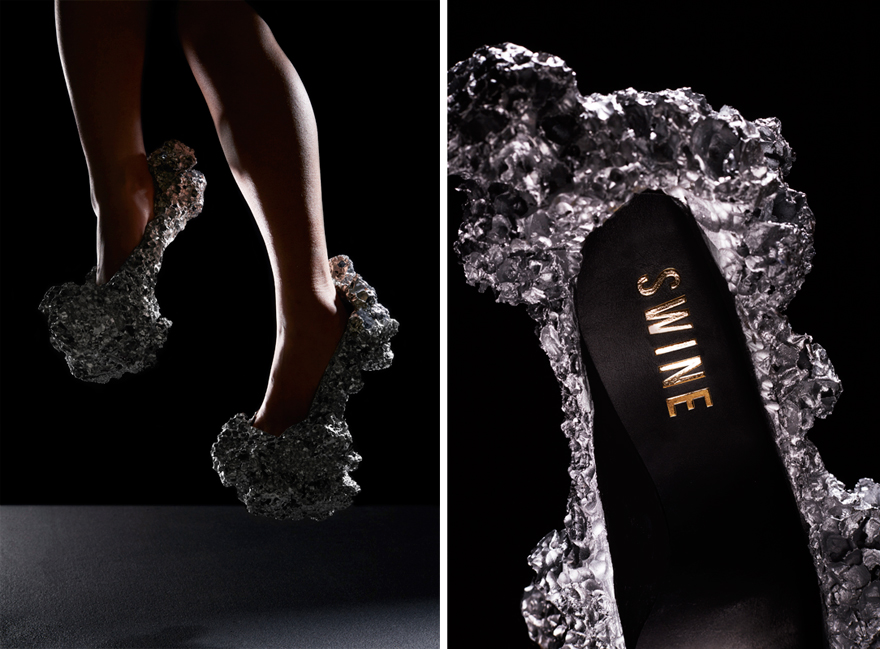 Top and above photos by Petr Krejci

Groves first called up a geologist he knew at London's Natural History Museum, pumping him for everything he knew about meteorites. The designer then made a trip to the vaults deep beneath the museum to see what is widely considered the best meteorite collection in the world. "We put together a proposal and had just three weeks to do the research, design, find the fabricators and make the project," Groves says. "It was like D-Day. There was no time for a prototype." For the material, they settled on aluminum foam, typically reserved for industrial processes such as energy absorption and compression beams in luxury cars—but perfect for its ability, Groves says, to form "bulky, rock-like irregular forms and be incredibly light and strong."Made by sending a gassing agent through molten metal, aluminum foam then solidifies, creating a pumice-like material full of thousands of irregular cells, with an exterior texture not unlike that found on moon rocks and meteorites. The final material used for the Meteorite Shoes was sourced from Germany and consisted of 90 percent air—the result was robust yet lightweight enough to actually float in water.

After getting the thumbs up from Microsoft, Murakami and Groves met with a traditional shoemaker specializing in women's heels, who taught them about construction techniques and loaned them a few shoe lasts to design around. SWINE also obtained a scan of a meteorite that gave them a shape and surface, which they were able to import into CAD and manipulated to create the form of the shoe. From there, one of the biggest design decisions was to pair a high-pitch last with a cantilevered heel—thereby avoiding the use of a stiletto and creating the illusion of feet stuck directly into celestial rock formations. 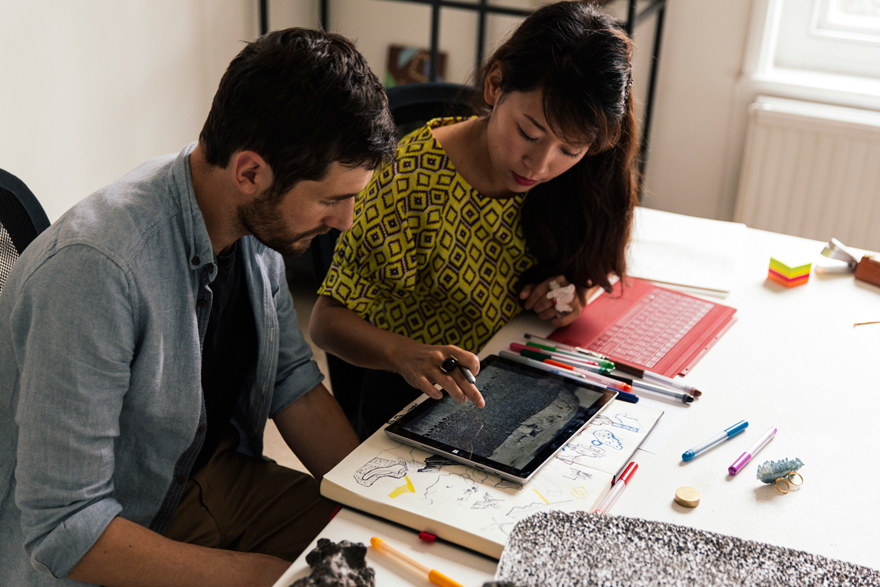 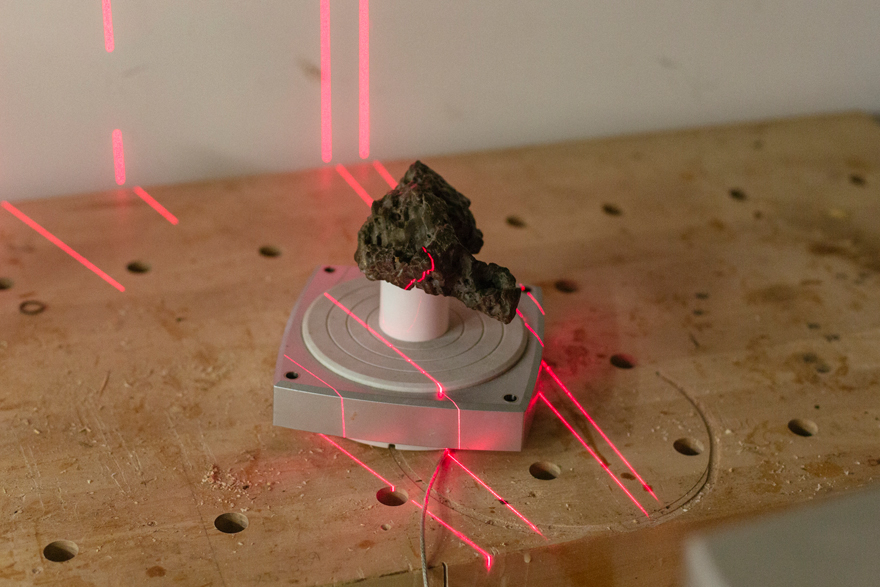 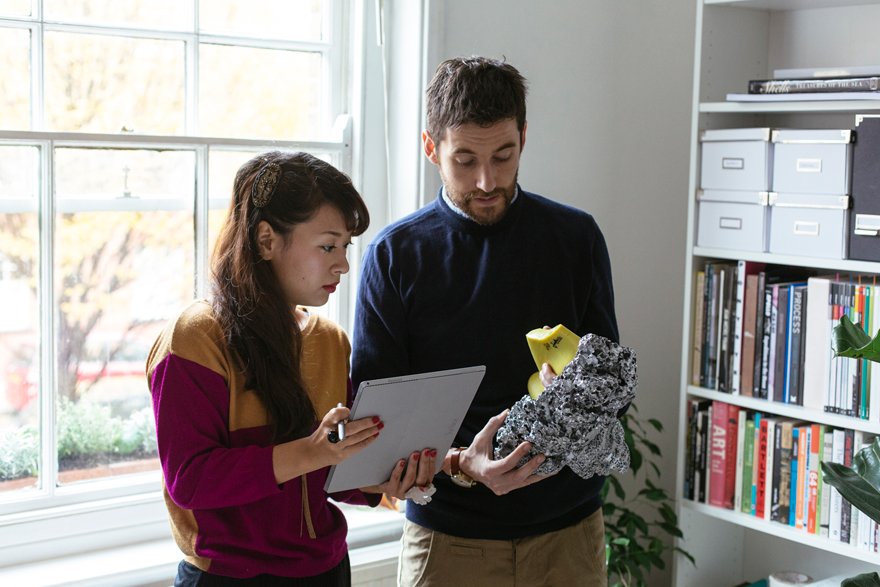 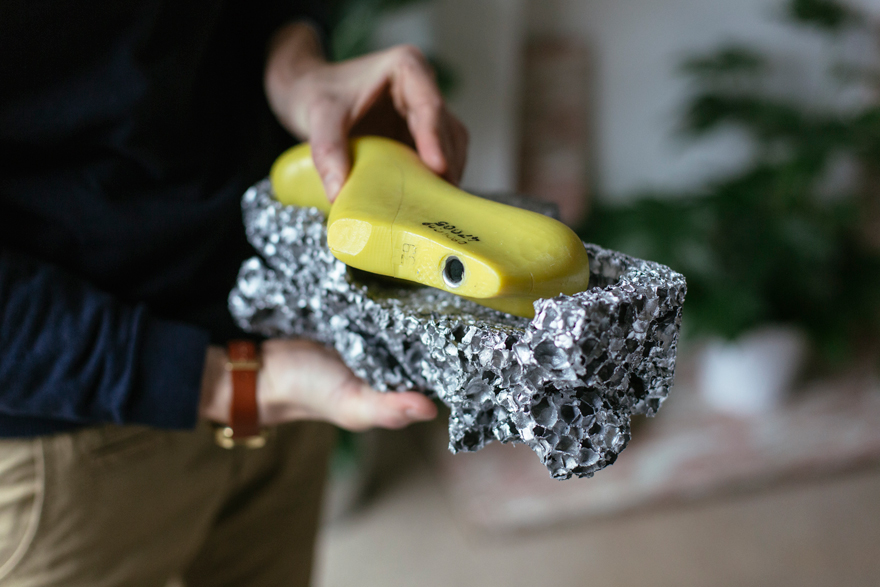 Starting with a block of aluminum foam, SWINE cut the material in half and carved out the shape of the shoe last from each side. The recess was then lined with soft Italian leather before fixing both pieces back together. The final form, developed from the scan of the meteorite and other manipulations, was cut using a CNC-milling machine. "The material is very challenging to fix to a CNC cutting bed on that scale," Groves says, "and the positioning had to be perfect to create thin walls in places without cutting through to the inside."

The final result is a pair of out-of-this-world heels with a seemingly impossible build—super steep with no sign of a stiletto in sight. A cleverly constructed cantilever comes out from the base of each shoe, providing support and taking advantage of the aluminum foam's structure and strength. While there are no plans to bring these cosmic kicks to market anytime soon, we look forward to seeing what SWINE comes up with next.