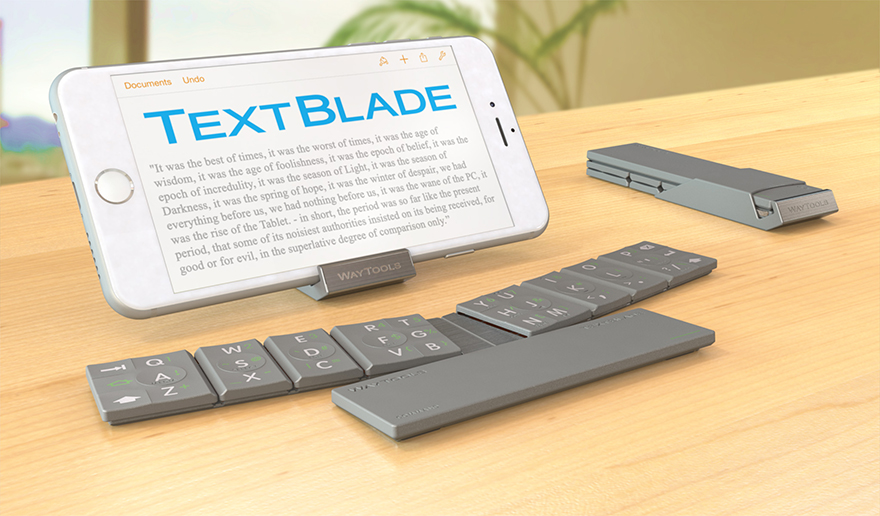 Holy COW this is cool, or at least, looks it. A California-based company called WayTools has developed the TextBlade, a diminutive, minimalist keyboard that nevertheless provides the same key spacing (19mm on center) as you'd get on a desktop or laptop, and 2mm of travel, which they claim "outperform[s] a Macbook Pro." And check out how this thing breaks down for storage and comes together for usage:

What you can't see in the video is that the TextBlade components apparently have some type of material or texture on the bottom that provides "rock-solid grip that hugs the table closer than a MacBook Air." It seems that that, in concert with the magnets, is enough to keep the thing from sliding around and/or disassembling, but to be fair I haven't actually touched one IRL.

In addition to the impressive engineering of how it breaks down and sets up, take a close look at the keys: 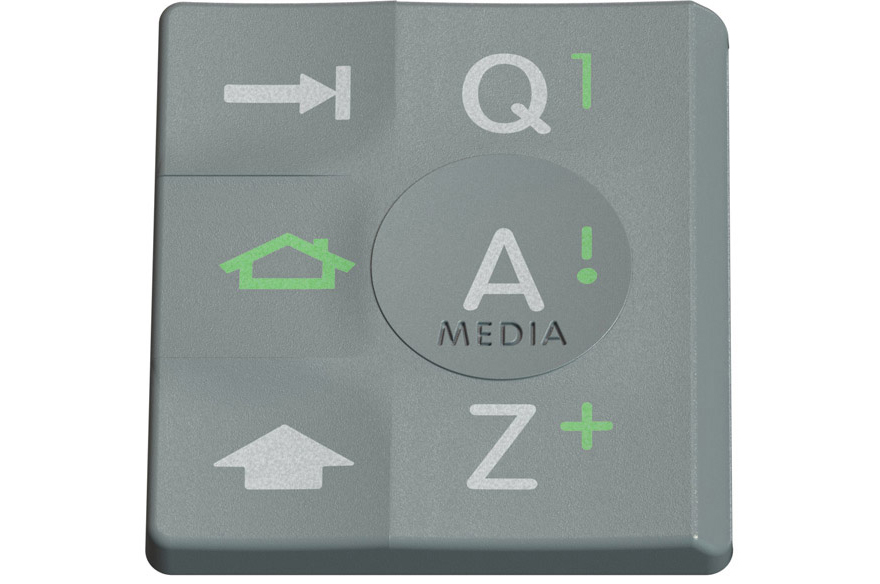 As you can see, what they've done is spread up to six characters on what is essentially a series of giant keys that can rock in different directions. They claim that their underlying, proprietary "MagLever" mechanism, coupled with software, provides both accuracy and a pleasing amount of mechanical feel.

As someone who hates typing on the iPhone—I've been known to violate modern etiquette rules and rudely call someone when texty conversations get too long—I'm eager to try one of the devices out. But for that I'll have to wait until it hits physical store shelves; while they're offering pre-orders on their website and estimate they'll begin shipping next month, something like this seems too good to be true and demands an in-person test before I'll plunk the $99 down.