Find Some Time to Relax in a Solid-State Bubble Bath 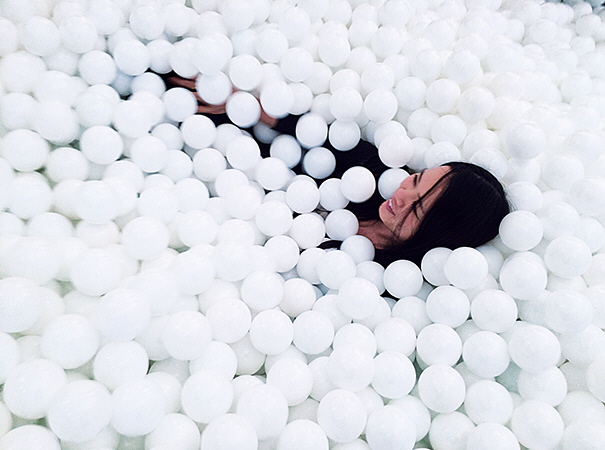 The ball pool is no longer a snot-covered cage match for young children whose parents are shopping for a new couch. As reimagined by Pearlfisher, a creative agency based in London, the ball pool is an adult playground, a relaxation zone, and, for some progressive businesses, a place to hold meetings.

This is not Ikea's ball pool. It is a vision in white, a white room in Hammersmith filled with 81,000 white balls. Thirty-one people can be fitted amidst the balls and Pearlfisher donates £1 to Right to Play every time a visitor enters the pool.

How is it that Pearlfisher's ball pool, despite its superficial modifications, has such a different effect on its occupants than the ball pool of your youth? The color scheme surely has an impact: a white palette is more soothing than a collection of neons and primary colors. Moreover adults are calmer than hyperactive children. (There is, admittedly, anecdotal evidence to counter that claim.) But the real explanation for the ball pool's transformation is that it is—and always was—a space onto which users could impose their whims and desires.

A ball pool, if you'll excuse the tautology, is a pool of balls. It has no defined purpose. You jump in and then ... well, what, exactly? It is the definition of free play: a space that encourages you to play but does not tell you how to go about doing it. Thus, the hyperactive can turn a ball pool into a battlefield and the mellow can turn it into a less liquid bubble bath. 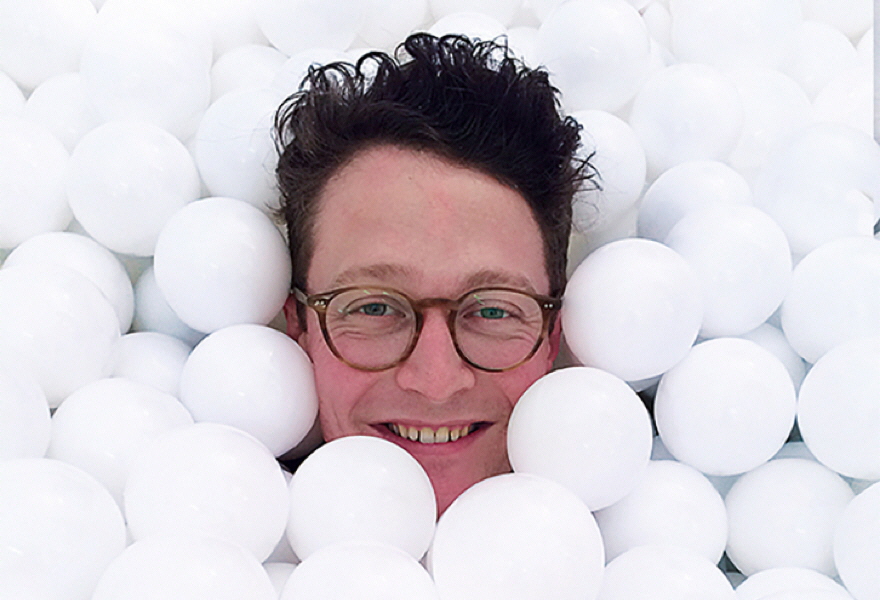 But this interpretation of free play denies Pearlfisher its dues. Free play spaces do not impose their will on occupants but they are nevertheless designed. If anything, it's harder for space to get out of its occupants' way, even more so when that space is filled with balls that are a hindrance to normal movements. This hindrance may be what makes the Pearlfisher's ball pool so relaxing: movements in a room filled waist-deep with plastic spheres are bound to be languid.

So, Pearlfisher's ball pool is designed but in an unobtrusive way and relaxing without being imposing. With all of these meanings and potential contradictions to mull over, perhaps its best to just sink into the pool, let the balls wash over you, and just relax.

Find Some Time to Relax in a Solid-State Bubble Bath