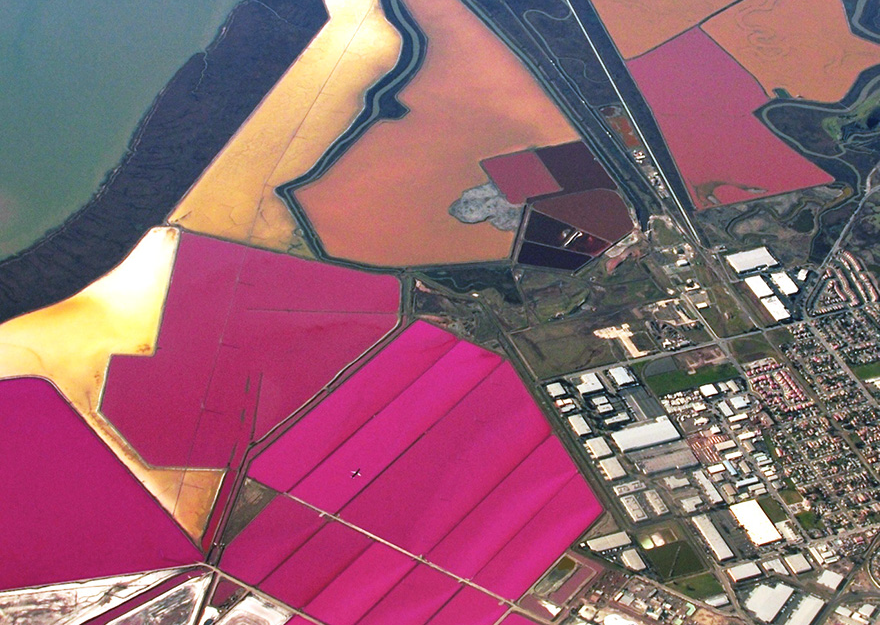 Sea salt is harvested by evaporating brine, i.e. ocean water, then scraping up the white bits. Obviously to industrialize this harvesting, you need to have your processing facility close to the shore. But for years food processing company Cargill, which has the highest revenue of any privately-held corporation in America, has been taking that a step further--in a visually-attractive way that can be seen by those flying over San Francisco Bay. It can also be seen on Google Earth: 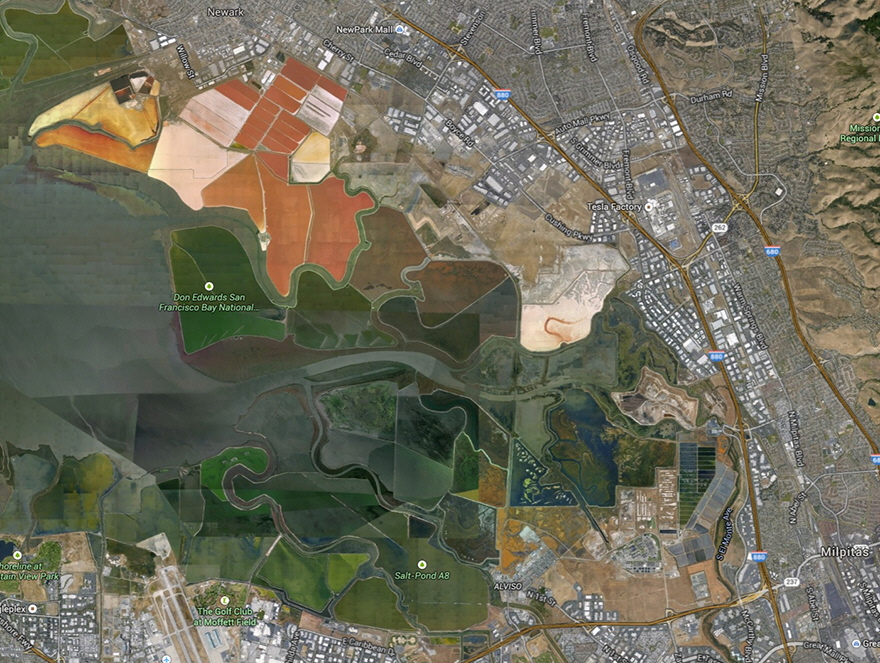 What you're looking at are artificial ponds that Cargill pumps seawater into. As the water begins to evaporate and the salinity levels increase, certain microorganisms begin to thrive in the water. Initially algae begins to form, which causes the water to turn bright green. 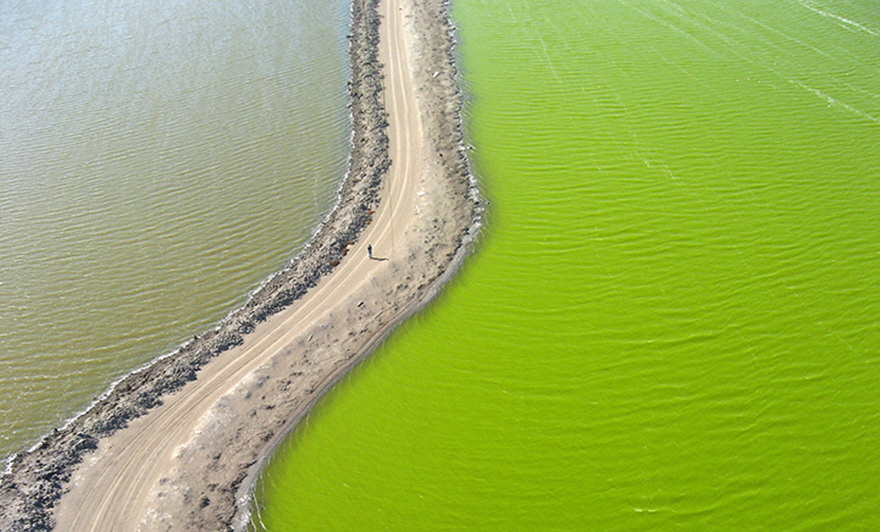 When a certain amount has evaporated and the salinity has increased, the remaining water is then pumped into secondary ponds, which begin to appear yellow and orange as brine shrimp develop. 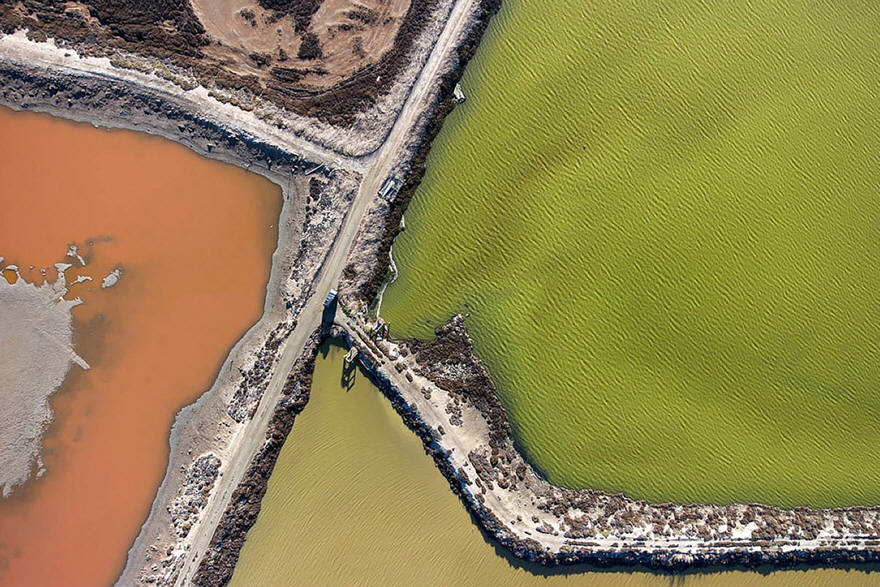 After yet more water evaporates, it's again shunted into another set of ponds, which turn coral pink and red as the high salinity gives rise to the reddish algae Dunaliella. 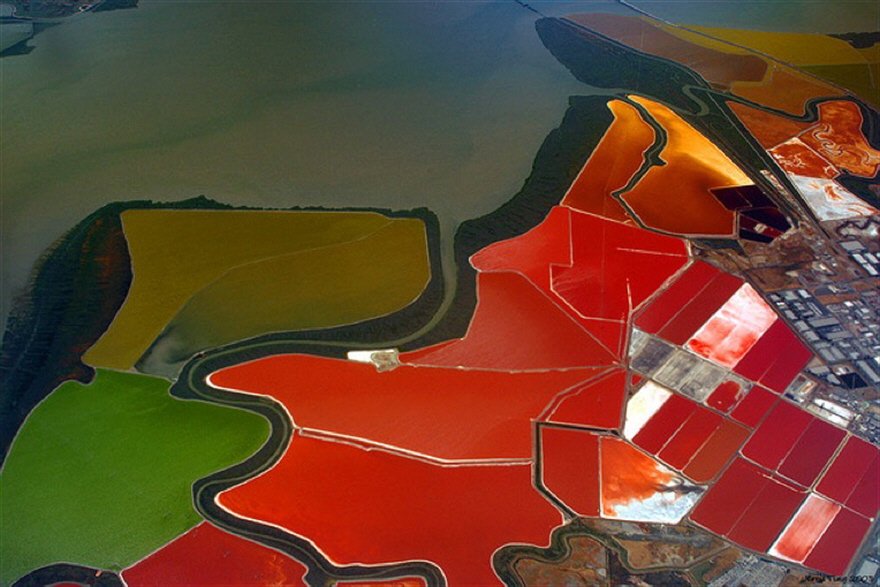 After this final red stage, as you can see in this photo, enough water has evaporated that salt is readily visible. 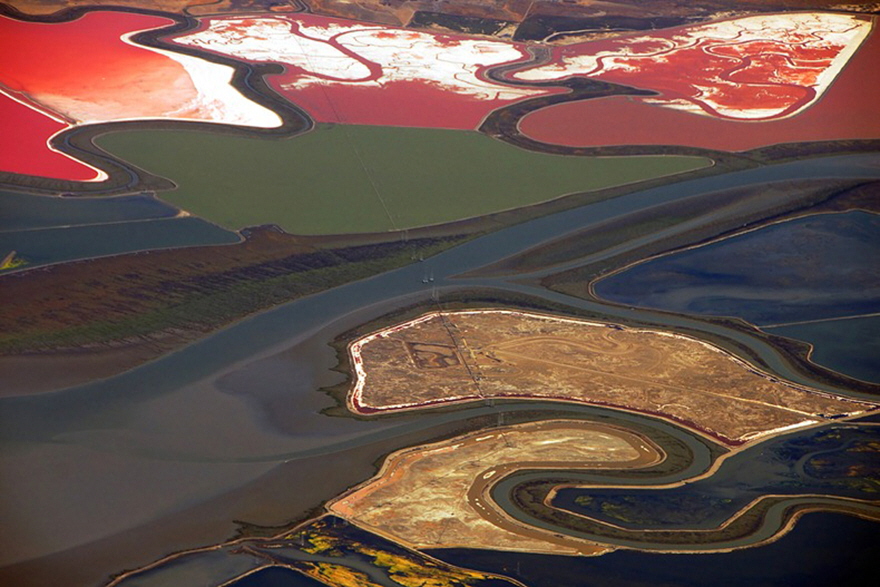 Now it can be harvested, some five years after the first batch of ocean water went into the first pond. 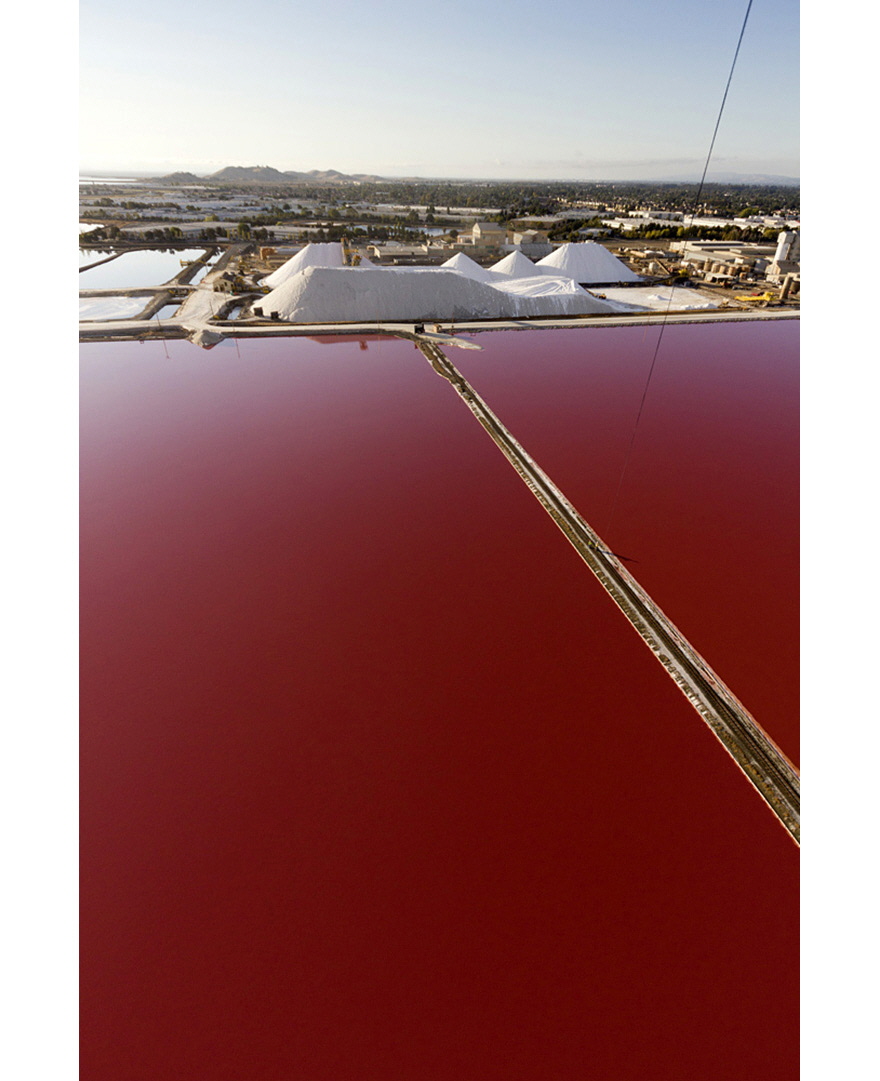 A little about the photographers whose work you see here:

Jerry Ting is a west-coast-based photographer for hire who is currently studying at USC.

Cris Benton is a retired UC Berkeley architecture professor & department head. He pioneered the predecessor of drone photography--using a kite and remote-controlled camera--way back in the '80s. Last year he released the book Saltscapes: The Kite Aerial Photography of Cris Benton.

Via My Modern Met