If the Terminator Were Re-Programmed as a Naval Firefighter

If you had to design a robot to fight fires on a ship, what form factor would you go with? The peculiarities of both ship architecture and fighting a fire present some unusual challenges that complicate the decision.

First off, the robo-firefighter has to be able to clear the raised threshold of a watertight door. That means wheeled robots are out.

So maybe you think a flying quadrotor would best be able to navigate a ship's narrow corridors. They'd also have no problem clearing raised thresholds: 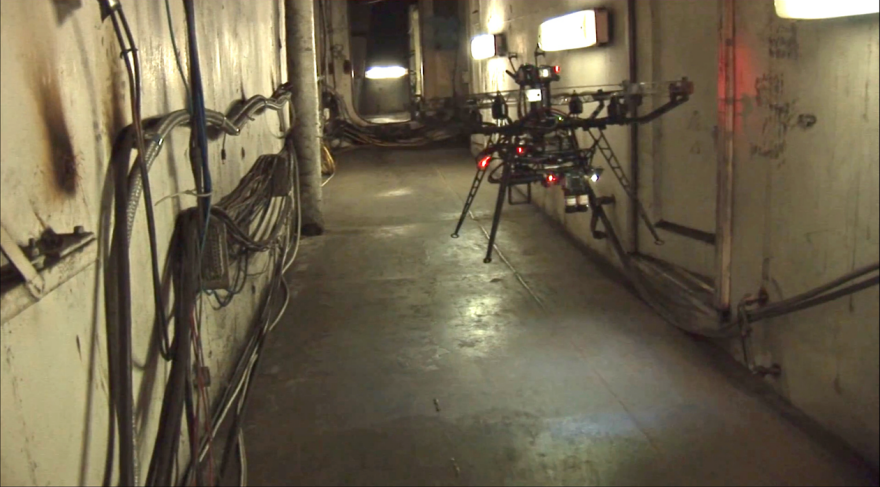 But the problem with a flying drone is that they're not strong enough to physically support a heavy hose with water coursing through it.

We don't know how many form factors the Office of Naval Research went through, but we do know which one they're settling on, at least for now: Humanoid. With legs that can stride across a threshold and hands and arms that can grab a hose from a reel and aim it onto a fire, it seems the most practical choice. 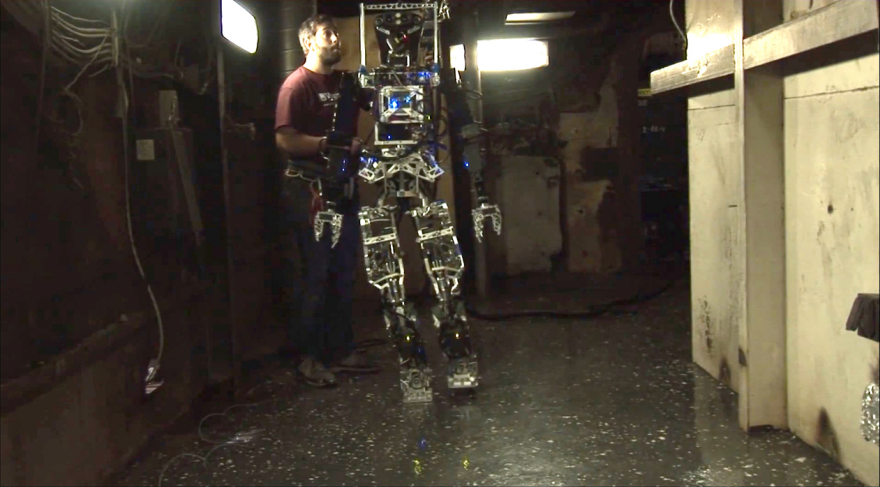 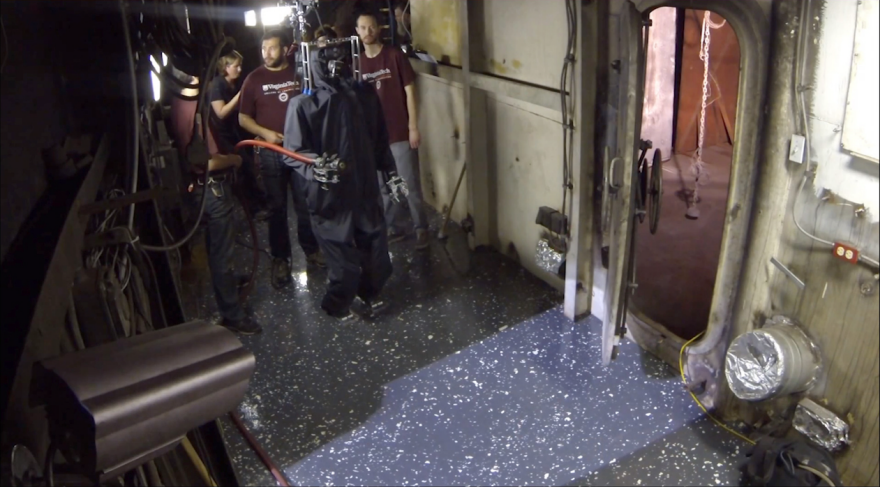 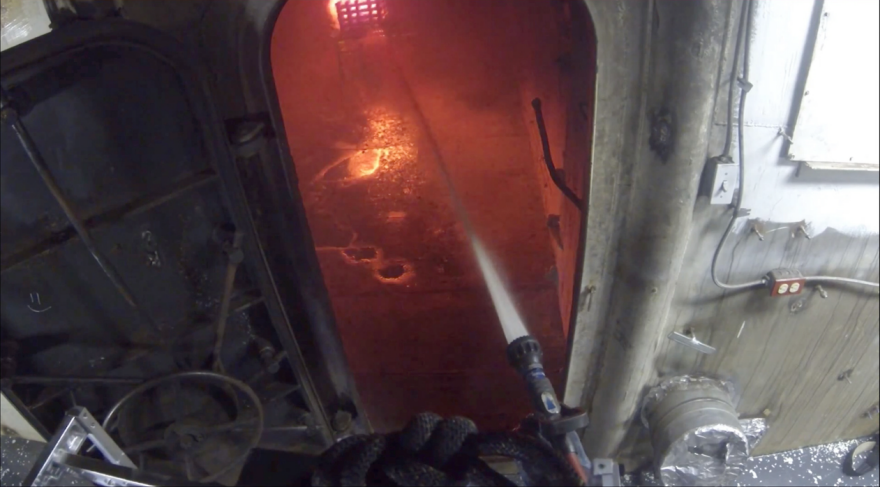 Which doesn't mean it's easy to create. For the past five years the ONR has been working in conjunction with engineers at Virginia Tech to create SAFFiR--that's Shipboard Autonomous Firefighting Robot--and they've now reached the point where they're undergoing limited trials on a test ship. For now the robot is far from autonomous and must be remote-controlled, but following a demonstrationon the U.S.S. Shadwell, the research team seems optimistic:

“The objectives for the demo on the Shadwell were to show that the robot could walk over a very uneven floor, that it could orient itself to the fire, that it could autonomously handle the hose, operate the hose, aim the hose and suppress the fire, which it succeeded in,” said Tom McKenna, who oversees programs in neuroscience and human-computer interaction at ONR, in a video released Wednesday describing the experiment.

As creepy as the SAFFiR's rotating LiDAR face is, it's a damn sight better-looking than the mug on this monstrosity they're testing in the lab: 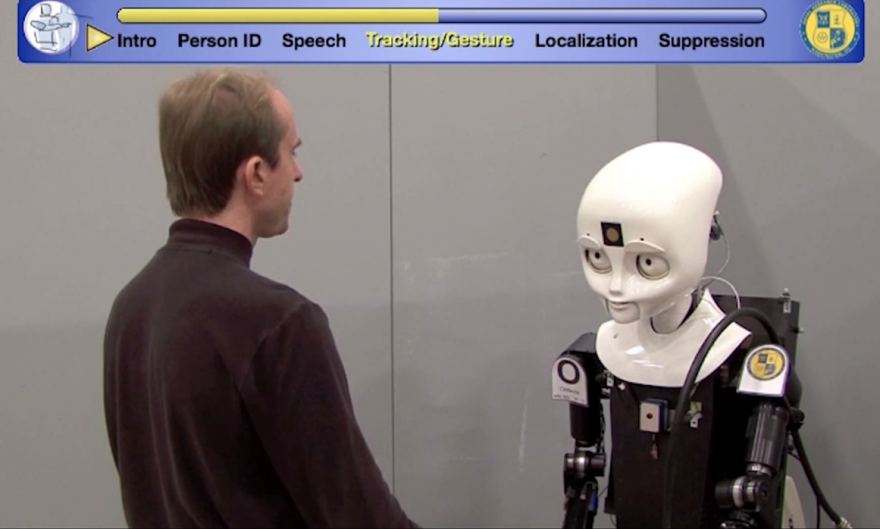 Robot: "My main job is to give you a nightmare you can never wake up from"

What do you reckon that one is, the post-fire personal counseling robot?

If the Terminator Were Re-Programmed as a Naval Firefighter