Is This Crazy Machine How Spiral Turnings Were Produced in the 18th Century? 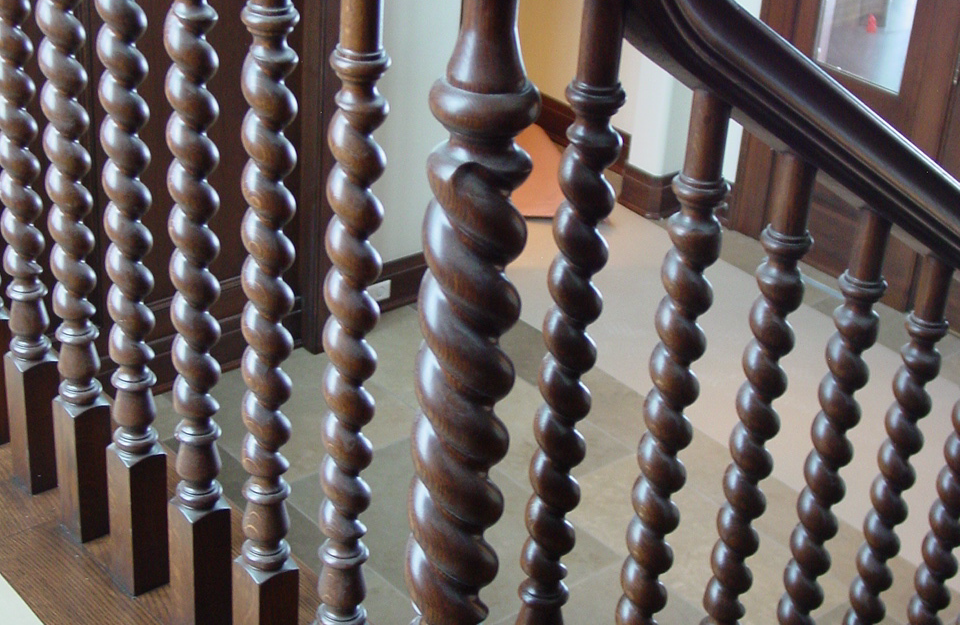 Lead image courtesy of Kim Vedros, who also created the work in the image.

YouTube is great for seeing how things were made, as long as you're not going further back than the 20th Century. For manufacturing techniques that predate the invention of the camera, we have to rely on written accounts and records to try to puzzle out how various items were manufactured. Obviously this gets trickier the further back you go, as documentation gets thinner and thinner—but that doesn't stop some people from trying.

A woodworker whose Facebook handle is "Mike Pod" (we're not "Friends," so we can't verify his personal details) is attempting to reconstruct "pre-industrial production techniques" from whatever old texts he can get his hands on. The video below shows his latest creation, his best guess at how they might have mass-produced spiral turnings prior to the Industrial Revolution:

When one commenter on the video asks if this is in fact how spiral bannisters were made back then, "Mike Pod" responds:

At this point there is no documentation, just first principle deduction: reciprocating (pole lathe) turning, spiral mandrels as used to rifle gun barrels, great wheels for power, and a crank and shaft to convert circular to reciprocating motion. All available, indeed common (to one degree or another) in the 18th century. I'm looking for consensus as to the probability of this manifestation and then a place to publish.

Given that lack of documentation, "Pod" has to guess at what might have been used from incomplete materials. He posts the following image as a starting point, and the description beneath is his: 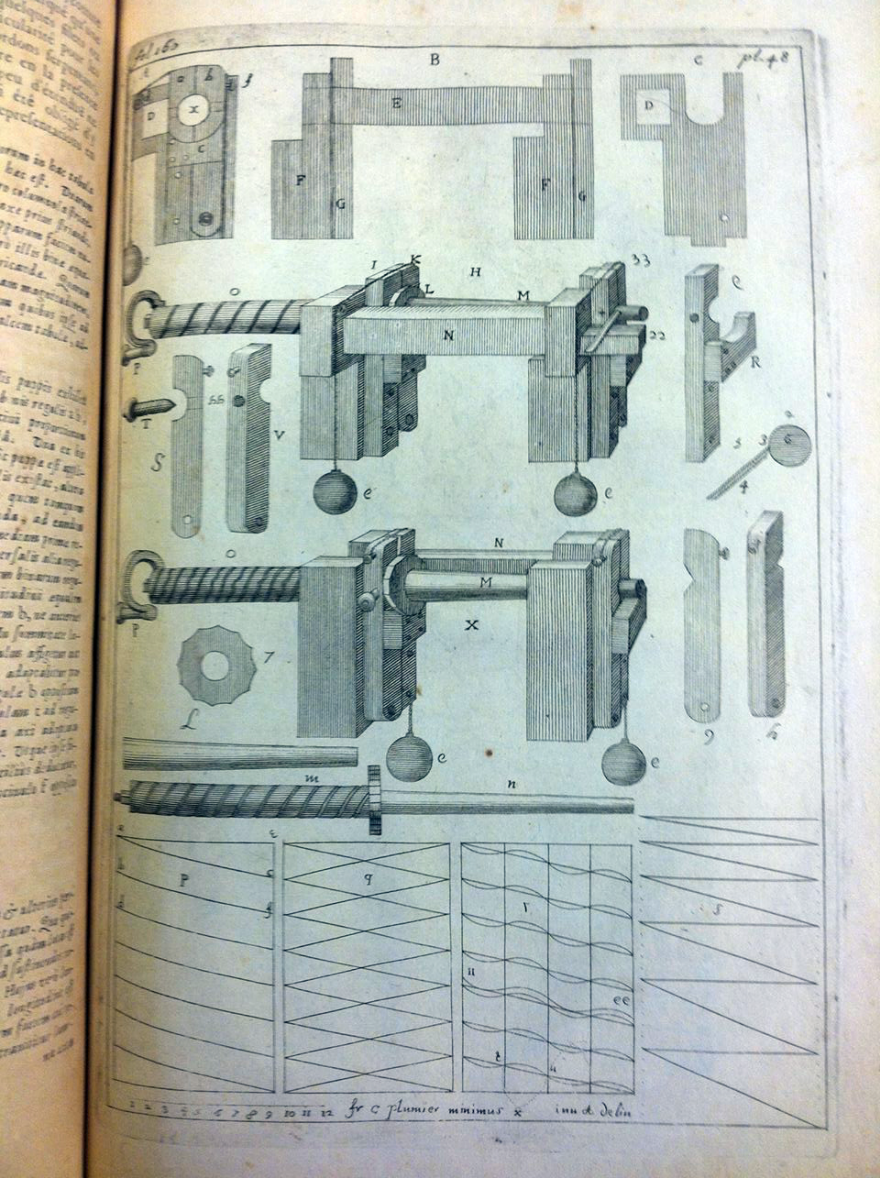 NOT the same machine, but clear documentation of the well-established general approach.

This illustrates ornamental spiral turning equipment for either ivory or very hard wood. Probably cut as Gabriel suggests with a pre shaped blade in rotary motion as opposed to the linear motion provided by the likes of a ripple molding machine. Doable, and with visually exciting results (as all ornamental turning has) but not applicable to simple production work as is seen in many 18th century houses in the North East, as well as much more detailed, yet still production turning, in the English country house. It is hardly a giant step from this slow, carefully tended hand cranked work to "Hey, mates, how about we whip this thing back and forth and I'll just cut the shape quickly with my regular turning tools like on the pole lathe! We can blast out a balustrade in no time!"

He also envisions that the power to provide the contraption came not from a buddy with a strong back, but from a nearby source of moving water:

Actually…I personally believe it would have been hooked up to a water mill somewhere along the drive train. However, when I broached that idea earlier in the development, it scared the horses. Thus, the more familiar hand driven great wheel. If I get the cutting end of the concept accepted as most-plausible by the gang, I'll see about one of the various historic water mills around the North East.

Is This Crazy Machine How Spiral Turnings Were Produced in the 18th Century?